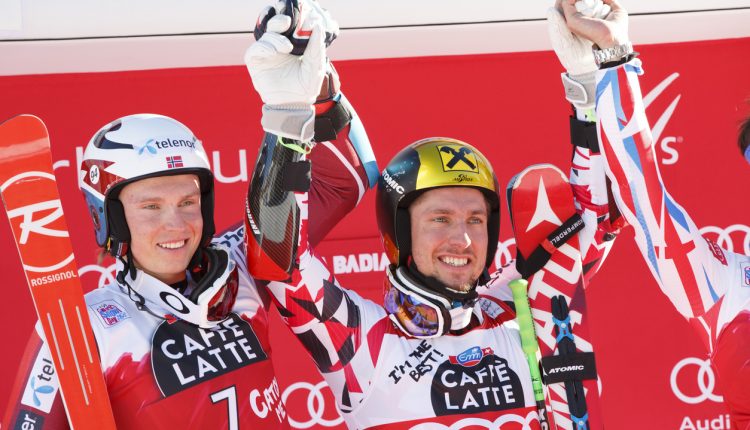 Banking corporations and automotive titans have something in common; they sponsor sports leagues and teams. But what’s the ROI on sports sponsorship and does it pay off? Below experts at Vindis explain for CEO Today.

Closer to home, Audi sponsor Bayern Munich football club and Chevrolet sponsor Manchester United. Sport sponsorship is almost tangible. Many automotive executives are collaborating with sporting events and sports clubs around the globe in return for their logos to be etched all over stadiums and apparel worn by recognisable athletes — and they trust that it is helping them sell more cars.

VW dealership Vindis explores how automotive manufacturers across the globe choose who to sponsor.

Volkswagen invested in a partnership with UEFA, which was confirmed in 2017. The sponsorship agreement confirmed that Volkswagen was to be involved in all UEFA events from 2018 until 2022. Throughout the four-year contract, the UEFA will celebrate its 60th anniversary of the competition, and UEFA EURO 2020 will take place in 13 countries. During this time, Volkswagen will launch its new ID. — the e-mobility family — to use from 2020 onwards. A busy four years for both organisations, enhanced by each other’s partnerships.

UEFA is one of the biggest international football governing bodies and is a big opportunity for Volkswagen to gain significant brand awareness and exposure globally. Speaking about the partnership with UEFA, the CEO of the Volkswagen brand, Dr. Herbet, said: “No other sport is as powerful as football or unites so many people. Furthermore, UEFA EURO 2020, which is being played across the entire continent, is a fantastic project. Our wish is to contribute towards building bridges between all countries and football fans with our mobility and creativity.”

For several years, Audi has been directly linked with international football teams. The German car manufacturer has been partnered with Bayern Munich football club since 2002 — and in 2015, the partnership was agreed to extend its contract to June 2025. Audi is rumoured to be paying an estimated €10 million per year for the partnership, but that also includes an 8.8% share in the football club, and its logo printed on the kits of the Bayern Munich players.

Other international links include Spanish club rivals Real Madrid and FC Barcelona. Real Madrid and the German car manufacturer have been vehicle partners since 2003, which allows them to utilise advertising rights with the 33-time Spanish champions, whilst the FC Barcelona partnership has been in existence since 2006 and Barcelona football players, including Lionel Messi, have been driving Audi models ever since.

BMW are the title sponsor for the PGA

The PGA golfing event has been sponsored by BMW for 13 consecutive years. The sponsorship will continue for the 2018 championship event, too. The PGA championship tournament is one of the most recognised events in the world of professional golfing and a highlight on the European sporting calendar. BMW’s partnership with the golf event means the brand is featured alongside prestige brand, Rolex, and has been part of the success of many winning professional golfers such as Seve Ballesteros, Sir Nick Faldo, Bernhard Langer, and Ian Woosnam.

Existing BMW customers can also enjoy exclusive rewards at the event including complimentary onsite parking, access to the BMW Owners’ Lounge where refreshments can be enjoyed whilst keeping up-to-date with ‘on-course’ action via live television coverage, and exclusive access to the 14th grandstand viewing area.

SEAT partner with the WSBK Championship

A sponsorship partnership between SEAT and Dorna WSBK Organisation was signed and confirmed in 2017. The agreement that meant that the SEAT Leon CUPRA became the official safety car at the world’s fastest production based motorcycle event — the MOTUL FIM Superbike World Championship. The Leon CUPRA was perfect for the event, as it appealed to the audience who would appreciate the performance character of the model.

Sponsorship included a significant amount of global exposure through billboard displays around the circuits in every country that the championship visited (13 races in 11 different countries on three continents). Additionally, the safety vehicle will be on the circuit throughout the warm-up lap of every race — an opportunity for the brand to be seen and show what the brand values.

Director of strategy, business development and operations at SEAT Sport, Antonino Labate, commented: “We are very pleased to partner with the Superbike championship with the Leon CUPRA as the official safety car as it gives us the ideal platform to demonstrate our model’s features and performance.”

Sporting events are watched worldwide by millions of people, young and old – which is why automotive manufacturers choose to invest their money in sports partnerships. In 2013, Infiniti became the title sponsor for Red Bull Racing in Formula One for an estimated $45.5 million a season.

“Formula One runs two-thirds of the year, it has 19 races and is watched by half a billion people around the world,” says Vincent Gillet, vice-president for global marketing at Infiniti. “As a brand which has performance at its core, there are few platforms with which we can showcase that at a global level.”

Sporting sponsorships almost guarantee global exposure for automotive manufacturers – it’s a no brainer. It is difficult to get the same level of exposure by sponsoring causes, festivals, entertainment and other events. Football, the Olympics and golf, which currently acquire half of the automotive sponsorship spend, are watched by a significant amount of the world’s population – and with football being the world’s number one sport by a significant amount, it comes as no surprise that football clubs, both national and international, are top of the list for many automotive sponsors.

Securing a sponsorship partnership with sports that match brand image and target demographics, as well as acquire rights that provide exposure and activation opportunities in their key markets is crucial to success! And is why big brands such as Audi, VW and BMW use the strategy.