Imagine reading a job description for a CEO role and a requirement reads: experience with wars. This would have been unthinkable four weeks ago, but many CEOs have had to deal with a situation that hardly anyone outside the intelligence community had on their agenda – a war on European soil. 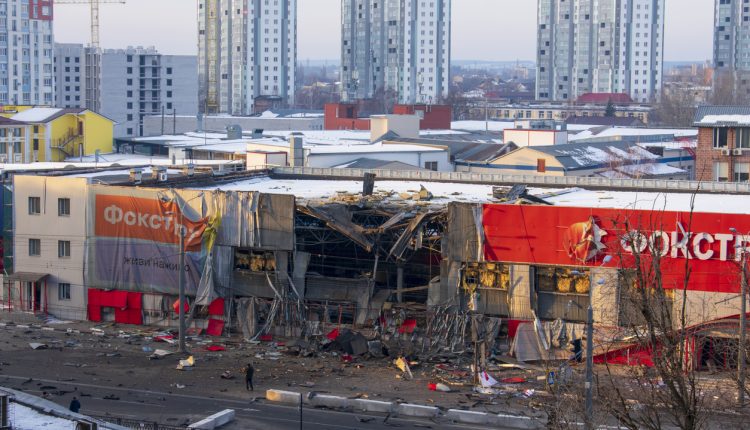 Without much forewarning, leaders have had to make strategic decisions which on one hand affect their immediate P&L and on the other will affect the long term corporate strategic direction. Pulling out of a market or identifying new business partners to guarantee supply and delivery normally require careful consideration and long decision-making times. Following the Russian invasion of Ukraine, CEOs have found themselves in the position of having to make immediate decisions or face the risk of losing not only part of the business but also the company’s reputation forever.

Some CEOs, in particular those who are in industries that have the luxury of being less exposed to Ukraine and Russia, have made the easy decision to donate money. Others, like the leadership of BP, have quickly recognised the writing on the wall and have stepped away from their Russian business interests. Some management teams like Shell have struggled by first trying to benefit from the events only to find themselves faced with public outrage and then being forced to retract their decisions with a public apology going viral on social media. Finally, some select few have argued that they also have a responsibility towards Russian customers and suppliers. For instance, the CEO of Danone highlighted Danone’s responsibility to Russian farmers and customers justifying continuing operations in Russia and only freezing new business. Similarly, Heineken decided to stop selling products under its own brand and to firewall the business in Russia from the rest of the organisation while keeping operations intact to support local employees. Some keep a low profile, not announcing anything, keeping their business relationships in Russia and hoping for a quick end to the war.

While it is difficult to say what the right strategy is, given the rapidly unfolding events and different circumstances each firm is facing, some general considerations can be made from the responses of different organisations to this unprecedented situation. Also, from the worst moments in life, one can focus on the learnings which may help guide leaders in the future.

Know your red lines and be mindful of the general sentiment

Companies need to draw red lines on what they accept in the business environment. While multinationals have often been criticised for not being loyal to any country, being attuned to the general sentiment in society is central in formulating an acceptable response in the current situation. Companies have come under pressure for showing contribution to society and cannot afford to be out of sync with the general sentiment of their dominant markets. The response to Shell’s profiteering shows clearly that society is ready to revoke its acceptance if a company does not draw red lines and is tone-deaf, with dire consequences for the reputation of the company.

A short-term response is always expected by stakeholders and no CEO can afford to ignore the situation in a world where companies are also increasingly understood as political actors. However, any short-term response should not foreclose strategic options for the long term. While decisions clearly need to be made under time pressure and with limited analysis, a key consideration is the expected outcome scenario. Is it conceivable that in the foreseeable future, Russia returns to become a reliable business partner or are investments lost forever? Some companies, such as Heineken or SAP, clearly seek solutions that create strategic flexibility and would allow them to return to Ukraine and possibly Russia, even if the latter seems unthinkable at the moment.

Know your direct and indirect exposure

The level and nature of exposure to extreme events, like the Ukraine war, require unique consideration to formulate an adequate strategic response. For example, for some companies, like many small and medium-sized organisations in the IT sector for whom Ukraine has been a key outsourcing location, responding fast can become a matter of life or death. Others with more restricted or even no direct exposure can respond in a more measured manner. However, even this latter group should have the sense of urgency to consider its indirect exposure. Sometimes extreme events like the Ukraine war (or the recent COVID-19 pandemic) have the potential to reshape the global economy for years to come. And CEOs who know how to respond, have the visionary capabilities to assess direct and indirect links of their business to the events, and do it faster than others, are likely to be seen as capable leaders that the best talents will want to work for.

Build the foundations for resilience in normal circumstances

While a war on European soil was not easily predictable, the general concept of hoping for the best but always being prepared for the worst applies to organisations as much as it does to individuals. Organisations with solid business processes, contingency plans and that base their business on solid business practices rather than on opportunistic behaviour and relationships, are more likely to adapt successfully to unexpected challenges. This holds all the more true if they can invest in regular foresight exercises and engage in scenario planning to be better prepared for the worst and to be able to make informed decisions when actual events unfold, and time is scarce.

When the going gets tough, the tough should get going. But organisations, like individuals, need to build the body and the mind that is needed to navigate the worst times. This requires a solid top team, with strong, ethical principles and one that is not too entangled in daily routine work so that they have the strategic foresight and independence required in the most difficult times.

About the author: Marianna Zangrillo and Thomas Keil are internationally recognised authorities on CEO, leadership, and strategy topics and co-authors of The Next CEO: Board and CEO Perspectives for Successful CEO Succession (Routledge)