How Rich Is Vladimir Putin? 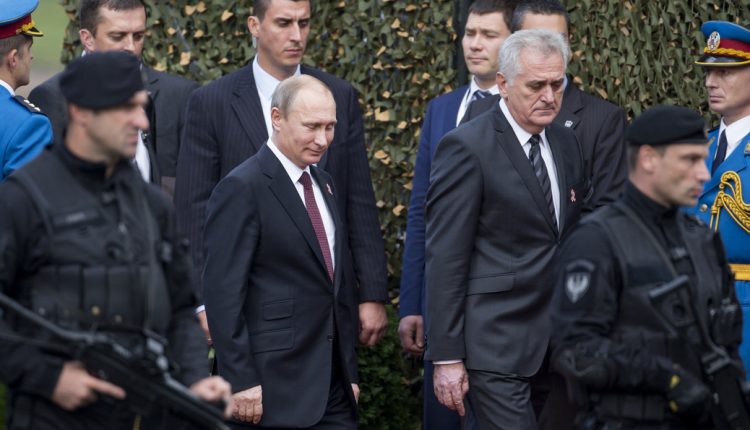 As Russia’s unprovoked attack on Ukraine continues, heads are increasingly turning to the country’s president and his mysterious fortune. How rich is Russian President Vladimir Putin? Is Putin richer than Tesla CEO Elon Musk? And how did Putin amass his elusive net worth?

In 2018 the Kremlin disclosed that President Putin earned around 8.6 million Russian rubles. However, experts maintain that this is far from the full extent of Putin’s wealth, with the Russian leader rumoured to own several homes, 43 planes, fleets of yachts, expensive cars, and, allegedly, a presidential palace that featured in a viral video by Putin’s opponent Alexei Navalny.

Former Russian government adviser Stanislav Belkovsky recently estimated the Russian leader’s fortune to be worth approximately $70 billion, while US hedge fund manager Bill Browder estimated said that this figure was more likely to stand at around the $200 billion mark.

If accurate, this would make President Putin one of the richest men in the world, trumping the likes of Warren Buffett, Mark Zuckerberg, Bill Gates, and even Amazon founder Jeff Bezos.

Is Putin Richer Than Elon Musk?

At the time of writing, Tesla and SpaceX CEO Elon Musk is estimated by Forbes to have a net worth of $225.8 billion. He is also predicted by Morgan Stanley to become the world’s first trillionaire thanks to his space company. However, Musk’s net worth is volatile. At the end of February this year, the Tesla CEOs’ net worth dropped below the $200 billion mark as Tesla shares fell for the fourth day amid a broad decline in global stock markets —  somewhat ironically due to the geopolitical tensions surrounding Russia and Ukraine. At this point, and according to Browder’s estimation, Putin would have taken the top spot as the world’s wealthiest man.

However, Musk’s net worth has since recovered, and with Putin’s net wealth so difficult to pinpoint, it is impossible, at least for now, to know which of the pair officially takes the top spot.

How Did Putin Become So Wealthy?

The first theory relates to a Russian businessman Mikhail Khodorkovsky,  who was once believed to be the country’s wealthiest man with an estimated fortune of $15 billion. However, in 2003, Khodorkovsky was jailed on charges of fraud and tax evasion, which he continually denied. It is widely believed that Putin was behind Khodorkovsky’s arrest, which came just months after he criticised Putin over state corruption. Following his arrest, Khodorkovsky’s wealth was frozen and his oil company, Yukos, was disbanded.

Speaking to Forbes, Browder suggested that Putin may have used Khodorkovsky’s arrest to sever and form deals with other wealthy Russian business people: “The deal was, ‘You give me 50% of your wealth and I’ll let you keep the other 50 per cent […] If you don’t, he’ll take 100 per cent of your wealth and throw you in jail.”

A second theory highlighted by Forbes is that Putin amassed his wealth via his government influence, with those in his inner circle offering him cash or company stakes in exchange for his assistance. Many of Putin’s close friends and allies have amassed a huge amount of wealth over the years. A 2017 article called “Putin and the Proxies” estimates the total wealth of the Russian leader’s inner circle to stand at nearly $24 billion. An individual example of this is Russian businessman, and friend to Putin, Arkady Rotenberg, who was paid over $7 billion in numerous state contracts in the run-up to the Sochi Winter Olympics in 2014.

The third theory is nicknamed the “Bluster Model” by Forbes and explores the possibility that the Russian president doesn’t actually have vast quantities of wealth and merely creates the impression that he does. In 2013, Bloomberg columnist Leonid Bershidsky suggested that Putin has no need for personal wealth: “He has the whole country at his beck and call,” Bershidsky explained. “It is enough for Putin to snap his fingers, and state-owned companies will cede assets to his friends at bargain-basement prices.”

Nonetheless, these three theories remain merely that. Exactly how President Putin became so rich — or whether he really is rich at all —  remains a mystery to most.

“I am the wealthiest man, not just in Europe, but in the whole world. I collect emotions. I am wealthy in that the people of Russia have twice entrusted me with the leadership of a great nation such as Russia – I believe that is my greatest wealth.”  – Vladimir Putin