What Do Elon Musk, Warren Buffett, And Steve Jobs All Have In Common? 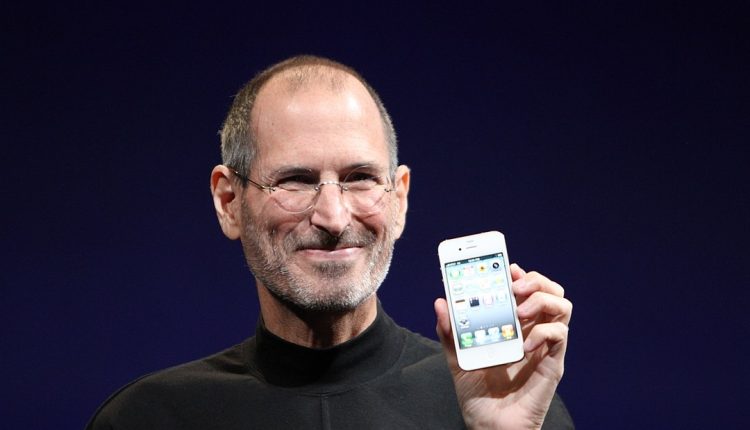 An obvious thing is the huge personal fortunes made from the companies they built. The less obvious thing is how they skillfully used language to build those companies (and those fortunes). Steve Jobs and Warren Buffett had a consistent voice that built consistent value. However, the same can’t always be said for Elon Musk, especially as he’s just wiped $140b off TESLA’s value.So, should a CEO have a strong voice or should they leave the comms to someone else? And if you want to build a strong voice for your company, what do you need to pay attention to?

Steve Jobs was seemingly invested in every corner of Apple and he engineered his language Apple’s language as carefully as he engineered Apple’s products. More than most CEO’s, he understood that language is working everywhere, all the time. It’s shaping how we view and value a product, an experience, a brand, a company.

It’s a tribute to his influence that even today a conversation on the shop floor in the Aberdeen Apple store sounds remarkably the same as a conversation in Manhattan’ flagship store. But perhaps his biggest stroke of language genius is upstairs in those stores.

With just a careful choice of language, he made us all prepared to be happy about booking an appointment to find out how to do something with our iPhones – even though the people helping us might not know a lot more than us, we were happy. Why? Because with a simple use of language, he changed Customer Service to the Genius Bar and had us all served by Apple Geniuses.

Warren Buffett is another advocate of CEO’s having a clear voice. His Annual Letters to Shareholders are celebrated for their plain-speaking, folksy language. (Do you know any other CEOs whose annual reports get made into books and sold on Amazon as Warren Buffet has?) How do you explain a bad acquisition, while deflecting judgement of your actions as a CEO? My favourite Buffett quote:

“As is the case with marriage, business acquisitions often deliver surprises after the “I do’s.”

That plain folksy language has the characteristics, like Apple’s, of a well-defined voice. In my firm’s work with brands, we’ve identified the 3 different levels of all good brand, business and CEO voices.

Subtly working behind every piece of great language is a worldview: What’s the world we believe in? And as we believe in that world, what do we stand for? And if we’re going to stand for that, what must we stand against?

You can consider this a 10,000 ft, overarching narrative. It sets the limits and the centre of the territory of the things you’re going to be talking about. When you define this for a CEO’s or a company’s communications, it makes clear not just what you’ll be talking about, but the angle you’ll take on it.That plain, folksy style of Warren Buffett’s letters is the voice operating at the local, 1,000ft level: it’s shaping the tone and personality that you can start to see. And the choice of particular words is a Ground Level manifestation that expresses the 1,000ft tone and the 10,000 ft narrative are really Ground Level

So, what are we to make of Elon’s latest comments? One thing is for sure. He understands the monetary value of a company’s voice and he has from the beginning. One of the defining features of ‘real’ cars is that they go fast enough to get us somewhere in a hurry, and pre-TESLA the only electric vehicles any of us had seen were golf carts and milk floats. Not fast.

The conventional CEO’s approach would’ve been to invest extra money and delay production to style the body shape so they looked more sporting. Or perhaps, conduct a highly expensive PR campaign overwhelming us with technical details. Instead, the world’s richest man skillfully used language for what it was always intended: shaping thinking. His cars weren’t just fast, they had extra-fast boost modes. And those weren’t just extra fast, they were ‘Ludicrous’ and ‘Insane’. These Ground Level words were consistent and reinforcing to the overarching narrative (‘fast’), and entirely in keeping with the personality (‘surprising’ or ‘confrontational’) of the business.

When Elon spoke out again this week and rocked the price of TESLA, was he signalling something about his worldview, his overarching narrative? I think he was. On a superficial level, he might have been telling us something about his political views on the proposed billionaires’ tax. But I suspect on another level, he was revealing two more things. First, he’s still totally in control of TESLA. And secondly, if you’re looking for a reliable, steady, predictable price for your TESLA stock, you’re mistaken. There’ll be some people who see this as a reason to sell. But when Elon’s still in charge and he’s saying the company will continue to surprise, I think many investors will pile in, buy the dip and continue shouting about how great TESLA is.

About the author: Chris West is the CEO of Verbal Identity, the strategic consultancy specialising in the power of language and yes, he’s written a book about it. STRONG LANGUAGE was published on September 28th and hit #1 on Amazon on September 29th.