Is Problem Solving The Most Undervalued Skill For CEOs? The Simple Steps That Will Help You Solve Any Problem 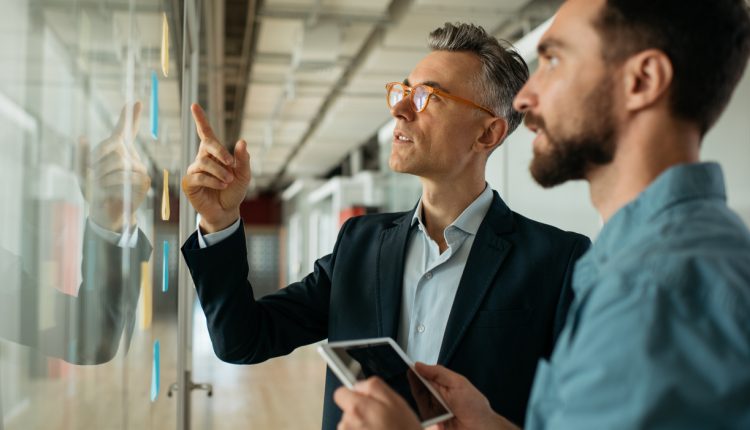 What is the core of great leadership? Is it heroism, the leader as an inspiring spearhead who can march her troops to collective achievement? Is it service, the leader as an enabler who is there to supply his team with the resources they need to thrive? Is it collaboration, the leader as a bonder who can build meaningful relationships across their network for maximum benefit?

These qualities are admirable, even essential, at times. Yet a fourth quality is more consistently critical to success. Decisiveness – the ability to find fast, effective solutions to complex problems – is the most undervalued trait in chief executives. Without it, entire organisations become regularly paralysed, unable to advance as leaders’ prolonged analysis of a problem becomes a problem in and of itself.

While researching our new book, Solvable, my colleague at The International Institute for Management Development (IMD) Professor Arnaud Chevallier and I discovered that effective problem-solvers are rare in business, even at the top. Many chief executives struggle to solve exactly the sorts of problems that organisations face daily. We classify such dilemmas as CIDNI – complex, ill-defined and non-immediate. They are the challenges that keep chief executives awake at night – and can cripple companies if tackled poorly or avoided altogether.

When we spoke to senior executives, Professor Chevallier and I noted many bad habits that contributed to this widespread malaise.

First, executives often framed the problem poorly – they struggled to define the challenge in the first place. Do you want to increase revenues, enhance profitability or maximise return on investment? Too many leaders conflate or obfuscate the all-important initial question. During a two-year study at IMD, we asked over 700 senior managers and executives to share the prevalent issues that they observe in their organisations during problem-solving. Almost 60% of the respondents report framing issues. These results are consistent across geographies, industries, and seniority levels.

Equally problematic is that leaders struggle to properly explore alternatives. They often fail to engage and field ideas from key stakeholders, while getting swamped by prolonged consultations with those who are less important to the project, or who have fewer or weaker ideas. Moreover, senior personnel often become stuck on opinions they formed early in the process – they fail to update their thinking and are unreceptive to new ideas as they emerge.

Third, executives fail to execute the solution even if they found one. A poor decision-making process contributes to a tendency to fail to act on a decision. When we arrive at a ‘solution’ via an inadequate process, we lack confidence in our choice – thus some decisions are made but never executed.

Although the consequences of making poor decisions or avoiding making them at all are deeply negative; the opposite is also true. Chief executives who can become adept at finding simple solutions to complex problems can drive their organisations to serial achievement: successful decision-making promotes successful business.

Thankfully, it is unnecessary to have a ‘magic touch’ that leaders are either born with or without. Anyone can learn to make better decisions, provided they use an appropriate process. That’s where FrED comes in.

FrED differs from the myriad decision-making models out there in a number of key ways: it is versatile, practical rather than theoretical, and – crucially – easy to understand and use.

FrED stands for Frame – Explore – Decide. It is an invaluable safeguard against our fallible instincts.

There is a classic story that Professor Chevallier and I use to demonstrate how different framing of the same set of circumstances can lead to radically different outcomes.

Two monks, both addicted to smoking, often debated whether it was sinful to smoke during prayers. Eventually, they decided to independently approach the abbot to ask him and met afterwards to discuss the outcome.

The first monk reported a disastrous meeting. The abbot had refused his request and had given him extra penance to do so. “What did you ask the abbot?” asked the second monk. “I asked him if it was okay to smoke while praying.”

“Funny,” said the second monk, “I had a great meeting. The abbot granted my request to smoke and commended me on my worthy attitude!”

“Good grief,” gasped the first monk, “But, what did you ask?”

“I asked him if it was okay to pray while smoking!”

This comedic fable makes a serious point: framing matters. In Solvable we reveal the techniques for defining the problem and synthesising it into a single question, which we call the quest.

Explore – How may I solve my problem?

Our internal biases; insufficient or poorly targeted engagement and a lack of cognisance of the world outside our own sector are just three reasons why chief executives limit their thinking and fail to fully consider the alternatives open to them. Yet history is peppered with examples of why wider exploration can lead to better solutions.

Take the real-life example of the Japanese bullet train Shinkansen. An earlier design suffered from harsh sound waves whenever a train left a tunnel at high speed.

For inspiration, Shinkansen’s designers looked to the natural world for something that could cope with sudden changes in atmospheric resistance. They found that the kingfisher’s special beak enables it to dive from the air, a low resistance medium, into water, a high resistance medium, with minimal energy loss. This insight inspired the development of the train’s distinctive conical nose, which recalls the contours of a kingfisher’s beak.

In Solvable, we show how to identify the potential answers to the quest and determine the criteria that will help you rate and rank them.

Decide – How should I solve my problem?

The final stage in FrED is to make your decision. By following the framework, chief executives can generate elegant, powerful solutions that defy conventional wisdom and can change the way entire companies – even whole industries – operate.

Max Reisböck was an engineer at BMW in Germany during the 1980s. A father of two young children, Reisböck faced an unpleasant trade-off during the summer holidays: he could either pack clothes, toys, bikes and trikes into his VW estate car, which he found a dull and awkward drive or leave most of it at home and instead take his enjoyable 3-series saloon.

Rather than settle for this unappealing compromise, Reisböck, having considered all the options available to him, opted instead to create a homemade amalgam: he bought a 3-series saloon, removed its rear end, and replaced it with a custom design to create an estate car that was both practical for young families and sporty.

A previously sceptical BMW adopted his design. The result is the BMW Touring: now one of the most popular models in BMW’s fleet.

Although FrED’s three steps appear linear, in practice you will iterate as new evidence leads you to update earlier conclusions. In fact, rather than starting with framing, problem-solving often begins with an idea popping in your head as you take a walk or talk with someone.

As we reveal in Solvable, you can start anywhere on the circle and go in any direction. Yet chief executives will discover that – thanks to better decision-making – all routes lead to greater success.

About the author: Albrecht Enders is Professor of Strategy and Innovation at The International Institute for Management Development (IMD). His new book with co-author and IMD colleague Professor Arnaud Chevallier Solvable is out now.