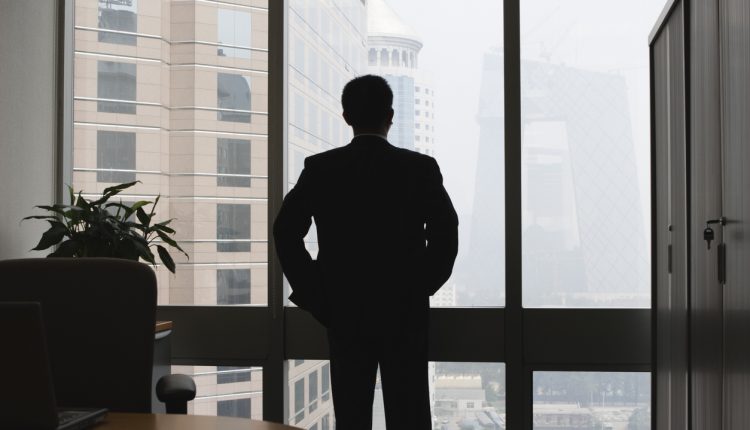 The Cambridge Dictionary describes a CEO as “Chief Executive Officer: the main person responsible for managing a company, who is sometimes also the company’s president or chairman of the board.”

Although there is no standardised set of tasks for this ‘main person’, the responsibilities usually include guiding strategy, making profit, and implementing the organisation’s mission and/or vision. It is a demanding role and requires someone highly skilled. However, as the right skill set tends to be a prerequisite for the role, it can be tempting to focus on that and forget about attitude and character. It is usually a case of ‘here’s what I can do’ as opposed to, ‘here’s who I am’.

Skills are essential, but the world has changed. Like it or loathe it, social media has thrown into stark relief the behaviours, often hypocritical, of some leaders and organisations. People are more cynical, they expect more, and deserve more. If we take irresponsible short-cuts now or allow ourselves to believe we are superior to others, and then expect to suddenly become Marcus Aurelius when we are appointed as CEO, we are probably sadly mistaken.

In addition, organisations are not keen on having flawed characters in power these days and so anyone with a superior attitude may not get the call. And if they do land the job, they may find it hard to change undesirable habits quickly enough to avoid disenfranchising half the team because of their behaviours and/or reputation.

So, if budding CEOs haven’t already done so, they can begin to work on their attitude, their angle of approach, and their character right now. Here are 10 things to consider.

1. Isolationists decrease a sense of belonging

Don’t be an isolationist leader. This type of leader often has a small, go-to group of people who attend all the meetings or are consulted on all issues. The challenge with that approach is that it creates an echo chamber, an enclave of ‘yes people’ and generates for others in the organisation a feeling of ‘them and us’. It can also make the out-group think that the in-group see themselves as elite – and the in-group may begin to believe that they actually are! Isolationists also increase unease and suspicion – ‘what are they doing in there?’ So, walk the job, get to know more people, not just the ones on the way to the water cooler. Are you walking and talking enough?

Don’t be a clubber. We may already be highly skilled and have been recognised for our skill set in the past. That’s all good, but the step up to CEO demands that we also create a high-performing team. Leaders who let their own sense of expertise become a club or weapon of attack, and metaphorically bludgeon people with their knowledge or intellect to show off or give themselves a sense of power, may well create a culture of fear. They will certainly lose any sense of team. Rather they need to create the space and place for everyone to shine. How often are you genuinely giving others the opportunity to shine?

3. Feedback is your teacher

Reducing isolation will open leaders up to more feedback. They need to embrace it and encourage it since it is the fastest way to recognise that things may be going off course. Creating a supportive coaching culture where feedback is common will really help everyone in the organisation.
Are you seeking out feedback often enough?

Related to embracing feedback is the need to enlist critical friends. Feedback on its own has its limitations. Sometimes, particularly in emotionally charged situations, CEOs may be exposed to overly critical perspectives or overly effusive praise. Critical friends are individuals who have no political agenda. They may not always agree with leaders’ decisions or methods but they are always on their side. They do not berate or try to undermine. Critical friends can be trusted to help a leader become the best they can possibly be through challenging thinking and behaviour. Indeed, they are critical to a CEO’s success. Do you have critical friends? If not, where can you find them?

When the going gets tough, one way to help ensure we act in a moral and ethical way, rather than simply expediently, is to consider our values. To do this we might begin by identifying a leader we admire, someone from the present day, from the past or from fiction. Then we try to understand what this leader must have valued to have achieved what they achieved and how they signify: “values are one of the ‘hidden’ reasons that individuals appeal to us”. The results will be fascinating and, dare we say, valuable. How closely aligned are your behaviours and values, particularly when the going gets tough?

The old adage about putting our oxygen mask on first, before helping others, is highly relevant to any CEO.

Leading by example, being fully present when listening, and engaging with empathy all take energy. Recharging to increase personal capacity can be achieved by practising mindfulness and through exercise and getting outdoors. How are you recharging?

7. Dial down the ego and be curious

Whilst most people aren’t narcissists, everyone is capable of exhibiting narcissistic traits. That tendency can be increased if we are isolated and surrounded by yes people, never receive feedback, or utilise critical friends. In fact, we need to be mindful of the dangers of acquired situational narcissism, which is sometimes exhibited by the extremely famous, rich, and powerful. In business too, it is possible to develop what we call attenuated acquired narcissism. It can creep up on us. Remember, in all situations, we need to keep an open mind and find out what other people know. Are you being curious enough about what others may know and you do not?

8. Be a servant leader

The leadership theory that most resonates with dialling down the ego and being curious is servant leadership. This involves moving away from an opportunistic, individualistic, or self-serving leadership style towards an emphasis on humility and the needs of followers. Characteristics of servant leadership include understanding and accepting others; building community and committing to the growth of others; seeking to influence without the use of positional power. Above all servant leaders build awareness and have one key question in mind as they move from situation to situation: How can I best serve people today to help them reach their full potential?

There will be situations where CEOs must step up to the plate and not shirk responsibilities. Sometimes they must even expect to willfully step into danger and will be vulnerable. Often too, they enter that vulnerable zone when they know for sure they are being braver by doing the right thing and for the right reason. Are you striving to always do the right thing, in every situation?

You may think it premature to be thinking about legacy, however, there’s no better time to think about it than now. Some CEOs may want to be remembered for how smart and rich they were, or how many expensive toys they had. However, when they are getting towards the end of their tenure, it’s more likely they will want to be remembered as someone who was there for others – someone who went the extra mile, who did the right thing. We are on this planet for an inordinately short time and have a choice about who to be during that time. Do we take a path of greed and destruction, or generosity and kindness? Do we destroy the psychological and physical wellbeing of those around us, and of our environment, because of our greedy or selfish behaviours, or do we recognise that we have, for a little while at least, stewardship of the wellbeing of others and of the planet? Who are you going to be?

About the authors: Mike McLaughlin and Elaine Cox are leadership development experts and co-authors of the new book Braver Leaders in Action: Personal & Professional Development for Principled Leadership.