It’s your first day in a new CEO role. You’ve received your tech toys, required software, a functioning email address, access to the intranet, your new employee badge, and the required access to the board-level floor. Smooth onboarding, one would think. Not really, I’d say. 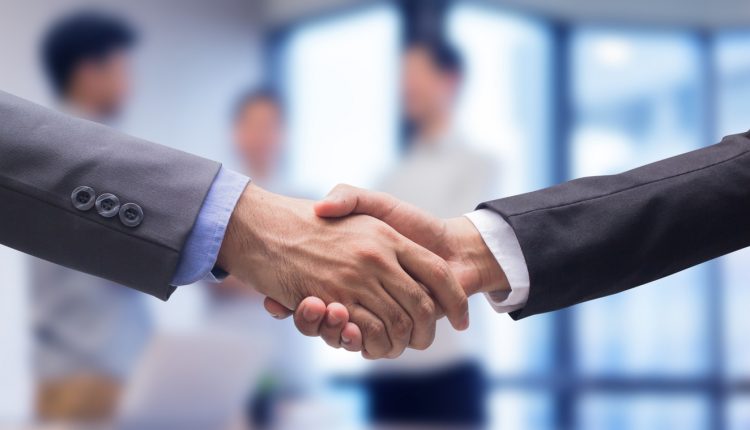 A recent study found that 70% of CEOs are either underwhelmed by their onboarding process or have had no structured onboarding process at all. What would please about 99% of the employee population in a company is nowhere nearly sufficient for CEO-level onboarding.

A study from the Aberdeen Group looked into the onboarding processes of 282 organisations. They found that the difference between organisations that get onboarding right and the laggard companies (bottom 30%) is significant. Best-in-class companies (top 20%) were able to distinguish themselves across key performance criteria.

The competitive maturity assessment of the same study distilled the common characteristics of the best-in-class organisations, too. They involved a wide range of stakeholders, from individuals to company executives, taking ownership of their role in ensuring the productivity of newly hired employees.

The best-in-class also used a structured and standardised onboarding process that addressed both tactical and strategic elements. They also used metrics to measure and improve the process continuously, as well as partially automated certain elements of onboarding to free up resources to focus on engaging and socialising new employees. An interesting observation is that 52% of the best-in-class organisations involve their senior ranking executive leaders in the onboarding process, compared to 29% of the laggard organisations.

Another study from the Corporate Executive Board (CEB) examines the ripple effect of high-impact leadership transitions. They examined over thirty thousand executive leader transitions, enriched further by hundreds of executive leader interviews. They found the direct reports of a struggling transitioning executive leader on average perform 15% worse than those who report to a high-performing one, so a clear performance drag.

Furthermore, in comparing the likelihood of the direct reports of high performing versus struggling transitioning leaders to be highly engaged or remain in the organisation, they found a statistically significant difference of 20%. If we add to this the set of executive peers whose productivity is enhanced because they depend on the executive leader and additional business opportunities that are generated, the ripple effects of executive transitions become truly magnified.

Lastly, CEB’s rich database suggests any large organisation has seventy senior executives on average. With about 12% being replaced annually, this results in eight senior executive transitions each year. Despite this predictable pattern, many organisations approach CEO transitions like mergers and acquisitions. We know one of the most commonly identified factors when it comes to failed deals is ineffective post-merger integration. Similarly, most executive transitions fail because of poor “integration” of the CEO into the new role in an organisation.

The best organisations truly understand the ripple effects (both positive and negative) and orchestrate a structured and externally supported CEO transition process. This process would mobilise internal resources and apply innovative tools and systemic approaches to assist the newly appointed CEO with a set of high-impact transition activities.

Significant research has been conducted to evaluate the benefits of successful onboarding and executive transitions. Many studies have focused on benefits related to the CEO in transition. However, the benefits are threefold, benefitting at least three distinct groups of stakeholders.

Benefits For The CEO

A successful transition has proven to reduce the likelihood of derailment by up to 50% (Wheeler 2009). A structured and supported CEO transition also mitigates key transition challenges and associated risks. In return, enhanced role satisfaction is a clear benefit for the CEO.

The other benefit that shouldn’t go unnoticed is baseline productivity levels are reached in a shorter space of time. This has been measured in many studies and the results are an accelerated transition that is up to 50% faster than with the peer group who didn’t get the structured transition support.

Lastly, it becomes obvious how successful CEO transitions will pay a dividend in an area that has not been mentioned yet: the future trajectory of the CEO’s career, such as a higher likelihood to be promoted externally after one or more successful transitions.

Benefits For The Organisation

The most obvious benefit is that successful CEO transitions reduce the risk of high-stakes placements and potential costs related to mis-hiring. Studies show that mis-hiring at the executive level is highly costly, with an estimate of somewhere between 10 to 30 times the salary cost of an executive.

Corporate Executive Board (CEB) research suggests that successful CEO transitions demonstrate that 90% of leadership teams whose CEO had a successful transition go on to achieve their three-year performance goals. In those teams, the attrition risk is 13% lower than the rest.

A successful transition also suggests the organisation is making better—if not the best—use of the CEO’s unique talents and potential. It is a strong and clear demonstration of the commitment to the executive and their professional development.

Benefits For The Stakeholders

The RBL Group, a Human Resources consulting firm, published their findings in “The Leadership Gap,” a study with 430 portfolio managers and institutional investors. They found the top three criteria for an investment decision are: how the company performs with 38.5%, industry favourableness with 33.1%, and quality of leadership with 28.4%

What is particularly interesting is that the RBL Group also measured the confidence levels these investors had in their ability to assess the three criteria. The lowest confidence intervals were shown at the quality of leadership with 3.75 or a standard deviation of 0.96 versus 0.58 for performing firms and 0.66 for industry favorableness. That means investors and portfolio managers have the lowest confidence level when it comes to being able to measure the quality of leadership.

Part of what makes the quality of leadership is onboarding the CEO effectively and minimising their chances of derailment. With these findings, we are now able to relate financial investment decisions to companies with their executive transition process.

Another obvious benefit is the combined result of having a high-performing executive, their leadership team, and the organisation. It exudes confidence to the management board and to investors. We can see how greater alignment of an organisational strategy with cultural execution can increase employee engagement levels and the business performance of an organisation.

Successful CEO transitions also provide a platform for thoughtfully engaging external stakeholders. When we look at what the younger generations truly want from their organisation, it becomes obvious some of the above are not “nice-to-haves” but indeed “must-haves.”

The business case for successful CEO transitions is a no-brainer. Where are you on this journey?