10 Ways You Are Disengaging Your Employees 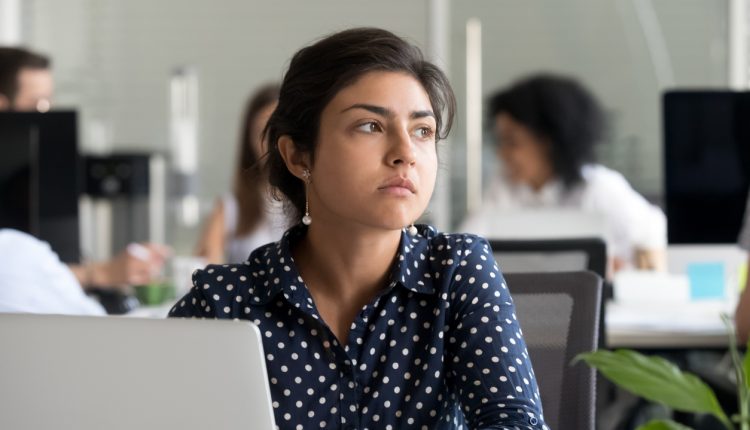 A record 4.4 million Americans quit their jobs in September, while in the UK nearly 25% of employees are planning to change jobs in the next 3-6 months.  Anecdotally, “retaining good people” is the number one issue on the minds of many CEOs and senior leaders. COVID-19’s consequences—lockdown-induced stress, Zoom fatigue, government wage support, wage inflation, even too much time to reassess life’s purpose—are frequently blamed for making leaders’ jobs harder. But COVID-19 is merely a catalyst:  To understand the root cause, leaders should spend more time looking in the mirror.

Why are people leaving?  Because their leaders have failed to engage them emotionally—or worse, have made mistakes that push people away.  Let’s look at 10 common mistakes leaders make that disengage people.

The last time you got into an elevator with a junior staff member, did you smile, say hello, and ask them how they were, or did you grunt hello and stare at your phone? People want to feel that they matter as individuals—and the way leaders treat people casts a long shadow.  While all leaders are busy, it’s easy to send a subtle message that “you don’t matter to me”.

2. Failing to invest in people’s development

With all the pressure to improve productivity and meet tight timelines, it’s easy to defer investments or time devoted to training and leadership development. Employees need to feel that their boss is genuinely invested in their success and growth.  That means taking the time to give honest feedback on their work, providing time and budgets for training, and occasionally throwing them into the deep end with new assignments.

Leaders often focus on a few top priorities—usually internal performance objectives that are critical to the organisation’s continued success. But by not focusing on the “why”—the purpose and contribution of the organisation—leaders fail to provide meaning to employees, who increasingly have choices about where to devote their time.  Worse, leaders often assume that their people understand how their role contributes to that purpose—another mistake.

Constant re-organisation and external hires mean people are frequently in new roles.  And leaders often assume people know what’s expected of them, based on the job title.  But without clear direction on what’s expected, what their degrees of freedom are, and how they’re expected to work across a matrixed organisation, even a great “Product Manager” from a company like Apple is going to struggle to be successful as a “Product Manager” in a different company or industry.

Leaders often devote many hours to quarterly or annual review processes, and yet fail to spend much time upfront setting clear and stretching goals that inspire people to find out what they’re capable of.  Setting low performance targets may reduce the chance of reported failure, but it’s a sure way to disengage good people as well.

“Actions speak louder than words.”  A leader who loudly espouses the company values but then turns a blind eye to bullying, discrimination, harassment, or lapses in integrity is sending a clear message about what they are willing to accept—and that can be poison for an organisation’s culture and engagement.

Employees often face a variety of barriers and constraints as they strive to achieve high performance.  Lack of financial resources, lack of training, political constraints, or even interpersonal issues can get in the way.  Some leaders mistakenly think they are empowering people when they expect them to identify and solve their own problems.  In reality, many employees have learned to just accept impossible constraints rather than challenge them—“hanging on in quiet desperation”, as Pink Floyd would say—which over time is highly demotivating.

Early in a new job, people willingly devote extra effort to achieving stretching goals.  But if the leader fails to recognise people’s success—and the effort involved—then the likelihood of continuing discretionary effort falls away.  Few leaders can sustain engagement without a strong recognition culture—which requires much more than an annual review/bonus and the occasional year-end drinks party.

People can spot a phoney. So it’s no good talking about great customer service if your own actions and treatment of people don’t reflect the same dedication.  Highly engaging leaders take the time to understand their own motivations and enlist others in a common effort towards a higher goal that truly inspires them.

Some leaders think that a quarterly “town hall”, followed by regular ghost-written emails from Communications, is enough to keep people engaged.  It’s not.  True engagement requires constant communication with employees at all levels.  Be authentic, transparent, and empathetic.  Tell stories, use symbolic acts and key ‘culture bearers’, and tap multiple delivery channels to get the message out.

But how can you avoid mistakes like these in the first place? By watching successful leaders, and through trial and error as CEO and senior executive, I’ve identified five things that leaders need to do consistently to build high engagement:

I call these 5 points—the 5Cs—“The Leadership Star”.  And in my experience, consistent action on each of the 5 points is a great way for any leader to build and sustain engagement.

About the author: Brian Hartzer is a world-leading financial services executive, leadership mentor, and author of The Leadership Star: A Practical Guide to Building Engagement (Wiley). Available now priced £15.50.