The Fastest-Growing Business Districts In London 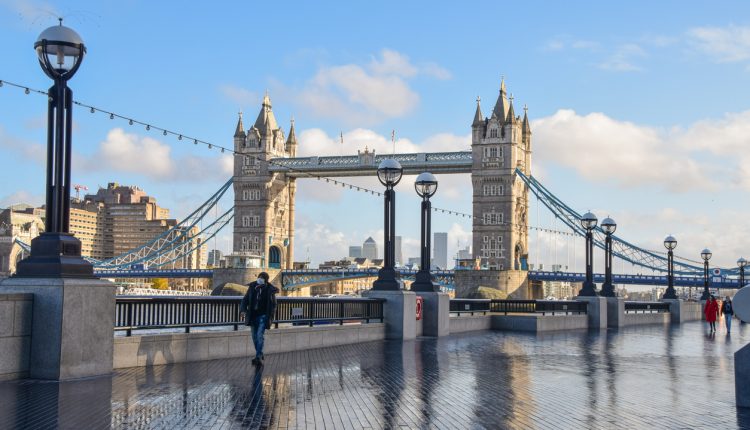 Since the pandemic struck in 2020, London’s businesses have been working through some of the most challenging times since the war. Yet London remains one of only two Alpha++ rated cities in the world, according to the Globalization and World Cities Network (which measures economic status), the other being New York. London’s economy is worth £865,000M GVA and it’s estimated that London’s population could reach 9.54M by 2026.

Despite the current difficulties, many London business districts are rising to the challenge, growing rapidly and evolving to meet the needs of modern businesses. Development is rife and connectivity and technology are driving growth. Here we take a look at three of the fastest growing business districts in Central London.

Southwark is situated just across the river from The City of London and is thought to be the oldest borough in South London. It’s home to some iconic London landmarks including The Imperial War Museum, HMS Belfast, Shakespeare’s Globe Theatre and The Shard – the UK’s tallest building (310m).

Southwark has been extensively redeveloped including a £1.5Bn development of Elephant and Castle. Businesses located in Southwark find themselves at the centre of a bustling community. There are already over 19,300 businesses in Southwark and its railway stations see around 254 million people pass through each year. Work is in progress to bring 30,000 new jobs and 2,500 new homes to London Bridge and Bankside by 2026.

Whilst Lambeth and Southwark have been attracting accountants, consultants and local government workers, the South Bank and SE1, in general, have witnessed rapid growth. According to industry research, 11 of London’s 140 recently launched fintech start-ups, including fintech disruptor Nutmeg, have chosen SE1 as their home. Leading global office broker Office Freedom also cited SE1 as one of its most in-demand London office locations, accounting for 12% of its Central London serviced office transactions in 2021, with London Bridge being one of the most popular areas.

Alongside corporate giants such as EY, HSBC and IBM there is a growing creative and agency community. WPP, Omnicom and Cheil have moved to the Southbank and now rub shoulders with the National Theatre, Tate Modern and Southbank Centre food market.

When considering fast-growing business districts in London, you need not look any further than Kings Cross. Kings Cross is one of the largest and most successful redevelopments in London. What was an underused 67-acre industrial site has been transformed and rejuvenated over the past 20 years to feature 20 new streets, 50 new buildings, 10 new squares and parks, 1,900 new homes, shops, offices, galleries, bars, restaurants, schools, and even a university. Kings Cross is a vibrant new neighbourhood with a new postcode, N1C.

Google has sited its new London HQ in Kings Cross. Their “landscraper” office is longer than The Shard is tall (312m) and is fully equipped with a wellness centre, cycle storage, 24-hour restaurants and a roof garden with stunning views across the capital. Facebook has recently joined Kings Cross incumbents Universal Music, The Guardian and Louis Vuitton, taking 57,000 sq ft of prime office space nearby.

Kings Cross has attracted national science and tech institutions too, you’ll find The Francis Crick Institute and Alan Turing Institute here alongside the University of Arts London, which welcomes 5,000 students and staff.

One of the reasons Kings Cross is growing so rapidly is its excellent connectivity. Kings Cross and St Pancras rail termini serve some of the UK‘s major cities including Cambridge, Birmingham, Manchester, Leeds and Edinburgh. St. Pancras International links London to France, Belgium, and the Netherlands via Eurostar and Kings Cross underground station links six tube lines. In 2021, Kings Cross was the most used station on the underground network.

Looking to the future, the proposed Crossrail 2 railway expected in the 2030s will link national rail networks in Surrey and Hertfordshire via an underground tunnel through London. The new railway would stop at key locations throughout the city centre, including a new station at Euston St. Pancras, improving access to and from London across the wider South East.

Whitechapel and Aldgate – a vision in the making

East London’s Whitechapel and Aldgate districts have been tipped to become the “next Shoreditch” and are in the midst of rapid development. In recent years Aldgate Tower Investments sold the 325,000 sq ft, 17-storey Aldgate Tower for £346m to China Life Insurance and Brookfield Property Partners. Derwent London acquired the 273,000 sq ft White Chapel Building in 2015 and have completely refurbished the landmark building. In May 2021 Union Investment acquired One Braham, the British Telecom London HQ, for more than EUR500M.

The Whitechapel Vision published by Tower Hamlets council outlines development plans for the regeneration of the area through to 2028. As a result of the Crossrail investment, the development Master Plan provides for 3,500 new homes, 5,000 new jobs, community facilities, seven new public parks and spaces and a new university campus. Central to the plan is the creation of a modern pedestrian and cycle-friendly environment.

In August 2021 a new £300M development scheme at Whitechapel’s The Silk District was given the green light which will see the creation of a new Town Hall, flexible workspaces, industry hubs and seven new public spaces. Former Collier’s International Director Shaun Simons was quoted in 2017 saying that “Whitechapel is being gentrified positively and in 10 years’ time it will be unrecognisable.”

The imminent arrival of Crossrail (2022) will connect Whitechapel to Central London, Heathrow and City airports and Canary Wharf. At peak, the station is expected to handle 99,000 passengers a day. Whitechapel is already attracting companies from the media, finance and tech industries and Crossrail and its associated development is expected to entice more biotech and life science businesses too.

Office space in Whitechapel is varied, plentiful and affordable, compared to its Central London counterparts, and many businesses with an eye on the future will recognise Whitechapel as one of London’s most vibrant and fastest-growing business hotspots.

3 Major Tech Trends That Will Transform Our Lives