The Rise of Cyber Monday and the Death of Retail

As one sales holiday ends, another begins. 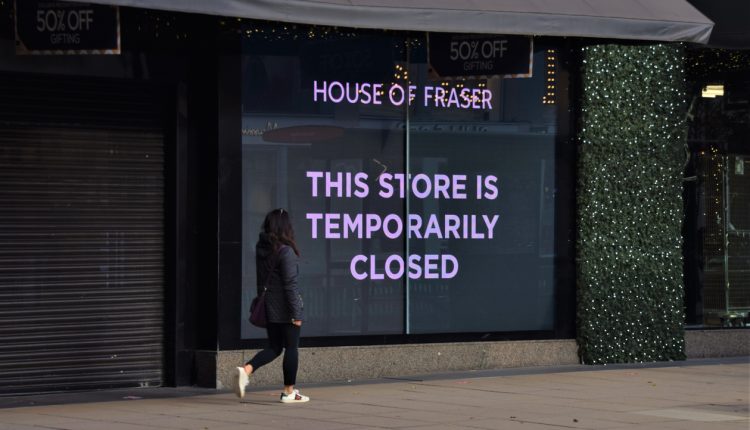 Observed annually on the first Monday after Thanksgiving, Cyber Monday has long been billed as the largest eCommerce event in America and Europe, and it continues to gather steam by the year. Its growth represents both a challenge to the market dominance of its counterpart, Black Friday, and a barometer of radically shifting consumer habits.

Like Black Friday, which grew naturally out of Macy’s Thanksgiving Day parades heralding the unofficial beginning of the holiday shopping season, Cyber Monday’s origin is a joint product of consumer spending habits and marketing. The National Retail Federation (NRF) observed in 2005 that one of the busiest days of the year for online shopping routinely fell on the Monday after Thanksgiving, and coined the name “Cyber Monday” that would be picked up by member outlets like Shop.org and unaffiliated retailers looking to attach a title to their discount events.

US sales during the post-Thanksgiving event surged on the back of the Great Recession, reaching a volume of $846 million in 2008 – up from $730 million a year prior. Just over a decade later, $9.2 billion was spent during Cyber Monday 2019 according to Adobe Analytics, with every indication that this figure will balloon further in 2020 as it has in every preceding year.

Of course, these numbers are still far below the volumes that Black Friday sees, but the distance between them is narrowing– and the two events are growing closer in other senses too.

When the term was coined in 2005, it was easy to distinguish Cyber Monday and the nascent eCommerce sector from Black Friday’s focus on in-store bargains. In 2020, the picture is not so clear; the unique circumstances of the COVID-19 pandemic have turned Black Friday into a predominantly online affair, with online-facing businesses like eBay and Amazon having begun Black Friday deals weeks in advance. The two events’ sales windows have bled into each other, and back-to-back discounts are scheduled on Amazon, the Microsoft Store and other major online platforms.

The convergence of Cyber Monday and Black Friday was not entirely forced by the global health crisis, however. The process been underway for some years; some organisations now simply conflate the two days for the purpose of observing consumer spending during their combined sales period. This blurring of the events can be attributed to a wider economic trend: the apparently unstoppable rise of eCommerce sales, and the corresponding decline of traditional retail.

The market share of online sales in overall retail has been on an almost uninterrupted climb for more than a decade. The proportion of online sales in the US has risen by around 1% annually for the past several years, and recently saw an unprecedented 4.3% jump between the first and second quarters of 2020. While this will almost certainly see a small shift lower as the COVID-19 pandemic abates, most of the ground that physical retailers lost to the digital space will stay lost, with more to follow next year.

Even the international adoption of Black Friday as a retail holiday is owed in part to virtual sales. The event was introduced to the UK in 2010 by Amazon.co.uk, which began to offer Black Friday discounts on products sold on its platform. Currys & PC World followed suit with online discounts in 2012, drawing wider attention that eventually spurred John Lewis to become the first major high street retailer to adopt the event in 2015. The event grows further into the eCommerce space each year, with online sales in 2019 totalling £1.4 billion in the UK and $7.4 billion in the US – though they still fell beneath Cyber Monday’s $9.2 billion US volume.

Stores have begun to tap into this growing channel, contributing to the steady erosion of Black Friday’s traditional status as a physical retail event. This shift is born of necessity; in the 2020s business climate, in-person storefronts simply cannot compete with online shopping. Customers are drawn by the increasing accessibility of online marketplaces, attested to by $3 billion in Cyber Monday 2019 sales being completed via smartphone, a 46% increase year-on-year.

The market share of online sales in overall retail has been on an almost uninterrupted climb for more than a decade.

By the same token, customers can be turned off by narrow discount windows, distance from the retailer, or even inclement weather; Adobe discovered that US states experiencing unusually high volumes of rainfall or snow on Black Friday also saw an increase in online sales of around 7%. If products can be quickly and reliably delivered with a few taps of a finger, what reason is there for consumers to not go virtual with their holiday purchases?

Traditional retailers are now recognising the way the wind is blowing. John Lewis has unveiled plans to shift focus away from its flagship high street stores and move 60-70% of its sales online by 2025. Gap has mulled closing all of its UK stores and moving to a franchise-only model, and Lord Wolfson, head of Next, told the BBC that 2020’s lockdown measures had triggered a permanent shift to online shopping and that he expected numbers of retail employees to decline in the coming years. The era of department stores coming to an end, and it remains to be seen whether “the city centre” will cease entirely to be a hub of business as eCommerce takes over its niche, or if it will merely shrink until it reaches a more sustainable balance is achieved.

In this environment we can look on the commingling of Black Friday and Cyber Monday in the virtual space as a microcosm of these changes to the way the western world does business. It will be fascinating to see how eCommerce fares against traditional retail in 2020’s holiday sales figures, and how much of its new momentum will carry into 2021 and beyond. Right now, it seems only a matter of time before the high street is overtaken for good.