In today’s fast-paced business world, where if you can’t keep up with the competition you will almost certainly get left behind, a much greater emphasis is being put on the term “leadership”. 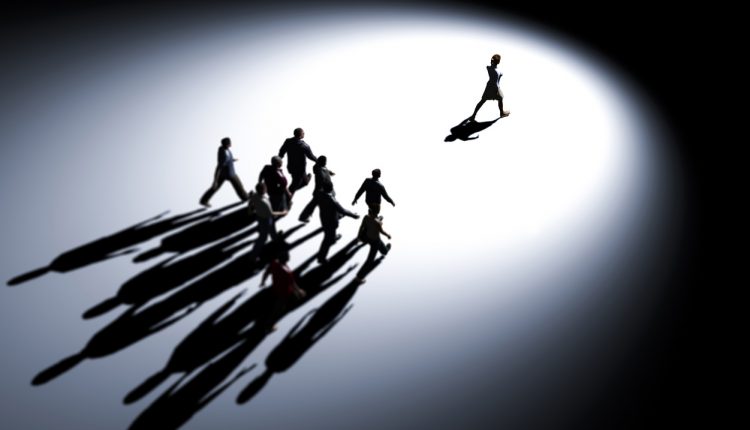 In fact, it could be argued that in many cases the term project management has been replaced with project leadership, and there are certainly instances where the roles of manager and leader are used interchangeably. This might mean that in some instances the terms’ manager and leader, and even boss, can be interchanged with one another in order to indicate those individuals who are in a position that requires them to perform a leadership role. When this is the case, the term leadership is being used somewhat loosely to cover the entire gamut of management as well.

This is all very well, but when it comes to projects there really is a difference between the definitions that are associated with project management and project leadership, which clearly suggests that whilst the two roles may appear similar, they are in fact somewhat different. In order to understand this properly let us first consider exactly what each role entails.

What exactly do the two roles entail?

One of the reasons that it is so difficult to get a clear definition of each of these roles is that, in fact, the project leader and project manager roles do actually overlap. In many situations, the project leader can also be the project manager, just with a few extra responsibilities. Because of this, the easiest way to look at the difference between the two different roles is to examine the key responsibilities of each role. In general, this is what you would expect each one to be responsible for:

From this, it is clear that there are a number of similarities between the two. However, there is one clear main difference. Simply put, a project leader is more focused on the people who are involved in the project and a project manager role focuses more on all of the technical aspects of each project.

What is leadership really?

As with many other areas of the business world, the role of leadership is one that is more often rooted in the ideas of art rather than science and this means that the development of certain soft skills, together with the more standard hard skills, is a requirement.  The areas that project leaders often find themselves working in are often a little “grey” and this is why these skills are so vital. Whilst clearly defined schedules and deliverables lie firmly in the realm of the project manager, the project leader deals with the more intangible aspects that specifically hold a team together and play a huge part in leading a project towards a successful outcome.

The things that a project manager deals with are those things that might fall into the “known tasks list”. For example, timelines, scope and budget. These are things that are blacker and whiter. It is the role of a manager to pay close attention to that all-important bottom line, they need to chase deadlines and any of those practical applications that are necessary to complete a project successfully.

There are seven essential skills that a project leader needs to be successful in the role.

A project leader is at the head of their team, but they are not always the “best player”. They know how to sort out the team in order to get the best from each and every team member. It is part of their role to ensure that there is harmony in the team and that everyone is focused and working towards the same goal. A part of the role is also noticing where individual team members shine so this can be remembered for the future to ensure they are pushed in the right direction. Tools they may use to help them achieve this include goal setting, cheerleading and motivation.

If there is one thing that can really slow down a project, then it is conflict. It is unrealistic to believe that a team can work harmoniously together all of the time, so conflict resolution is very necessary for a project leader. The larger the team the more likely it is that there will be conflicts to resolve, and this means that maintaining channels of communication will be vital to ensure that everyone can continue to work together without resentment.

The people who make up a team are not just “tasks” for the project leader, and this is where the term servant leadership comes in. This is a leadership philosophy that is all about looking after the needs of each individual rather than the interests of the company. This doesn’t mean that milestones and deadlines are not important, they are, but it is also important to help guide the team as a whole and give them a “gentle nudge” based on any feedback that is gained in order to lead effectively.

It is all about looking to get the best out of a team at every stage. This isn’t about the bottom line but rather making the most of the investment that has been made in the members of the team.

Almost every project can become a little “messy” at the middle point. The clarity and enthusiasm that was felt at the beginning can vanish and suddenly the project can seem like it isn’t really moving forward.

There are a number of reasons that this can happen. Perhaps up to this point, the feedback has simply not been there, or perhaps the stakeholder has suddenly decided that they want to make some changes to the scope. It could be as simple as long hours taking their toll. A good team leader will be able to pick up on these negative feelings within the team and will work to implement strategies that will help the team members to remain motivated.

Being the “chief communicator” is one of the most important roles that the project leader can play. There are a number of different ways in which they might need to communicate with the individual members of the team. There are stakeholders to negotiate with, and team members to collaborate with. Different types of communication with a range of different individuals of all levels within the team and externally will require a great level of communication skills from the project leader. The type of communication that is required in this instance will need to be objective, trustworthy, transparent, confident and focused.

Over the course of any project, but especially a larger one, there will be changes proposed and the original project plans are likely to see some shifts. There is a good chance the client may change their mind about certain aspects of the project. They may remove certain aspects or, and this is more likely, add additional things they have suddenly thought about.

The team will look to a project leader during this point to help them with these changes and ensure that things continue to run smoothly.

Perhaps most importantly, a great project leader is not just there for the problems. They are there to help create solutions. They will be on the lookout for potential troubles and look for solutions that might appease everyone involved. A project leader is able to look for the positives in order to find solutions, rather than getting weighed down by the negatives.

Simply put, project leadership is all about the relationships that exist within the project, it’s about connecting with the human element of the team. Project management, on the other hand, is about looking at the technical side of the project and ensuring that the project runs as smoothly as possible at every stage. This doesn’t mean that a project manager can’t see the human side of a project and connect with the members of their team, far from it, but they do have their own path that they need to follow.

About the author: Paul Naybour is the Business Development Director for Parallel Project Training. He is a well-known speaker on the Association for Project Management (APM) Network in the UK and a regular contributor to the APM blog. He is also one of the voices behind the popular series of APM podcasts. He has contributed insightful thought leadership articles to a range of publications for more than 10 years.