The Relationship Between Career Fit And Stress 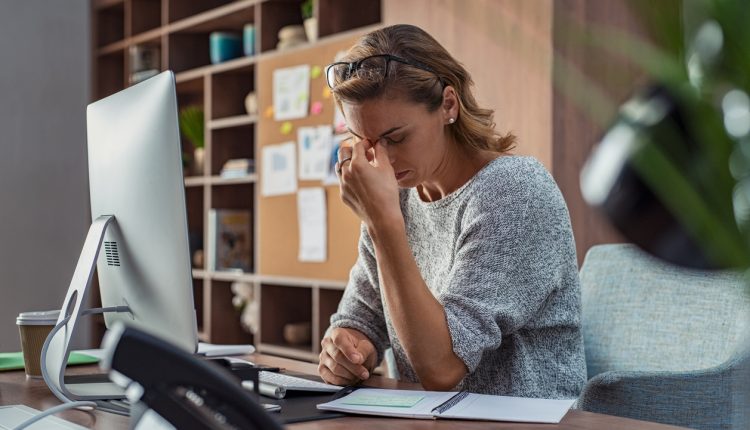 One way of doing this is to treat your job in the same way you would treat a personal relationship. In other words, look for employment where there is close alignment between your own needs and values and those of the company. If there is misalignment between the two for too long, the pressure will mount and it will more than likely end badly.

Career fit is everything.

This misalignment happened to me at two different stages in my career, the first in my mid-twenties and the second in my late thirties. In both cases, it was a prolonged and painful experience. Let me describe the first of these.

Looking for answers in the corporate basement

I had just started working for a global consumer goods company, one of the largest in the world. The company also has one of the most respected management trainee programmes for young people who want to forge a career in marketing. I succeeded in joining it when I was 25, working for one of the company’s operating companies at the time and I was pretty proud of my achievement. The career roadmap was now neatly laid out in front of me and the future seemed bright.

Twelve months later, I found myself pacing up and down the basement of the building like a caged animal. I was alone, surrounded only by freezers full of frozen peas, beef burgers and fish fingers and my own confused thoughts. I was trying to work out why I was suddenly feeling so anxious, why I was incapable of completing the most basic of tasks at my desk upstairs. I needed a bit of headspace, away from people, to think clearly and work out what on earth was going on in my frazzled mind. At the time, I was only a trainee, the lowest of the low. Admittedly, I had now been handed a little more responsibility and people in the team were relying on me to get things done, but I was still a relatively insignificant cog in the wheel.

A square peg in a round hole

When I was writing my book, Beat Stress at Work, many years later in the twilight of my career, I reflected back on that period and tried to work out what precisely had gone wrong. What was it that had caused me to suffer from the prolonged panic attack and the years of discomfort that followed my time at the company? The problem was fit. I was a round peg in a square hole.

By nature, I was more of a creative type and enjoyed ruminating and cogitating, playing around with ideas and concepts, preferably on my own. I liked to have time and space to think things through. However, the operating company was a fast-paced environment where making subjective decisions quickly, long to-do lists and pressing deadlines were very much the order of the day. All the beautiful inefficiency associated with the creative process was frowned upon.

As a result of this poor fit between my personality and the ‘personality’ of the company for which I was working, I experienced a great degree of negative stress during the time I was there. Like a dripping tap in the middle of the night, it was relentless.

I developed the Matchmaker framework to help the process of making good choices throughout one’s career. Whether it’s your first or last job, your core personality is likely to have remained relatively unchanged over the years. The fit must always remain your priority if you want to minimise stress and maximise opportunities for personal performance and productivity.

The Matchmaker identifies a number of characteristics that define the DNA of both the company and of the individual. The goal is to try and ensure that there are as many matches as possible, because the more matches there are, the more aligned the needs of both parties will be. And the less likely that ‘bad’ stress will rear its ugly head. You can see in the Matchmaker table for the operating company and me that it was only ‘team orientation’ where alignment existed between both parties. For really crucial pairings like ‘focus on people development’ versus ‘focus on task completion’, ‘bias toward introverts’ versus ‘bias toward extroverts’, the company and I were misaligned. And over a period of time, this misalignment began to cause me more and more ‘bad stress’.

So, how do you use the Matchmaker? 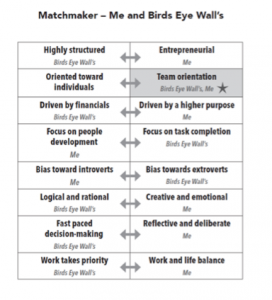 Remember that fit is everything. Don’t be a square peg in a round hole if you can avoid it. It can be very painful!

About the author: Mark Simmonds runs his own creativity agency GENIUS YOU and is the author of new book Beat Stress At Work