Should CEOs Be Responsible For Employee Recognition? 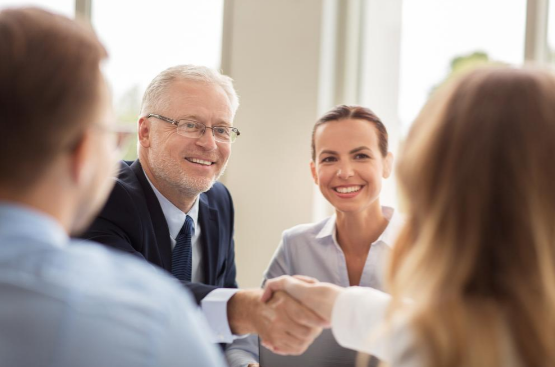 Still plagued by rampant resignations at the tail-end of the pandemic, many companies are scrambling for ideas to help improve their employee retention. Employee recognition programs are among the most popular solutions, considering that a lack of appreciation is often cited as the most important reason workers are quitting and looking for other work. Indeed, effective employee recognition from business leadership is essential for maintaining high morale and encouraging loyalty and productivity from workers. Employees want to hear plenty of praise from those in charge — but does that mean the CEO needs to participate in employee recognition?

The answer is yes, but also no. Here is how CEOs should expect to support employee recognition programs in their organisations.

At a startup or an especially small business, the CEO might have the opportunity to get to know each employee on a first-name basis. In these instances, it is appropriate for the CEO to participate in typical employee recognition, as there likely are not many other business leaders to show appreciation and gratitude to workers.

However, in most organisations, the CEO has limited access to the workforce. Instead, they primarily meet with senior business leadership — who will model their professional behaviour after what they experience from the CEO. Not only does the CEO make major strategic decisions for a company, but they serve as a role model for every member of their leadership team. Thus, if a CEO is rude to the leaders they regularly interact with, those leaders will be rude to their team members and a toxic culture will develop in the workplace. In contrast, if a CEO shows respect and admiration for their leaders, those leaders will be respectful and appreciative of their workers.

Many CEOs might be frustrated by this additional layer of responsibility, but as the primary leader of an organisation, a CEO must accept that their attitude and behaviour will set the standard for their workplace. CEOs must be considerate in every interaction they have if they hope to influence their fellow leaders to treat the workforce appropriately in turn.

One person alone does not create a culture; it is not entirely the CEO’s duty to develop the culture of their organisation. However, as a person of supreme influence, a CEO does have greater direct and indirect influence over how a culture evolves. As mentioned above, a CEO’s treatment of those workers who surround them will filter into the workplace culture, affecting how everyone within an organisation treats everyone else. Thus, CEOs need to be cognizant that anything they say or do could build up or tear down the culture on which their company runs.

CEOs should strive to take a more active role in creating the culture they want to see in their organisation, which can take some of the pressure off their everyday actions. First, CEOs can work with leaders and workers to define their company’s core values and draft a mission statement that gives the organisation a guiding purpose that resonates with workers and customers alike. CEOs should also work with senior leadership to develop policies that support the stated values. For example, if community is an important aspect of a workplace, that company should set aside a portion of its profits to donate to charities that provide important social services to the surrounding community. Likewise, if sustainability is important to a company, the CEO should commit to carbon-neutral operations.

There is simply not enough time in a CEO’s schedule for them to be involved in direct recognition of everyday employee accomplishments. However, a few exceptional achievements are more than worthy of a CEO’s time and attention. Employees who go above and beyond in their commitment to a company should be honoured with recognition from the CEO. For example, employees who celebrate particularly noteworthy anniversaries, like 15 or 20 years with the company, have earned a hearty “congratulations” from the CEO. Similarly, if a team completes a project that propels the organisation to marvellous success, that team deserves a CEO handshake.

A lack of recognition for good work is often cited among top talent resigning in search of better work at another company. Though CEOs should only rarely be involved in offering praise to hard workers, they should nonetheless take responsibility for how their organisation handles recognition as a whole.