Secrets Of Success: How Did Elon Musk’s Tesla Make It To The Top? 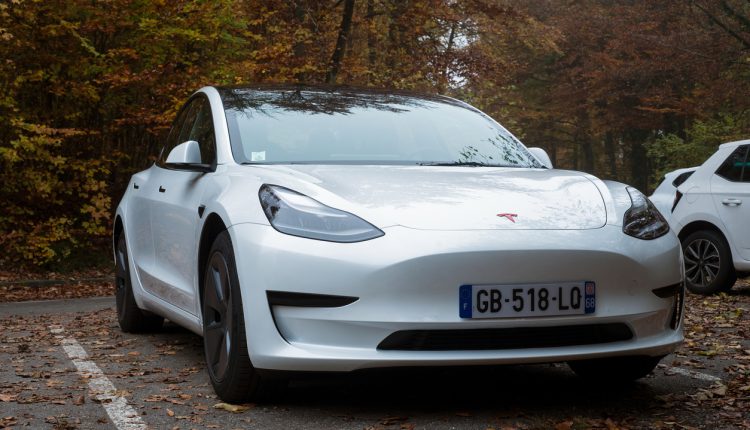 In the early 2000s, Elon Musk co-founded Tesla “to accelerate the advent of sustainable transport by bringing compelling mass-market electric cars to market as soon as possible.”

Fast-forward to 2021, and the company’s earnings sat at a mighty $53.82 billion, with its CEO’s net wealth currently at approximately $262.9 billion. For many years now, Tesla has been hailed as the most successful electric vehicle company in the world. But, with so many EV competitors on the market, how exactly did Tesla make it to the top?

While many car companies attempted to deliver relatively affordable products that could be mass-produced and easily marketed, Tesla went in the opposite direction, focussing on creating captivating and luxurious cars that would glorify electrification.

Speaking about Tesla’s mission in a 2013 company post, Elon Musk wrote: “Our goal when we created Tesla a decade ago was the same as it is today: to accelerate the advent of sustainable transport by bringing compelling mass-market electric cars to market as soon as possible. If we could have done that with our first product, we would have, but that was simply impossible to achieve for a startup company that had never built a car and that had one technology iteration and no economies of scale. Our first product was going to be expensive no matter what it looked like, so we decided to build a sports car, as that seemed like it had the best chance of being competitive with its gasoline alternatives.”

In 2008, Tesla released its first vehicle, the all-electric Roadster, which achieved 245 miles on a single charge in company tests. The Roadster set an unprecedented range for a production electric car. Additional company tests showed its performance was comparable to that of many petrol-fueled sports cars, capable of reaching 0 to 60 miles per hour in 3.9 seconds.

Furthermore, Tesla took the lead by being the first company to use the sort of lithium-ion batteries found in laptop computers. Its engineers created their own innovative battery packs — unlike anything else yet to be seen in the industry. And it was these battery packs that gave the Roadster its immense range and power. With a top speed of 125 miles per hour, the Roadster was faster, sleeker, and more desirable than any other EV on the market at the time. Between 2008 and 2011, Tesla sold approximately 2,500 of its Roadsters, with prices ranging from $109,000 to $170,000.

How Tesla solidified its success

Having established its brand and delivered its concept car to the marketplace, Tesla reinforced its business model, focusing on a tripartite approach to selling, serving, and charging its electric vehicles.

While other car manufacturers sold through franchised dealerships, Tesla opted to cut out the middle man by selling its vehicles directly to its customers. Over the years, Tesla has created an impressive intentional network of over 400 own-brand showrooms and galleries across the globe, which it believes enables faster product development and an improved customer buying experience.

Cars going wrong is never fun, but Tesla’s repair process is as streamlined as possible. In some regions, Tesla employs “Tesla Rangers” — mobile technicians who can make home calls upon request, though, in some cases, the service can even be delivered remotely. The Tesla Model S, for instance, can wirelessly upload data, meaning Tesla Rangers can view and resolve some issues without even seeing the vehicle in person.

A major concern surrounding electric vehicles is how and where to charge them, a concern which Tesla has addressed with the creation of its own network of “supercharger stations”. These innovative charging stations allow Tesla drivers to charge their vehicles in approximately 30 minutes, and completely free of charge.

Can Tesla maintain its momentum?

For the first quarter of 2022, Tesla reported earnings that trumped analysts’ expectations, with revenue coming in at $18.76 billion compared to a predicted figure of $17.80 billion. And Musk remains optimistic that this success will continue throughout the rest of the year, stating that it seems likely that Tesla will be able to produce one and a half million cars in 2022.

Furthermore, in 2023, Tesla plans to release a new version of its classic Roadster model, offering a 0-60mph time of 1.9 sec with 737 lb ft of torque. Tesla’s Cybertruck is also set to go into production next year, built with a unique and attention-grabbing exterior shell for ultimate durability and passenger protection.

According to Tesla investor Gary Black, Tesla’s market capitalisation may well reach a mind-boggling $4 trillion in the coming years, as he predicts that global electric-vehicle penetration will hit 60% by 2030.

To break this figure down, Black estimates that Tesla will have an EV share of 20% and, with worldwide vehicle sales at 85 million units, Tesla would be delivering approximately 10 million cars per year. Black predicts that these deliveries, plus service sales related to Tesla’s existing fleet of vehicles, would bring in around $140 billion for the EV company, or approximately $100 per share.

Black then puts a 30 price-to-earnings multiple to earnings of $100 per share, giving a $3,000 price target. With 1.4 billion shares remaining, Tesla’s market capitalisation would be upwards of $4 trillion, indeed suggesting that Tesla will be able to maintain its momentum as one of the world’s most successful electric vehicles companies in the years, and even decades, to come.