How To Sustain Inclusion In The New World Of Remote Work 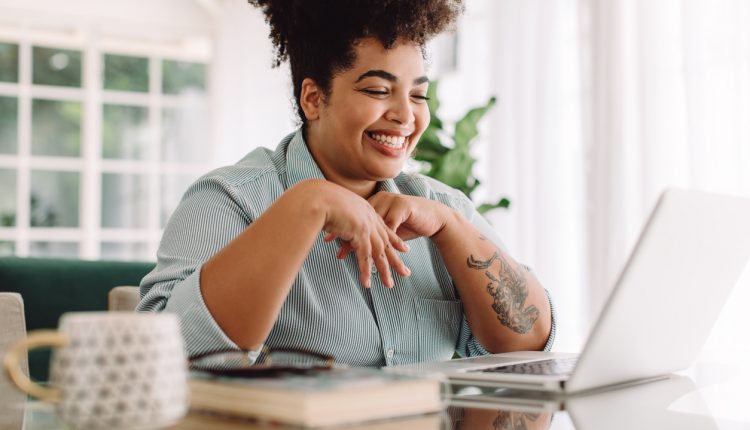 As the shutters started to come down on businesses across the world as entire economies came to a close in early 2020, many companies struggled to grapple with the strain caused by the sudden shift to remote work.

Many business leaders hoped it would be a temporary solution to an unprecedented but ultimately temporary problem — a necessity for staying afloat in the most challenging circumstances. But as days became weeks became months became years, working remotely became the new normal.

Following two years of freedom from daily commutes, of having the choice to work where they want, when they want and how they want, it comes as no surprise that there is little appetite among employees for a full-time return to the office. All of which leaves companies wrestling with what to do next: stay remote, bring people back to the office, or offer them a choice? To understand why this is such a difficult decision for senior management, we must first consider their concerns.

By far the biggest concern among executives is that replacing the traditional office in favour of fully, or even hybrid, remote work will lead to breakdowns in collaboration, creativity, and company culture. To many, the office is considered the perfect incubator. It is seen as a facilitator of integration, fostering the type of inclusion and sense of belonging that births ideas and leads to innovation. And the fear is this is just too difficult to replicate online — that if a company doesn’t have a physical space, a place for its employees to come together, sustaining inclusion becomes more difficult.

Today, the hard truth is that rigid policies around where staff can and cannot work will hurt a company far more than it will help.

Not only are those companies restricting their access to a diverse range of global talent in favour of those willing to relocate or within commuting distance, but they will struggle to make new hires and find it harder to hold on to their top talent. So, what can companies do to sustain inclusion and maintain their company culture in the new world of remote work?

As the co-founder of a startup born in a post-pandemic world, our company was designed remotely. While we did not have to make operational changes, close offices or think about how to maintain team dynamics digitally like more traditional companies were forced to, we still had to think about how we would bring our remote workforce together.

I believe that people feel included, really feel as though they are a part of a collective, when they are encouraged to have a voice and know that what they say will be heard, and when they are treated as individuals and shown that they are valued and that they belong.

The first step senior management should take when seeking to create and sustain inclusion in a remote workplace is to agree upon their values. After which you need to decide how to communicate those values and how to act on them. Because your employees need to know what you stand for and what type of company they are joining.

The next thing to address is how you will bring different people from different cultures and backgrounds together in a way that doesn’t feel awkward and forced. In a remote company, much more so than in a traditional one, you are going to be playing an active role in introducing people to one another and fostering a feeling of togetherness.

It is really important to find ways to recreate the lunchtime chats and general small talk that occurs in an office. Otherwise, your workplace could make employees feel like a collection of talking heads appearing on Zoom calls and communicating through Slack. People need to get to know each other, so you will want to make space within the workday for non-work conversations.

Most mornings start with employees checking their news feeds, agendas and to-do lists, and responding to emails they received after going offline. It is something we are all familiar with, something to which we can all relate. And that makes it a good opportunity for bringing people together in a very organic way.

Set up, as we have, a channel for your employees to come together during this time to talk and catch up and swap stories as the day begins. We also use Donut in Slack to help connect team members from different departments randomly throughout the week for casual one-on-ones. Let your employees know that work time is not only about setting goals and reaching targets, but also about getting to know your colleagues and meeting new people.

There is no way to sustain inclusion within a remote workplace without open and honest feedback. The ultimate aim should be to create a culture where your employees feel that they can speak candidly.

In my opinion, it is best to operate an open-door policy. I genuinely feel that people are most at ease with a leadership team that is visible, available, and approachable. When employees feel like they can share their thoughts and concerns and raise important issues directly, it helps reduce anxieties and build trust. And this is vital in a workplace where there are no face-to-face interactions between team members or managers.

Facilitate open feedback among staff, managers and the leadership team, and use this as a path to guide you forward.

Be Incisive And Intentional About Developing Employees

If you want your company to be truly inclusive, you have to ensure equality of access to growth and support. That means that everyone understands what they need to do to develop, how their career can progress and what opportunities are available to them to expand their skill sets.

This is a really good way to actively engage people in their career paths and establish clear lines of communication early. It is also very effective for helping new hires understand the purpose of their role and the connection between their role and the company and its mission. Finding ways to make your employees feel involved, included and motivated to improve from the beginning will lead to easier integration and more impactful work.

There is no doubt that there are difficulties for traditional office-based companies moving into a fully remote, digital working environment. But the major shift we have witnessed over the last two years should be seen as an opportunity to create more inclusive practices and develop more efficient and effective leadership skills.