Is it Worth Investing in the Metaverse?

The Metaverse is taking the world by storm; there's no doubt about that anymore. As much as many might not agree, Mark Zuckerberg could be credited with taking it to the next level simply because his formerly called Facebook has about 3 billion active users worldwide. 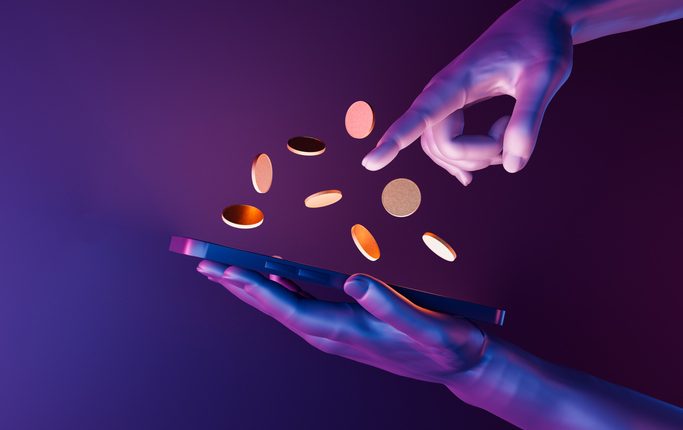 However, as many already know by now, the term Metaverse was coined by Neal Stephenson in his 1992 science fiction novel entitled Snowcrash, where humans interacted with each other as avatars. In his book, the Metaverse is referred to as a digital universe accessible with virtual reality (VR). Today, the Metaverse is a digital world created using different technologies like VR, augmented reality (AR), cryptocurrency, and the internet, or an iteration known as Web3.

The Metaverse is the future, whether we want it or not. The pandemic changed the world forever. Thanks to it making remote work more pervasive than ever before, the younger and future generations may never set foot in an office and instead work remotely from within a virtual world. Globally, people of all ages are experiencing a fundamental transformation in how they work, how we all work. It’s impossible to predict the future, especially when considering all the moving parts involved in what will happen, such as regulations and laws and how governments will impose them. How humans respond to the challenges and opportunities brought on by innovation in technology will determine in a significant way how the future plays out for all of us.

Currently, we are seeing the Metaverse going far beyond just being hype or buzzword. As with all markets, the Metaverse is also quite significantly affected by speculation but also very much by the opportunity to monetize virtual land with games, events, word spaces, and other profit-generating projects.

If JPMorgan’s involvement in Metaverse investments or Morgan Stanley’s, Goldman Sach’s and Grayscale predictions that this virtual world will generate trillion-dollar revenues shortly is still not a clear indication of how exciting this market is, then the fact that Microsoft, Facebook, Google, Nvidia, Unity Software and Qualcomm have all purchased Metaverse land should be.

If JPMorgan’s involvement in Metaverse investments or Morgan Stanley’s, Goldman Sach’s and Grayscale predictions that this virtual world will generate trillion-dollar revenues shortly is still not a clear indication of how exciting this market is, then the fact that Microsoft, Facebook, Google, Nvidia, Unity Software and Qualcomm have all purchased Metaverse land should be.

So, on that note, let me mention a few Metaverse stocks that show promise as solid investments moving forward. Still, first, it is worth mentioning that in 2021 Metaverse real estate prices rose by over 700% and that PwC, the second-largest professional services network worldwide and one of the Big Four accounting firms globally, said this is an evolution, not a revolution. However, that evolution —the Metaverse widely used by the general public— could still be a couple of decades away. Let’s not forget that that’s about how long it took mobile phones and social media platforms to go from early adoption to mainstream pervasively.

While currently, all stocks are down because of Russia-Ukraine developments, there’s an increase in the demand for new cloud and edge servers and other software and hardware products required for the Metaverse to go mainstream.

That means people should be researching Nvidia, which is well-positioned to meet Metaverse’s hardware needs. This tech giant is a leader in graphic processing units (GPUs) and is also currently using these capabilities for its 3D-design platform, which could increase its revenue stream by billions of dollars yearly.

Micron Technology is another company to take a good look at because it is a leading flash memory and storage, innovation supplier. This firm specializes in non-volatile memory (NAND) and dynamic random-access memory (DRAM) chips. These are vital for gaming and smartphones. Micron is also experiencing increasing data centre market demand and management, expected to outpace other markets over the next ten years.

Microsoft recently expressed its all-out interest in the Metaverse acquiring Activision Blizzard for a whopping $68.7 billion. The move is projected to double Microsoft’s quarterly revenues to over $4 billion. But more importantly, in relation to its metaverse strategy, Call of Duty and World of Warcraft —which join the software giant’s Halo and Minecraft franchises and add millions of gamers to its metaverse ambition— could be formatted to work with Microsoft’s VR goggles.

The metaverse market in itself could be worth more than $750 billion in the next five years, which is a massive jump from the $22 billion it was worth in 2020. So, the question we should all be asking ourselves is, do we want to watch this sector grow from the sidelines? Or, do we want to dip our toes into metaverse real estate or tech. The decision is always one that each person needs to make based on their financial circumstances, although one thing to never lose sight of is that you should never invest more than you can afford to lose.

Luis Carranza is the Founder & CEO of Fayre.