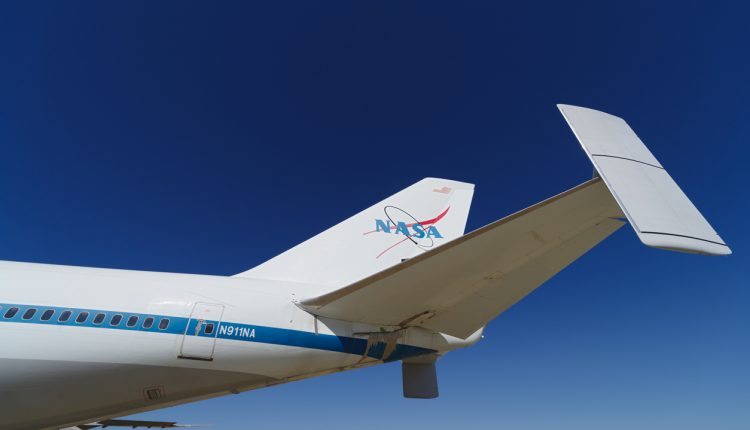 This new generation is called QueSST or Quiet Supersonic Technology aircraft, designed to reduce sonic booms which forced the original Concorde of the 1960s to slow down over land.

The X-59 is being produced by Lockheed Martin at its Skunk Works in Palmdale, California, after the aerospace company received a $247.5 million contract from NASA to develop the supersonic aircraft. The design team expect the aircraft will be capable of reaching a cruise speed of 925 mph or Mach 1.4.

According to NASA, the aircraft is designed with a 30-foot long nose that will help reduce the sonic boom when the aircraft reaches Mach 1.

“The X-59’s unique shape controls the way the air moves away from the plane, ultimately preventing a sonic boom from disturbing communities on the ground,” says NASA in a blog post.

“The most recognisable part of the airplane – the wing – was “the most complicated section and first section of the X-59 that was fabricated by Lockheed Martin.”

“The X-59 – the visual centerpiece of the mission – definitely brings in the cool factor, but the data part of NASA’s mission – the nerdy part – is what will revolutionize speedy commercial air travel over land.”

While the X-59 will only have space for one pilot and no passengers, further down the line, NASA plans to develop the aircraft’s “quiet” supersonic technology for commercial flights.