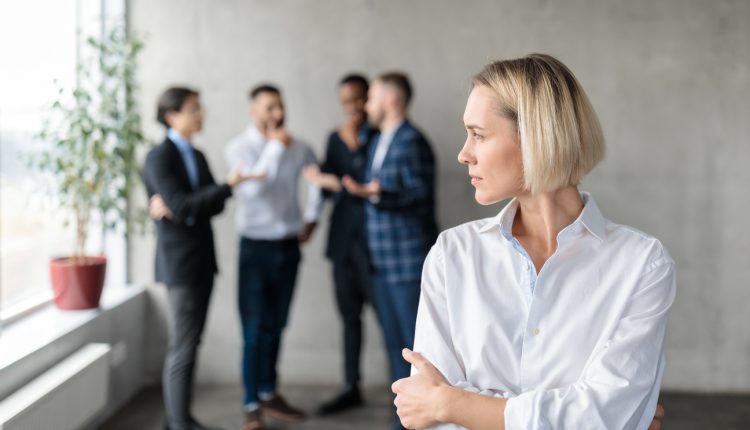 The desired state or best organisational culture is one where people want to come to work willingly, and where they feel included and respected. Their leaders are human and democratic and colleagues are professional and inclusive.

Humans, as part of organisations, will bring their own positive and negative attitudes, and these contribute to the existing culture that also has an influence. Given that humans create, uphold, influence and maintain organisational cultures, inevitably, some will be positive, others negative and all can go wrong.

Organisational cultures can change quickly and go from positive to oh so wrong in a heartbeat. The quickest way for that to happen is through a change of leadership. How else can business cultures go wrong?

By ignoring values and history

Organisational history is part of the backbone of a business, and we often ignore its daily impact. If the past contains permissions for negativity, then this can continue and build, especially if it provides a stage for unacceptable behaviours from established and new employees.

Culture can become negative or continue to be so if the written or stated values are simply not central to how people conduct work. And the discrepancy between what people say and do often provides the proof.

The above can override purpose and therefore contribute to a culture becoming amiss. These situations can arise slowly or quickly. What we need is enough people (or a few powerful individuals) to show disregard for history, values, and purpose. The rest of the staff then usually follow suit.

We recognise the list of unacceptable behaviours, from minor infractions (gossip, occasional lying or bullying or harassment, low-level plagiarism) to major deeds including hubris, masochism, sociopathy, constant bullying and fraud.

Cultures become adversely affected by the very presence of these behaviours, especially when little is done to address their use. Managers and leaders will rarely do something constructive to ensure that these are no longer used, and the perpetrators helped to learn alternatives. Doing nothing often leads to such individuals being tacitly reinforced for their unacceptable behaviours and so they continue.

Leaders can acknowledge and address such behaviours. But they and others may not acknowledge their existence and ignore them through wilful blindness or straightforward suppression. All of which require a great deal of personal energy, often more than is needed to tackle such actions.

Commonly, these behaviours become the norm and those who are the target simply learn to live with them or leave if they can. Trust levels are usually low, and selfishness often comes to the fore.

Emergence and continuation of distasteful leadership

The pattern for distasteful leadership may already exist in an organisation or a new senior person could introduce it. In either case, such leadership sets the tone for others to follow. Where power is overtly and covertly misused to dominate and threaten to gain a perceived sense of control over staff. This usually gives permission for others, lower down in the organisation, to behave in similar ways.

If there is a group of individuals who, formally or informally, utilise distasteful leadership behaviours, then the impact can be greater, especially if their reach is wider than a single leader with these attitudes. And then they really can control the culture even to the point of people being told what to wear and to be silent if questioned.

Others in the organisation are likely to submit to and may even contribute to the wrongfulness. They may be fearful, especially if they have been threatened, and they may lack courage. Commonly, they simply adjust to the awfulness of the situation, even though there is often an undesirable psychological impact.

Those showing distasteful behaviours rarely stop and reflect on the impact of their deeds. If they did, they may feel discomfort and want to change but may not know what else to do, especially if these behaviours are a means of self-protection against perceived insecurities. Some may not want to change. Adult behaviours and patterns are usually very ingrained, and it takes effort to acknowledge the need for change and then alter.

Distasteful leadership behaviours often continue and become embedded because most lack the courage and have the strategies (even if relevant policies exist) to tackle the responsible individuals holistically so that they learn (if possible), and other employees feel safer.

A focus on exclusion and not inclusion

Humans are so very different and individual, all of which are significant. Even in these days of diversity, equity and inclusion, cultures can focus on excluding those seen to be different and not ‘people like us’ rather than including everyone. Exclusion of some can happen easily and then perpetuated as others see it is necessary to leave out some, or act as if it is, to survive.

None of the above is news to us. Perhaps the question we need to ask is what we did to contribute to the wrong continuing. What did we not do? And what can we do to improve the situation in a human and respectful way? How can we make a commitment to address and tackle such cultures so that they are not as common as they are? Our motivation for change should be the responsibility we ought to feel as leaders for the wellbeing of staff.

About the author: Anna Eliatamby is a clinical psychologist, workplace well-being expert and author of Healthy Leadership and Organisations: Beyond The Shadow Side, out now priced £14.99.