Here’s Why Elon Musk Doesn’t Pay Himself A Salary 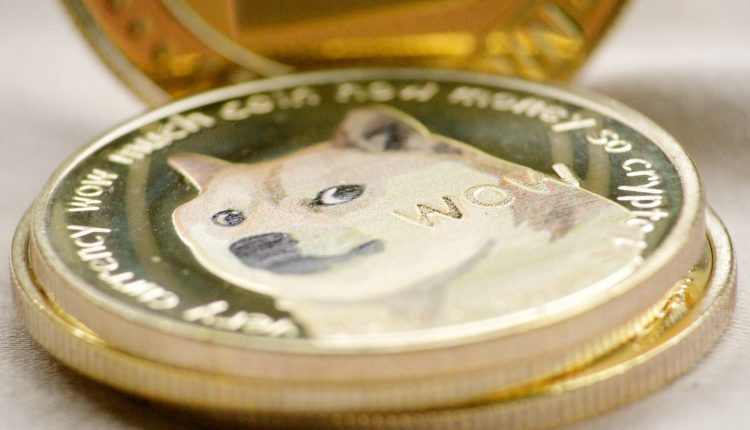 Elon Musk may have said that he doesn’t have a pot of money lying around, but you can bet your bottom dollar that he doesn’t have to search for change in his wallet to fill up his fancy Tesla. Yes, Musk might not have billions sitting in a bank account, but he does have billions at his disposal whenever he’s ready to use it. That’s thanks to a combination of his businesses, with Tesla and SpaceX being the most fruitful.

Considering he doesn’t pay himself a salary and he isn’t sitting on a pot of money, so to speak, what are his reasons behind it, and what does he do with his money? Let’s explore.

He Is The Crypto King

Musk’s wealth came into the spotlight at the end of last year as he joined many of America’s wealthiest in highlighting the issues with the tax he would have to pay that year. Tax increases saw the wealthiest pay out billions – Musk owed around $10 billion. That became a problem for him as, in his own words, he doesn’t have a pot of money he can just dip into when he needs it.

Musk’s money is mainly tied up in stocks and crypto – some dub him as the crypto kind, and in some respects, he is. His tweets have always influenced the crypto market, but only specific coins. DogeCoin and SHIB, for example, have had a highly volatile lifetime thanks to simple tweets of the meme coin.

Still, he doesn’t just tweet about the crypto market – he’s heavily invested millions, potentially billions, of his money into it. Musk has always advocated the crypto market to be the future, and there’s still time to learn the ropes by checking out the bybit learn section. Bybit is a huge crypto-based company that has just signed a massive contract with Oracle Red Bull Racing. The rise of crypto is well and truly on the way, and there’s still time to capitalise on coins that are steadily increasing.

He Uses It To Help End World Hunger

Musk made it into the headlines multiple times at the end of last year, almost always relating to his wealth. Famously, he tweeted a question asking The WFP how much $6 billion would contribute towards ending world hunger. He also said that the UN’s plan to end world hunger must include open source accounting so that everyone could see where the money went.

Roughly 42 million people live in poverty and suffer at the hands of world hunger. Musk believed that $6 billion would be more than enough to end the problem, and he’d be right. There had been months of silence – until recently when news articles surfaced detailing how Musk sold $6 billion of his Tesla shares, which after fees worked out to $5.6 million, and he donated it to end world hunger. If you ever wondered how the richest man in the world spends his money, he spends it helping to end world hunger.

He’s Never Paid Himself A Salary

Well, in his early days, he might have, but now he is worth hundreds of billions; he doesn’t actually pay himself a salary. He is entitled to pay himself a wage, but he’s chosen not to claim it for the last few years. It’s common practice for business owners to do this. Recently, in an interview with The Diary of a CEO, Ben Francis – the founder of the global fitness company GymShark – said how he didn’t pay himself a salary for the first few years of running the company. Instead, he carried on working at a local sports and fitness brand and lived off his part-time wage. The idea behind not claiming a salary is to funnel every bit of profit back into the growth of the business. Jeff Bezos, Bill Gates, and Mark Zuckerberg have all done the same.

His Shareholder Percentages Are Massive

Let’s face it; when you have shareholder percentages as large as Musk does, you won’t be worried about paying yourself a salary. Musk’s most lucrative shares come from Tesla, of which he has a 17% shareholder ownership. That doesn’t sound like a lot, but that’s valued at $172.6 million, and he recently unloaded $22 billion worth of his Tesla stock.

He also owns and has a majority shareholder ownership of SpaceX – his company that he intends to take to Mars one day. There’s no denying that his revolutionary and visionary technology has the potential to do so. However, there have been a lot of setbacks to his SpaceX project that saw Musk lose millions over the years.

Some people don’t know this, but Elon Musk was the initial founder of PayPal, and he still has huge investments in the company. He created PayPal under the name X.com – and a few years later, eBay bought X.com and changed the name to PayPal. He also has shares in DeepMind Technologies and The Boring Company.

Elon Musk has accumulated his wealth over many years, and he’s by far one of the most intelligent business people on the planet. He understands how to manipulate markets in his favour, and he’s without a doubt a visionary. And now you know why he doesn’t pay himself a salary.