Jonathan Manzi: The Inspirational Success Story Of A Precocious CEO 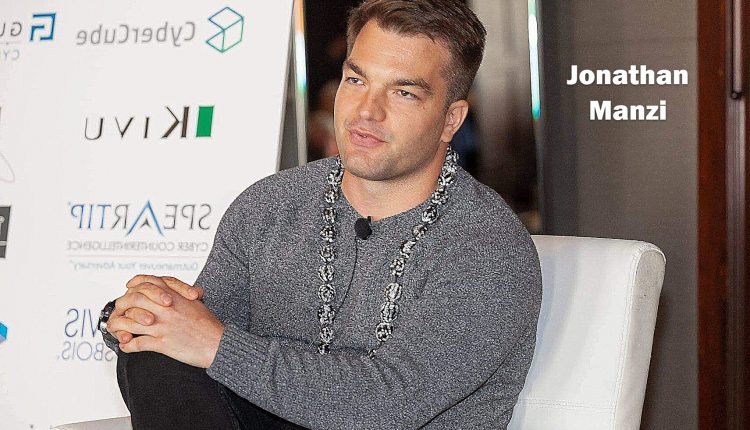 Jonathan Mellert Manzi is an innovator, entrepreneur, and trailblazer, the figure behind Beyond Protocol, a distributed ledger technology venture, along with Inc, a tech company reimagining the digital print industry. Manzi is one of the youngest people in history to attain a net worth surpassing $1 million at 16 years old. He went to Stanford University, and his entrepreneurship prowess has made him an influential figure within the investment and tech space.

Manzi was born on January 23, 1991, in Beverly, Massachusetts. By age 15, he had already started his first company. 4 years later, at the age of 19, the company was valued at over a million dollars. Vintage Network, Manzi’s first enterprise, was an internet advertising entity that allowed companies such as Visa, Netflix, and Blockbuster to get new subscribers and customers. It offered incentives such as free iPods and laptops to get new signees, and in 2008, the company grossed about $3.2 million in revenue. However, Manzi has not been forthcoming about its performance from then onwards.

Manzi would later join Stanford University but had to juggle class and run a whole enterprise with seven full-time employees and 11 part-time workers. It was a challenging task for him, but he was always vocal about being up to the task. Still, this did not mean that Manzi never ran into any issues. For starters, he had to run two offices in the Boston area from 3,000 miles away, confer with a programmer in Romania, and deal with unscrupulous employees, one of whom embezzled over $15,000 when the company was just getting started.

The Chaos That Was Jonathan Manzi’s Life

While at Stanford, Manzi had an advisor, Hornik, a general partner with August Capital. In an interview, Hornik noted that he recognized Manzi’s familiar entrepreneurial bent and his addiction to company building. Manzi acknowledged this addiction, further noting that he enjoyed the chaos that came with juggling school and entrepreneurship.

“I don’t sleep. Chaos has become normalised for me. When I’m actually not in a chaotic situation, it feels abnormal. But I love the chaos. That’s what makes it exciting,” he noted.

When asked about dropping out of school to focus on running his company fully, he reckoned that:

Jonathan Manzi On Dropping Out Of School

Manzi’s initial plan was to take the winter quarter off to run his company and get everything situated before returning in spring with a better system in place for the extreme multitasking that had grown to define his life. He, however, ended up dropping out of Stanford altogether to work full time on one of his companies- Ink, which used emerging technology to reimagine the print shop.

Manzi would, however, go back to school years later, studying management science and engineering. His leadership skills also translated to the school setting, where he served as the student government’s entrepreneurship chair.

During this time, Manzi streamlined operations at his Ink Labs company, even conducting a pilot test on the University of Nebraska-Lincoln campus and in partnership with 12 other universities within the United States. This period shaped Manzi into the entrepreneur he is today and was even lauded for his ability to attract brilliant, young, trustworthy talent at scale and offer them a superlative proposition for quality of life.

Jonathan Manzi: CEO Of Beyond Protocol

Beyond Protocol is Jonathan Manzi’s latest brainchild. It is a new internet for inter-device communication, leveraging distributed ledger technology.

Started in 2018 by Stanford engineers and technology executives, this company seeks to offer a platform for device security, communication, and coordination, what Manzi refers to as a “new internet for devices.”

“Beyond seeks to build real, practical solutions for device security and payments from consumers to devices, and soon, within an economy of devices, we envision a future where good triumphs over evil and technology can work for us to create an exponentially safer and more beautiful world,” Manzi noted.

So far, in the 2021 calendar year, Beyond Protocol has entered into a strategic partnership with Huobi, one of the world’s largest global cryptocurrency exchanges. The goal of this partnership is to scale up Huobi’s artificial intelligence (AI) investments in a move that seeks to help investors understand the intricacies of emerging financial markets and the potential of blockchain technology. The company also partnered with Vanderbilt University to use biometric technology to study mental health. This project will capture biometric data and analyse cognitive health metrics among athletes and performers.

In addition to entrepreneurship, Manzi is also an avid writer. He blogs about his work, economics, and technology, and is even writing a book about the power of intention. Some of his recent blog posts include his take on recession, investments, and mindset, the digital printing industry, as well as the role of blockchain in stopping chip hacks and other criminal acts.

He is driven by the principles of service, mission, and love, and identifies as an agnostic and a skeptic-turned-Christian, based on evidence. Going forward, Manzi is committed to fostering Beyond’s partnerships with key players in the industry. He is also committed to increasing value for the company and its shareholders through innovation, pushing for the right ideas, and, most importantly, educating the masses on blockchain and its importance on data security and integrity.

The future of Beyond Protocol looks bright, and the strategic moves made thus far have shown the company’s commitment to increasing value for its shareholders and pushing innovation to the next level.

On December 17th, Beyond Protocol announced its listing on MEXC, marking the beginning of a series of listings on top exchanges by volume as the company plans to venture into new markets in line with its token release schedule. 2022 promises to be a big year for the company, and the foundation laid down so far is guaranteed to yield a decent return on investment.