Empowered by a number of global movements gathering pace in our daily life, social justice is now being pushed to the forefront of business by employees, customers and communities. 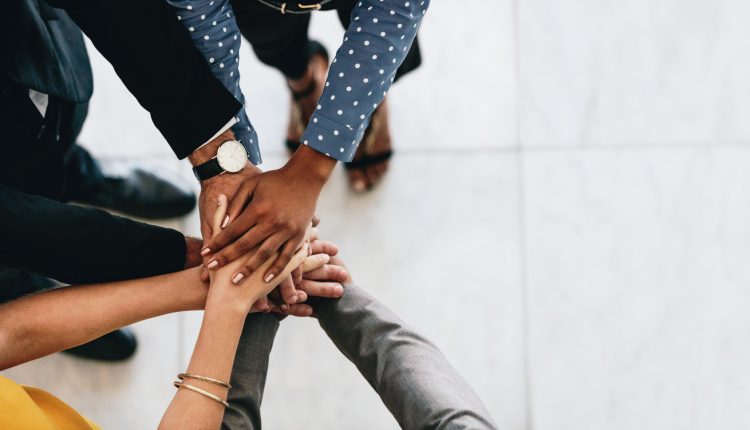 Against the backdrop of the climate crisis, unsustainable inequality, growing dividedness and divisiveness, and lack of a consensus about what is true, “business as usual” is no longer an option. We are starting to see a global awakening: we need new systems in every sector and more employees are now speaking out, taking a stance and holding their organisations to account.

The career shift: from a money maker to a place of belonging

Over the past decade, we’ve lived through a time of perpetual change. Since 2010, there have been huge shifts in democracy, international relations, in climate and society, in religion and in community. The societal transformation we’ve experienced over the past twenty months by Covid-19 has accelerated this further, impacting our sense of community and belonging, causing many to rethink their lives and the meaning of their work.

Previously seen by many as a way to make money and gain financial security, jobs are now a place where people seek belonging, meaning and purpose, as well as the environment to express individuality. The workplace is no longer single faceted, it’s a place for productivity and a place for action around social injustice.

This shift in prioritising beliefs and a sense of belonging within an individual’s work is evident in the growing interest in the CSR and environmental credentials of the employer. Over half of UK employees no longer want to work for a company that doesn’t prioritise sustainability, and “top talent” is now choosing their workplace based on the organisation’s environmental, social & ethical track record.

While this creates higher expectations for the employer, it also creates an exciting opportunity for them to integrate environmental, social and ethical outcomes into their core business; inspiring and mobilising their workforce while doing so.

In parallel, the last decade has seen the rise of a number of global movements and campaigns which are starting to shift systemic attitudes and beliefs. Extinction Rebellion, #MeToo, Black Lives Matter and the #OkayMovement are grounded in frustration and outrage with the status quo and are continuing to ripple into the mainstream, and with it, the workplace.

Put simply, this conversation does not just exist outside of work hours. There is now more at stake for organisations to be part of the change which allows – and demands – action surrounding social injustices to take place.

Global movements driving more conversations in the workplace combined with more employees searching for meaning in their work has resulted in 2021 being a year for pledges. There has been a significant demonstration of organisations making pledges to be part of the change, committing to reducing their environmental impacts and creating a more diverse and safer working environment. Over a fifth of the world’s 2,000 largest public companies have committed to meet net zero targets and it’s widely regarded that nearly 100% of companies have a diversity programme.

While recent events have functioned, on the surface, as a catalyst for equality, the resulting statistics don’t match the pledges being made. This year marks the first year since 2014 without a single black chair, CEO or CFO in any FTSE 100 company, with ethnic diversity at CEO level declining from 4% in 2019 to 2% in 2021.

Such company pledges are of course indications of intention, but the PR statements of 2021 are no longer enough: employees expect 2022 to be a year of action. Companies will continue to be held to account for their pledges and need to move from “quick wins” and “low hanging fruits” to deep, long term cultural change.

The work for the leaders of such companies who have made pledges, as well as those who are yet to make them, is therefore harder. It requires leaders to do more than what they are already doing, disrupting traditional business processes and redistributing their current resources to deliver on their promises. Making a pledge is the first step, the inner and outer work then must follow.

This is likely to create an uncomfortable dichotomy; while leaders are demonstrating they are responding to their employees’ needs and beliefs, they must maintain business and financial practicability, juggling finite resources and corporate goals. Leaders will have to hold both in service of putting dignity at the centre of business.

Our world has changed since the start of the century, yet traditional processes and old-fashioned values remain prevalent in big business.

Today’s c-suite must redefine those practices and create a more just, inclusive and sustainable world that works for everyone. To do so will require leaders to hold multiple truths at one time: that they are part of the problem which allowed social injustices to thrive, and also part of the solution to drive change.

Real change will only come about with a significant shift in business mindset. Employees are becoming social advocates, pushing for their voices to be heard; big business, it’s time to exercise real leadership to create the change we need to see.

About the author: Benjamin Lane is the Director of UK Acumen Academy, the world’s school for social change which exists to build a locally rooted, globally connected community of social innovators who are committed to driving change across sectors, disciplines and places.