6 Ways To Build Trust In A Hybrid Team 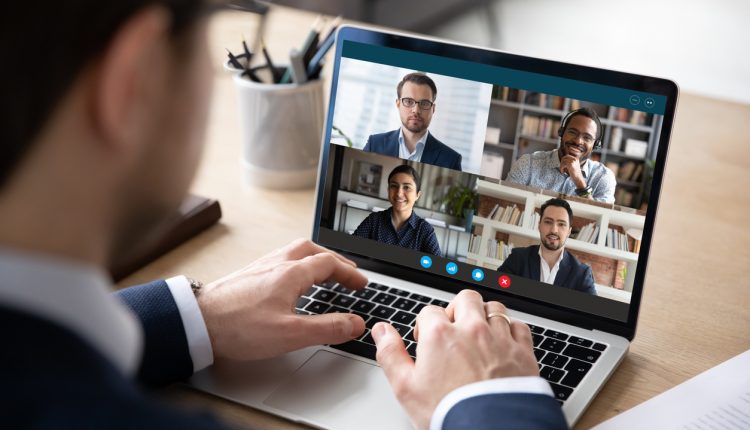 The virtual team bandwagon has been well and truly gathering speed prior to COVID-19. Even before the pandemic sent us all back home to work, 85% of us have at some time worked in a virtual team and almost 20% of us spent our working day interacting with other virtual teams.

Building trust is harder in a virtual world but not impossible to achieve. Researchers have found that the level of trust in a team is inversely proportional to the frequency of face-to-face interactions across that team and that the level of relationship conflict is similarly inversely proportional to the number of face-to-face interactions in a team. So, building trust in the virtual team, where face-to-face time is minimal, is seriously compromised.

The expectation is that the ‘new normal’ will be a more hybrid model of team-working, a blend of office and remote working.  The very real challenge of leading the highly effective virtual team will magnify.  There are, however, some simple ways to have an impact on trust levels in a hybrid team.

To effectively build trust, we need to start by building cognitive trust before we build emotional trust. This type of trust is accumulated when we feel we are on the same page with someone else. In a team, this is built on clarity of purpose, individual and team goals, roles and responsibilities, shared expectations of the plans and agreed ways of working or target team norms. It doesn’t matter how much psychological safety or empathy is in the team, if your hybrid team is not securely wedded to these fundamental mental models, the metaphorical wheels will fall off and then trust will come crashing down. Use this type of trust to then build lashings of emotional trust through supportive, empathic and considerate behaviours. But remember, cognitive trust in the hybrid team is your most important trust-forming foundation.

Next, you need to build psychological safety within the team to reduce feelings of isolation. To do this, share how you are feeling and encourage your team to do the same. Be vulnerable with your team first to encourage them to be honest with you and the wider team. Leaders hold the key to making the team feel safe enough to talk about their feelings. It’s easier to do this via regular 1:1’s with the team to gauge where they are. Rearranging these when they have to be moved is even more important to virtual members of your hybrid team. Never take for granted the importance of 1:1’s for those working virtually in the hybrid team. When you feel the team is ready to share, encourage team-based conversations about how everyone is feeling – this is even more powerful.

Miscommunications and misunderstandings are rife in the hybrid and virtual teams. To safeguard good communication, make a real effort to state and then restate very clearly what is being said, especially the actions or decisions as you progress through a meeting. Then summarise the actions again at the end of every meeting. Summarise the progress made too. Go out of your way to make it plainly obvious what has been done and what has to be done. The research on this in hybrid and virtual teams is particularly compelling. For the benefit of those not able to circle back as they walk past your desk, or catch up at the coffee machine, and to continue to build psychological safety, make a real effort to summarise, restate and conclude without ambiguity.

4. Use Video Call For Difficult Conversations

Research has shown that positively worded emails come across as neutral, neutral emails read negatively and negative emails read like someone’s hitting you over the head with a hammer. Difficult conversations on email can result in getting into a defend-attack pattern where the context is almost impossible to establish. So instead of pinging a critical email, do the next best thing to having a face-to-face conversation, pick up the phone or book a Zoom or Microsoft Teams call with your virtual members instead.

5. Build Constructive Rather Than Destructive Tension

As the hybrid team extends itself out of its comfort zone we need to build constructive rather than destructive tension. Remember, giving negative feedback to your virtual members requires higher levels of existing trust than giving negative feedback to those with whom you see day in day out. Without this trust, the feedback won’t just be ineffective, it may actually be counterproductive and cause significant conflict. So, tread very carefully indeed when giving negative feedback online or over the phone. Be less direct and more gentle with your words. Above all, be descriptive, not evaluative by saying how you feel (an emotion like ‘disappointed’ ‘concerned’ or ‘worried’) and not what you feel ‘about’ their work (‘poor quality’, ‘too slow’). Being descriptive also means gently stating the facts rather than your opinions about the facts. ‘The project is running 2 weeks behind the schedule you forecasted’ is a fact. ‘You are going too slowly’ is a negative evaluation. Try to avoid evaluations. Just gently state the facts and in the first instance at least, let them work out the implications.

6. Empower Your Team To Make Decisions

You can improve decision-making speed and efficiency, both of which are compromised in virtual teams, by distributing decision making across your hybrid team. To do this effectively, and to combat more chances of misinterpretations, form an explicit ‘deal’ between yourself and the team member and the sub-teams that exist in the team. View empowerment as a transaction rather than a leadership behaviour. To strike your deals, make it clear what you are empowering, what this looks like and what you expect to see as a result. You then have to negotiate with each person or sub-team being empowered.  What decision making authority are you giving them? Where does the accountability stop? ‘What do they want from you to make sure empowerment works? What risks do you see and how can both parties prevent these?’ What does good empowerment look like and what does bad empowerment look like? Don’t rush these discussions. Invest time to save time. The whole point of these conversations is to gain clarity upfront of what all parties are putting into making the empowerment relationship deal work. Remember to distribute leadership based on who’s best suited to get the goal over the line, rather than who’s local and easily contactable.

About the author: George Karseras is a teaming expert, psychologist, and author of the new book Build Better Teams: creating winning teams in the digital age which is available now on Kindle and is published in paperback on 18 January 2022.