Why CEOs Should Care About A $340k Tiara 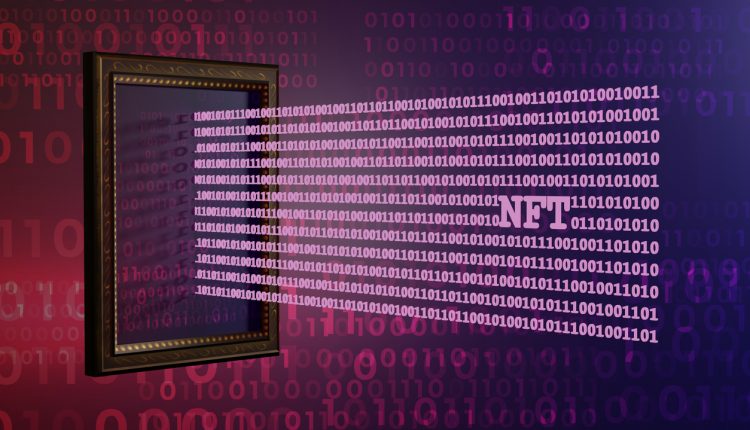 When The Matrix was released in 1999, cinema audiences were blown away by the spectacular visual effects. The idea of being able to enter a virtual world left fans with many philosophical questions regarding the nature of truth and of the possibility of not knowing that you were inside a computer-simulated reality.

Two decades later much of the vision set out in The Matrix is now becoming a reality. VR headsets have become commercially viable, allowing people to immerse themselves in fictional universes such as Batman Arkham, Minecraft and Half-Life: Alyx. The popularity of video games is immense. Two out of every five people in the world are gamers, with the industry market predicted to be US$ 180 billion by the end of 2021.

Online virtual games are far more than 3D fictional worlds, they are primarily communities of passionate fans, not only competing, but co-operating, forming tribes, hanging out with each other, and from an economics perspective, transacting, spending millions of dollars on in-game inventories.

The Introduction Of NFTs

While the global pandemic attracted many new gamers in the last year, the gaming market exploded in 2021 with the introduction of NFTs – non-fungible tokens. What has changed is that players can now collect unique digital items that can appreciate in value and be sold at a profit.

With Web3 technologies based on decentralisation and self-organisation, traditional business models are facing a new form of economic disruption. The question CEOs now face is how to prepare for a new hybrid reality in which existence is divided between the real and the virtual. For this reason, many of the world’s leading brands are now waking up to the realisation that gaming is now as important a channel as traditional and social media. Leading the way are some of the most cutting-edge fashion houses that are experimenting in creating digital-only clothing which is often “modelled” by social media influencers.

Dolce & Gabbana And The Impossible Tiara

In September 2021, Dolce & Gabbana broke all records when they auctioned a nine-piece collection of NFTs (non-fungible tokens) designed by Domenico Dolce and Stefano Gabbana in partnership with digital marketplace UNXD.

One item, The Glass Suit, offered as both a physical and digital item, fetched around US$ 1 million, making it the most valuable suit ever sold by D&G. But what really caught the world’s attention was a different item, the Impossible Tiara, an intangible digital-only creation which sold for US$ 340,000.

The buyers of the items included Pransky and Seedphrase (well-known NFT collectors), Red DAO, an autonomous decentralised organisation that has a focus on digital fashion, and Boson Protocol, who made the purchase to be the centrepiece of Decentraland, their “flagship metaverse commerce experience”.

While many commentators questioned the rationale behind spending such vast sums on intangible fashion items, the value of the publicity generated by the event for the purchasers was far in excess of that which they spent.

The auction marked a historical milestone in the nascent world of NFTs. They are already being enthusiastically embraced by digital collectors, online gamers, social influencers and major brands such as Nike, MGA Entertainment, Disney and Rolling Stone magazine. For example, in December 2021, demand was so high for 100,000 unique NFT avatars created by Warner Bros. to promote the release of the new Matrix Resurrections film that the platform run by Nifty crashed.

However, when Keanu Reeves was interviewed by The Verge about cryptocurrencies and NFTs collectables, his immediate response was to laugh, observing that digital content is “easily reproduced”. He is not alone in wondering if NFTs are an overhyped investment bubble about to burst or are in fact a genuine breakthrough technology.

What CEOs Need To Understand

The mainstream success now means that CEOs need to fully understand the impact on their business models of crypto technologies, digital token platforms and the ‘metaverse’ virtual digital marketplaces now emerging such as UNXD. And, like Reeves, it is important to question the validity of migrating the economic notion of scarcity into the digital economy, when human ingenuity and creativity could be harnessed to help solve the many challenges humanity is facing, such as inclusion, diversity, education and mental health.

The strategic imperative for CEOs for the coming year is to ensure that their organisations are future-fit by developing ‘platform vision’—a profound understanding of the logic and architectures of AI-driven digital platforms that are transforming the way in which organisations create experiences and deliver value to customers in the digital economy.

The following four steps highlight how CEOs can be prepared no matter which industry or sector an organisation may be operating in:

1. Invest in understanding the concepts of Web3. The best way to navigate the sci-fi-like vocabularies and cultures of the next-generation technologies is not to invest financially, but experientially. For example, how easy is it really to acquire cryptocurrency and purchase NFTs? What is it really like to work for a DAO (decentralised autonomous organisation)? In this way, an organisation can gain a deep understanding of both the limitations of these technologies as well as imagining the new creative possibilities they can make possible.

2. Identify vulnerabilities to disruption. Web3 is changing the nature of intellectual property, putting fans, collectors and gamers in control. However, there are many opportunities to develop new forms of value to customers in the form of hybrid offerings which are a mixture of digital content and real-world experiences.

3. Think like a game designer. Games developers are able to develop the most engaging and exciting experiences due to their mastery in crafting narratives, characters, communities and digital worlds. At the same time, new NFT business models such as play-to-earn are changing the way we understand digital rights management, allowing gamers to transact and share in ways that brands can adapt to many non-gaming contexts.

4. Elevate your value proposition. We have developed a Value Proposition Elevation process that goes beyond needs analysis of single demographics to explore value from the perspective of whole ecosystems. Brands can reach even higher levels of potential by being guided strategically by the New 4Ps of platforms, purpose, people and planet to amplify their impact and inclusion rather than focusing on creating artificial scarcity in the digital economy.

By understanding metaverses as platforms there is now a significant opportunity for brands to explore new modes of customer engagement while allowing people to take more control over the ownership of their digital content.

CEOs of the future will be those who have learned to walk between worlds.

In addition to creating amazing new virtual experiences, organisations now have the opportunity to correct the systemic inequalities built into traditional economic models based on scarcity and centralised control. Our collective future does not have to be a dystopian existence trapped inside a dehumanising Matrix-like metaverse. As Joseph Campbell once wrote, what people are seeking is not so much the meaning of life but “a sense of being alive”.

By focusing on systemic value across ecosystems, CEOs can develop future-fit organisations by creating virtual and physical experiences which truly honour what it means to be human in this world and which resonate with our innermost being and reality.

About the author: Simon Robinson is CEO of Holonomics and co-author of Deep Tech and the Amplified Organisation: How to elevate, scale and amplify your business through the New 4Ps of platforms, purpose, people and planet