What Use Is VR In Business? 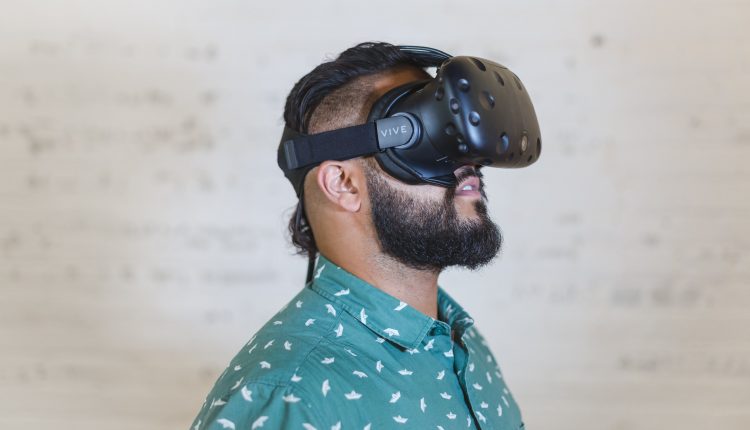 Virtual reality has been one of the most exciting technologies to emerge this decade, but we often have trouble explaining its utility. Understandably, most of the biggest news in VR comes from the gaming industry, almost to the point that one could misunderstand it as a gaming-exclusive technology. But VR has uses far beyond gaming, and in some cases can actually be an interesting tool for businesses.

It’s almost difficult to talk about marketing in broad terms, because it works differently for each company. This is perhaps truer than ever before these days, since so much marketing takes place through digital means. Companies cater their efforts to their exact products and needs, to the point that universal marketing device is almost obsolete, in some cases anyway. This is true where virtual reality is concerned also. There isn’t one overarching way to apply the technology to a modern marketing effort.

That said, plenty of companies are using VR marketing in very interesting ways that are worth taking note of for inspiration. For instance, an entrepreneurship group advocating for current or former prison inmates partnered with a group called Within to create an immersive experience that showed users what it’s like to be an inmate; Lowes has used VR to help people learn to navigate its stores or even take on DIY projects with its projects. These are just a few examples, but understanding them you can begin to see how virtual reality marketing can be a breakthrough.

This concept more or less speaks for itself, but it’s an interesting idea that’s catching on in some industries. While many are turning to IoT-related sensors in order to manage inventory, some others are using VR in a way that allows them to monitor supplies and even the arrangements of products on store shelves. This can ensure that a supply chain remains functional and that products are available and well presented to potential customers.

This is one area in which we can actually look to gaming as a sort of foundation for business activity. We tend to think of VR environments as being fictional or artificial. In some game categories, however, a more realistic approach is needed. We have seen casino gaming striving for more realistic atmospheres for some time, for instance. Video slots have emerged thanks to the rise of video content on the web, and “live” dealer games soon followed, featuring feeds to real human beings dishing out cards and spinning roulette wheels. This is where these games are expected to break into VR by many, such that players will look through headsets to real people conducting games.

When you think about it from a business angle, it’s a perfect setup for video conferencing and remote meetings. The chance to watch people giving presentations or simulate sitting at a boardroom table in VR could be a very significant development. Just as a live casino game can make a player feel like he or she is actually in a casino, VR conferencing and presentations can set the illusion that people are working together, fostering greater communication and understanding. It might just limit the need for office space and minimize travel costs as well.

This almost touches on VR as a gaming mechanism more than anything else, but it’s still very important for the workplace. Entrepreneur did a nice write-up of how VR is going to change businesses and highlighted the technology’s ability to make humans more efficient and healthy. This might sound counterintuitive when we think of VR in the context of other entertainment and gaming systems, but the idea makes sense. Basically, taking a VR break in the middle of a work day can give an employee a reason to stand up, move his or her arms and legs, and generally break up the sedentary nature of the day. It’s an immersive and effective way to get even a small amount of activity that can keep an employee both healthy and productive.