The Type Of Business Leader Young Employees Are Looking For 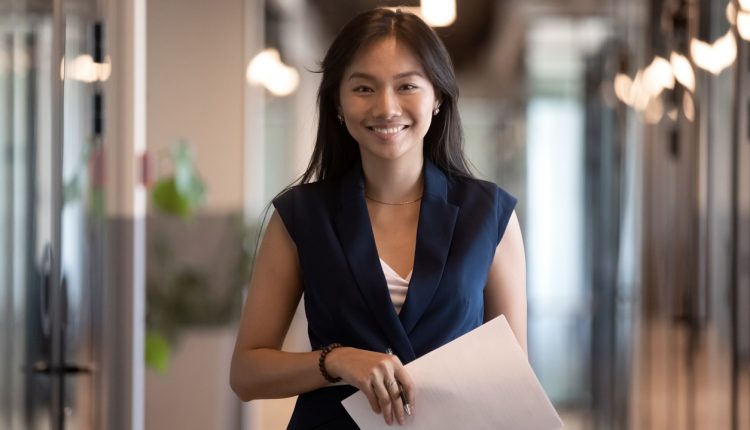 As the Irish philosopher Edmund Burke once said, “you can never plan the future by the past”. The world is constantly evolving and, for CEOs, the world they lead today is far different from the one many started their career in.

The converging trends of technology, diversity, Generation Z and environmental, social and corporate governance are creating a world of transparency – a world where nothing can be hidden.

CEOs today are held to a ruthless code of accountability by educated stakeholders who expect the companies they represent to make a broader contribution to society, beyond just making lots of money. These professional stakeholders have an agenda that incorporates social justice, climate change, inclusivity, and mental being – far beyond the scope of many CEOs twenty years ago. And during the pandemic, the responsibilities of a CEO have taken on a new dimension, with many required to pivot their business, keep remote teams engaged and support their employees through the most disruptive period in living memory. Over the past 18 months, we’ve seen many CEOs rise to this challenge and there are numerous examples of what I would call, ‘The Future CEO’. Take Bumble’s CEO, Whitney Wolfe Herd, for example, the tech entrepreneur gave her team a week off in June to deal with “collective burnout” and in August, the dating app announced all employees would receive a minimum of six months’ paid leave for birth, adopting or surrogacy of a child.

Trust is at the core of new leadership

Trust is at the heart of Wolfe Herd’s approach as Bumble CEO, and this is the quality that new leadership rests on, in the eyes of younger employees. In the past, CEOs relied on power over their employees, rather than trust, meaning their leadership credibility was earned through intellectual prowess and the use of authority, to achieve singular outcomes, such as maximising profit. However, in a society where deference to authority is collapsing and purpose-led, emotionally intelligent leaders are coming to the fore, CEOs’ credibility must be earned by building human trust, not by exercising expert authority.

When I first started my career, I looked up to the senior team in the business I was at, but they were all much older men who were very formal and not hugely present in the business. In some ways, I saw them as this ‘special’ kind of person, not like me at all. But the reality is they’re not like that at all, they were real people with strengths and challenges. And from my experience, I didn’t get to see or understand this until I became more senior.

I feel nowadays there is a difference: CEO’s and business leaders need to be more open and relatable to build  trust and to inspire their teams. Helping people see that you can be anyone, and still be a CEO is important to build and support a diverse and inclusive future.

To build human trust, CEOs must take stakeholders at all levels, including employees – regardless of their seniority – and the wider community, into consideration during the decision-making process in a way that was inconceivable just a few years ago.

Why CEOs should engage in a process of continuous learning

As a result, to succeed, CEOs no longer simply need traditional, “left-brain” skills, such as logic and numeracy. They also require emotional intelligence, social skills and an aptitude for creative learning and be able to imagine future scenarios their business and team may face. This means, for example, CEOs will need to understand how their employees feel about their work and what rewards or benefits they want, and then react in a thoughtful and meaningful way. For instance, research from Cushon found that half of employees (51%) want to know that their pension scheme is invested in environmentally and socially sustainable organisations, an issue area close to the heart of many younger employees. To get this approach right, leaders must engage in a process of continuous learning, where they understand their own limitations and unlearn information that no longer serves them well or fits with their team’s perception of how a CEO should operate.

Gen-Z and Millennials crave a more human approach to leadership, based on trust, mutual respect and an appreciation for the wider societal issues facing the world. As Burke conveyed, change is constant and must be embraced – and in this modern and ever-changing era, a successful CEO must be able to adapt with it.