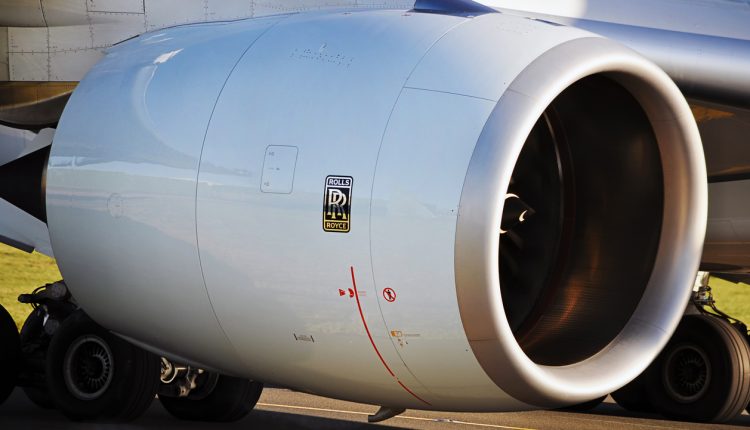 The British company, Rolls-Royce Aerospace, had been working on a battery-electric aircraft for a long time now. And in September, their first plane called the Spirit of Innovation took to the skies for the first time. Although the test flight lasted for only 15-minutes, it set the ball rolling for what was to come. Two months later, the wings took to the sky again with a goal in hand; to cross the 300mph (483 km/h) speed limit.

The company later claimed that Spirit of Innovation had set three new world records during its successful run. During the flight tests carried out on Nov 16, Rolls-Royce said the plane reached a top speed of 345.4 mph (555.9km/h) over 1.8 miles (3 km) which exceeds the current record by 132 mph (213 km/h). In the next run, it reached 330 mph (532.1 km/h) over 9.3 miles (15 km), crossing the current record by 182 mph (292.8 km/h). But that wasn’t it! Rolls-Royce shared further details that the Spirit of Innovation broke another record when it achieved 9,842.5 feet (3,000 meters) altitude in 202 seconds, 60 seconds shorter than the current record. They even believe the plane was now the fastest all-electric vehicle when it achieved a maximum speed of 387.4 mph (623 km/h) during the flight tests.

Rolls-Royce Aerospace has submitted the data for all three records to the Federation Aeronautique Internationale (FAI)- the board that controls and certifies world astronautical and aeronautical records.

Company CEO Warren East shared, “Staking the claim for the all-electric world-speed record is a fantastic achievement for the ACCEL team and Rolls-Royce. I would like to thank our partners and especially Electroflight for their collaboration in achieving this pioneering breakthrough. The advanced battery and propulsion technology developed for this program has exciting applications for the Advanced Air Mobility market. Following the world’s focus on the need for action at COP26, this is another milestone that will help make ‘jet zero’ a reality and supports our ambitions to deliver the technology breakthroughs society needs to decarbonize transport across air, land, and sea.”

Kwasi Kwarteng, Secretary of State for Business, Energy, and Industrial Strategy of the United Kingdom, said, “Rolls-Royce’s revolutionary Spirit of Innovation aircraft is yet more proof of the UK’s enviable credentials when it comes to innovation. This record will show the potential of electric flight and help to unlock the technologies that could make it part of everyday life. The government is proud to back projects like this to leverage the private investment necessary to unlock cleaner, greener aircraft which will allow people to fly as they do now, but in a way that cuts emissions.”

The Spirit of Innovation is a part of the ACCEL (Accelerating the Electrification of Flight) project initiated by Rolls-Royce. The project is half funded by the Aerospace Technology Institute (ATI), partnering with Innovate UK and the Department for Business, Energy & Industrial Strategy.

The aircraft that flew past through all the records used a 400kW (500+ hp) electric powertrain with “the most power-dense propulsion battery pack to ever be assembled in aerospace.” The team worked closely with Electroflight, an aviation energy storage specialist, and YASA, an automotive powertrain supplier. Not only did the team break records, but they collected data that would help shape the future electric propulsion systems for all-electric and hybrid-commuter aircraft.

The test pilot and Rolls-Royce Director of Flight Operations, Phill O’Dell, achieved speeds greater than 132 mph (213.04 km/h); faster than the current record that Siemens eAircraft powered Extra 330 LE Aerobatic aircraft set in 2017. The speed difference between the two aircraft shows how quickly electrification in the aerospace industry is advancing.

Test pilot Phill O’Dell said, “Flying the ‘Spirit of Innovation’ at these incredible speeds and believing we have broken the world record for all-electric flight is a momentous occasion. This is the highlight of my career and is an incredible achievement for the whole team. The opportunity to be at the forefront of another pioneering chapter of Rolls-Royce’s story as we look to deliver the future of aviation is what dreams are made of.”

Gary Elliot, CEO, Aerospace Technology Institute, said, “The ACCEL project demonstrates that strategic investment in UK technology and innovation can achieve extraordinary world-beating results, and sets us firmly on the path to decarbonizing passenger flight in the future. This achievement of Rolls-Royce, Electroflight, and YASA will resonate for many years to come and inspire the next generation of aerospace engineers. They deserve their place in the record books, and the ATI is proud to have played our part in that. Congratulations to the whole team.”

Rolls-Royce is working hard, and their participation in the ACCEL project is one way to create sustainable aviation for the future. These technological developments and other fields define how we want to move towards a better and safer tomorrow.

The future of renewable transportation is dependent on the steps we take today and Rolls-Royce Spirit of Innovation goes in the right direction. Meanwhile, digital connectivity today is creating an online biosphere, there is an increasing need for cybersecurity and identity verification is a key aspect. The more we engage online, the more vulnerable we are to cyberattacks. The only way we can prevent this is by paying closer attention to how we engage online and notice the red flags. Read more to get a better understanding about it.

Why Enterprises Should Consider Disaster Recovery As A Service (DRaaS)