How Play Will Power Your Leadership 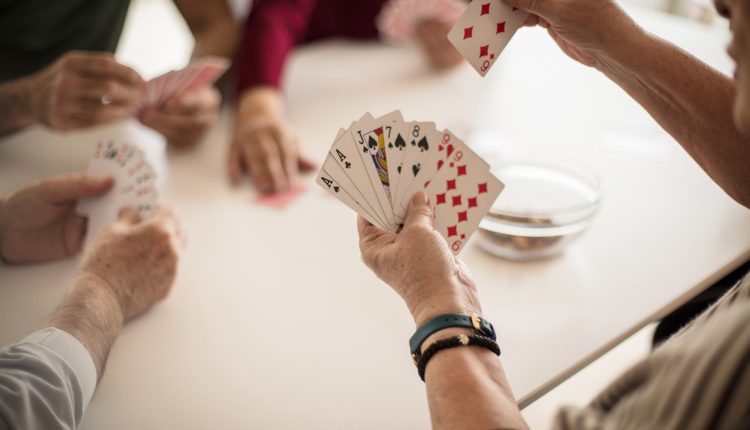 Paul Pethick, author of Power of Play: How play and its games shape life, explains how play can advance your leadership.

What’s the first thing that comes to mind when you see the word ‘play’? If it’s the opposite of work, your kid’s pre-school or, at best, a team-building afternoon on the third floor, then you’re the reason I wrote a book called ‘Power of Play’.

Within the circle of energy cast by this simple word, I corral a much, much larger set of activities and attitudes because, in my scheme of things, play, and its games, are the USP of being human, the start and end of almost everything we do. Our imaginations are driven by playful processes, and our crafts, skills and culture are formed by playful interactions, solidifying with ever more complex rulesets into games within games, as they flow outward.

If you want to examine this vast conceptual territory there’s a lot you can read about play in early learning, in our evolution, and in animal behaviour; and huge stodgy libraries of game design and strategy. But, because I’ve read a good deal of it, I’ll save you the bother and give you possibly the only foundation block you need to build an entire worldview and decide how you want to play. Coined by a professor of theology, it says there are two main kinds of game – the finite and the infinite. A finite game is played for the purpose of winning, while the other is all about continuing the play.

Naturally enough, you might assume the first of these is the best fit for the world of business. But picture that dinner party conversation when someone you’ve just met tries to ‘best’ you and shut down your viewpoint within a minute; and then compare exploring whole new avenues of thought with some other stranger’s passionate and enquiring mind. I know which table I’d rather be at. The most powerful kind of play is that which is open to possibility and allows others to join in on equal terms.

The kind of ‘infinite play’ we’re talking about, in a creative sense, melds unusual conceptual pairings into Nobel-prize breakthroughs, collaborates at any opportunity just to see what happens, shifts paradigms in organisation and politics, and keeps reactions flexible when the going gets rough.

For a more nuanced illustration of this whole conceptual space, you can start by imagining a spectrum. From one-answer-only constriction at one end to a boundless potential at the other. From the pure Ludus of a Sudoku square to the rebellious Paidia of a food fight in fancy dress. Let’s be clear, though, this isn’t a ‘play is good games are bad’ binary. And it’s not just fun either. As my explorations of some of the world’s most interesting creative minds show, creativity itself is a constant tightening and loosening of free play and rulesets. Neither energy acts alone for very long, and both need the other in varied measures.

The main problem with getting back to real play, however, is that we’re creatures of habit, fear and laziness, so it’s easy for your own thinking, and the guiding metaphors we all share, to gravitate towards one end of the spectrum more than the other – and, too often, that’s the most basic template of what constitutes a ‘winning position’. A few decades ago playing like the Wolf of Wall Street might have seemed like a savvy option for sharp-thinking types, but now we’re in a world of change and uncertainty the likes of which we’ve never seen. So, the people who’ll adapt to the coming huge and rapid shifts, and the ones who’ll make truly beneficial leadership decisions, will have a very different sense of play.

The first things to check are your ego, how much you think you have to lose, and how you frame things in your own imagination. Mike Krzyzewski, the basketball coach at Duke University, banned his team from calling themselves the ‘defending national champions’ because he realised it made them think and play defensively. His point was that you only defend what you believe can be taken away from you, and if you’re always concerned about your title and the trophies in your cabinet, then not only are you playing a very finite game, you’re already thinking of yourself in the past tense.

Business leaders have prided themselves on their strategic nous since the idea first popped up. And when mathematics started to offer theorems to an industry that echoed the triumphant chess moves of warfare, businesses couldn’t get enough of play acting Napoleon, von Clausewitz, Ulysses Grant or Attila the Hun. But however much we like to flatter ourselves we’re natural game masters, the facts prove we’re just not. As one highly-experienced strategist in the sports industry put it, an explosion of research in the past twenty years reveals the unglamorous truth. ‘Despite their advantages in the areas of reasoning, rationality and mentalizing’, human beings, ‘can be the most befuddling and the least consistent game-players.’

So, for a practical start, instead of ‘wargaming’ future scenarios for your business, maybe take your cue from the University of Chicago’s Fourcast lab, where they’re currently role-playing a hyper-detailed imaginary simulation of worst-case climate change. Okay, maybe you won’t do the full dressing up and a set-build bit (although you should), but you really can use all the same playful tools of deep imagination and exploration you had when you were ten years old to keep smashing and reshaping what the possible futures could be and finding out how they really feel.

Yes, it’s time to review your ideas about ‘play’, and it’s also time to follow the great creators of art and science and their instinctive genius for getting loose. Perhaps it’ll help to keep in mind the wisdom of an ever-evolving master player who did some of his best, most valuable work when he finally stripped out all the old rules. As Pablo Picasso puts it, ‘it takes a long time to become young’.