How One Founder Has Made CSR Part Of His Company’s DNA And Helped 1,000 Charities In The Process 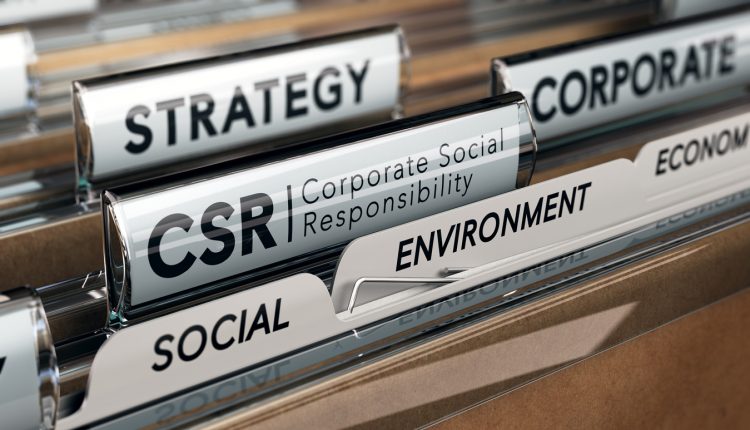 It is no secret that the UK has an ageing population. In 2016, almost 20% of people were over 65 – a figure which is only expected to rise over the next 30 to 40 years. Yet despite this, it is estimated as many as 60% of adults in the country do not currently have wills. For those who have created wills, the undertaking has traditionally sat firmly within the near-exclusive remit of solicitors.

However, the landscape is changing. Likely fuelled by fears relating to the danger of coronavirus, the number of people looking to create wills has surged dramatically. Not only this, but the average age of people having wills made has gradually been decreasing year on year; a trend unsurprisingly continued over the past 18 months.

Another interesting impact no doubt due, at least in part, to the pandemic has been a shift in people’s willingness to meet in person. In response to this, last year the Ministry of Justice changed legislation to allow for witnessing of the signing of a will to be done via video conferencing. It’s an introduction of web-based technology that reflects a wider trend of people becoming more comfortable with taking out a will online. Last year marked a continuation of increases in the number of wills being completed both on desktops and mobile devices such as phones or tablets.

One of the key players within this space is FreeWills. Created in 2018 by Oxfordshire entrepreneur Carl Christensen, the company has grown quickly to become the UK’s second-largest will writer. The web-based platform places a focus on accessibility, allowing people to create a tailored, personalised, comprehensive will from the comfort of their own home in just 15 minutes, with no need for a physical appointment.

In the three or so years the company has been trading, more than 40,000 wills have been taken out via its website. Impressively, it is a number that now effectively accounts for roughly one in every 20 wills created in the UK. Pandemic related fears and the emphasis on accessibility has certainly played an important role in the company’s rapid growth, but that only tells part of the story.

As the man behind what has become one of the sector’s biggest disruptors, Christensen knew from the offset that FreeWills would need a strong brand identity to stand out from, and ultimately challenge the market stalwarts. His solution was a relatively simple one: to put charities at the heart of everything FreeWills does. This reflected Christensen’s belief that ‘people should be put above profit and technology should be used as a force for good’. And while an admirable perspective to have in life, it is also one that has proved advantageous for FreeWills since its inception.

It’s great to be good

The benefits of supporting charities are clear and well-documented. From getting a boost in recruitment and employee engagement to improving sales and customer loyalty, or even as a means to detract from the less desirable elements of business practices, supporting charitable causes is rarely bad for business. As well as ‘doing good’, it’s a big reason why so many of the world’s leading companies are increasingly vocal about their corporate social responsibility efforts.

The key for Christensen was that he didn’t want supporting charities to be an afterthought or something tagged on to his company’s offering. Instead, he sought to hardwire it into the service FreeWills provides and actively encourage every single customer to consider leaving a gift in their will to a charity of their choice. The website puts a subtle emphasis on encouraging pledges to charity, and the user interface design makes it easy for people to leave a pledge of either cash, or a percentage of their estate to a cause that is important to them.

At a time when many charities are either suffering a decrease in income, looking to capitalise on predictions of exceptional growth in legacy giving over the next decade, or both, it’s an approach that has proven particularly effective. In September of this year, FreeWills reached the incredible landmark of having generated £50 million in pledges and legacies left to charities, an amount the entrepreneur said gave him a ‘great sense of pride’. While the largest single donation was £500,000, the average cash gift was a more modest £11,250, with £1,000 the most popular amount to leave to a good cause. Overall, more than 1,000 charities, big and small, across all sectors have benefitted from Christensen’s proactive approach to inspire giving.

Change is in the air

The level of charitable giving recorded is a testament to the success of the FreeWills approach; an approach that has undoubtedly challenged the traditional solicitor / will writing orthodoxy. Yet with that said, Christensen nonetheless recognises the regard with which solicitors are still held when it comes to getting one’s affairs in order. Given this, and the drive to continually build trust in the FreeWills brand, he has recently made the move to introduce solicitor approval for every will created.

It’s a change some may not have seen coming and that critics might view as conceding ground to solicitors. But Christensen sees it as a logical step – not a backwards one – to provide, as he puts it, ‘the complete, watertight solution for anyone looking to create a will online’. The company has always been a full member of The Society of Will Writers, but with this added layer of quality control, will also now be drawing on the experience of an expert panel of solicitors, all of whom are actively practising and regulated by the Solicitors Regulation Authority.

Christensen sees this as a simple business decision, which in turn will benefit even more charities as customers are introduced to the FreeWills brand. After all, as with any business leader, standing still is never an option and embracing change is a necessity. But one thing you can count on staying the same is Christensen’s commitment to supporting good causes. As he puts it: ‘You’ll never truly do well if you don’t do some good while you’re at it.’ As a business mantra, it could be forgiven for being naive, but looking at his company’s performance and impressive figures, it would seem there’s maybe more to it than just wishful thinking.