Which Brands Handled Employee Engagement Right During The Pandemic? 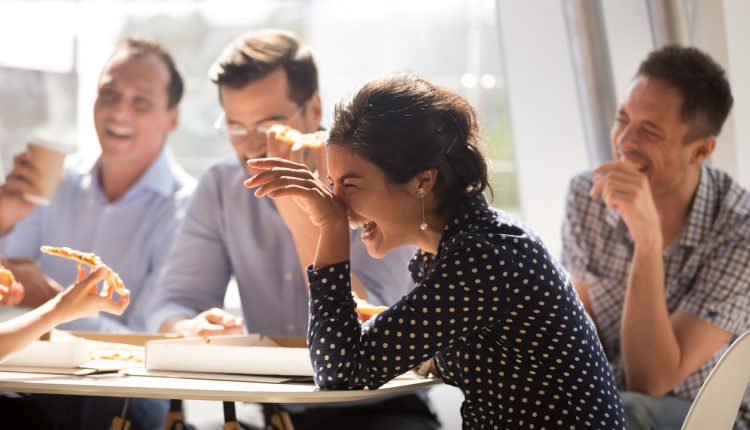 COVID-19 has changed working practices in ways unthinkable just a few years ago. One of the most evident changes is the shift to home working, with research released in May finding that almost all of the 50 biggest employers in the UK do not plan to bring their teams back to the office full-time.

Some 43 of the firms claimed they would embrace a mixture of home and office working, with people encouraged to work from home two to three days a week, while a further four firms said they were keeping the idea of hybrid working under review. The attitudes of the biggest companies in the UK are reflective of the discussions happening inside nearly every business in the UK.

How SMEs are driving the changes in employee benefits

In fact, research from financial wellbeing provider Drewberry found that it was SMEs – not large, multinational corporations – that were responsible for a huge surge in demand for new employee benefits last year. According to the data, nearly half of SMEs (47%) introduced additional employee benefits last year, with the most popular being working from home policies (39%), followed by flexible hours (29%).

However, while many businesses improved their employee benefits capabilities during the pandemic, some went above and beyond to engage their teams and support them during the most disruptive period in living memory.

The creative solutions to employee engagement

Dating app Bumble is a case in point. The business – owned by tech entrepreneur Whitney Wolfe – announced it was giving its 700 employees unlimited paid leave, providing their manager approves it.

The new leave policy was announced alongside a series of other changes, including a plan to shut the office for a week two times a year, and followed the temporary closure of Bumble’s offices in Austin, Barcelona, London, and Moscow in June for a week to combat workplace stress. Workplace stress – more commonly known as burnout – has loomed over businesses during the past year, with the combination of everyday work pressures and pandemic-related stresses pushing some employees over the edge.

Other businesses have adopted a similar approach to Bumble and pursued creative ways to stop burnout affecting both employees’ mental health and their business output. Accountancy firm KPMG has introduced new measures to combat fatigue, with employees now only allowed to do voice-only meetings on Fridays to reduce the demands and pressures of video calls.

This stands in stark contrast to comments made by then KPMG UK chairman, Bill Michael, in February, when he told colleagues to “stop moaning” about working arrangements during the pandemic and possible cuts to their pay, bonuses and pensions, during a virtual meeting.

While KPMG and Bumble have pursued creative employee benefits during the pandemic, it’s important to note that different businesses require different approaches when it comes to employee engagement.

How to expand your flexible working programme

Take Revolut, for example, the digital banking app said in April it will allow any of its 2,000 employees to work from abroad for up to two months a year. According to Revolut, the perk was mostly introduced to accommodate the wishes of its international workforce, who had an understandable desire to visit their families for extended periods of time while working at the same time.

The announcement came a few months after Revolut announced it would be moving to a hybrid working model, with its office spaces being redesigned into collaborative working spaces rather than the previous design of rows upon rows of desks.

Nationwide has adopted a similar flexibility scheme, with the UK’s biggest building society telling its 13,000 office employees in March they can ‘work anywhere’. The announcement followed a survey of Nationwide employees which revealed that 57% said they wanted to work from home full-time after lockdown ends. And more than a third (36%) said they preferred a mix of home and office-based work.

The results of Nationwide’s survey reflect the attitudes of thousands of people across the country. As we all return to normal, businesses up and down the country will be reviewing their employee engagement and benefits programmes to see how they can match their team’s demands for flexibility. Some businesses may opt for creative solutions in a similar way to KPMG and Bumble, while others will look to adopt a hybrid working model like Nationwide and Revolut which gives employees the ability to work from both the office and home. Businesses must prioritise the approach which works best for them and strike the right balance between offering flexibility to their teams and continuing to maintain their outputs.