How Can Influencers Turn Their Brands Into Wildly Successful Companies?

Kathryn Porritt, CEO and Founder of Luxury Influencers, explains how influencers can build a successful company out of their brand. 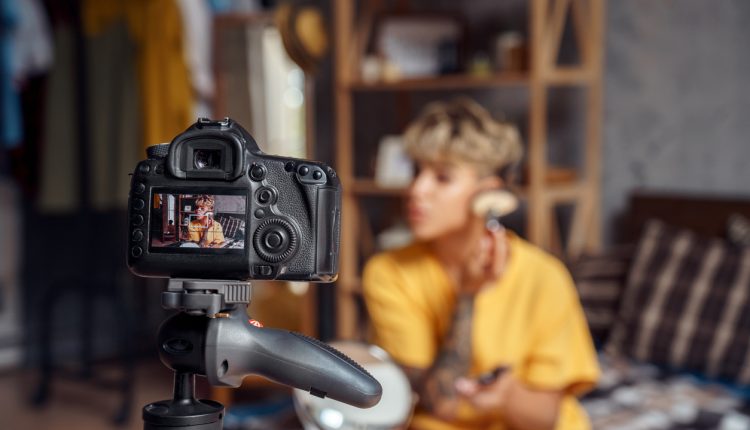 Over the past few years, the word “influencer” has come to be associated with fashion bloggers and Instagram stars who cram their feeds with sponsored content. And while those people do hold colossal influence in the current middle market, they are not the type of influencer that elite buyers, genius innovators, angel investors, and world-changers seek out as partners. There is a less visible but more powerful class of influencers who aren’t aspirational, but inspirational. Elite experts who envision creative solutions to enduring problems, build global empires and share their talents in inspiring and resonant ways.

Those pioneers and mavericks are the people I work with on a daily basis, and the ones who can leverage their magnetic personal brands into phenomenally successful businesses. The strategies I use to support them are incredibly effective, though they may sound a bit unconventional at first blush.

For starters, I urge elite experts and influencers to circumvent the traditional, “start at the bottom and work your way up” business model. This mainstream strategy urges them to be cheaper than the competition, offer their expertise to anyone who’s willing to pay for it, and build slowly skyward from there. This is the strategy that highly visible online influencers like the Kardashians utilise and it’s fundamentally a volume game: Appeal to as many people as possible, only expecting to convert a few. Pick the right price points, and make explosive amounts of profit by catching one eager school of fish in a vast, open sea. (This is an oversimplification, of course, but captures the gist.)

This strategy works fabulously for entry-level influencers, but is a waste of time for visionary experts. I advise my clients to eschew the volume game for an equally powerful economic principle: What’s low in supply will always be high in demand. This allows them to cut the line and claim the very top of their niche, where they can sell their expertise at ultra-premium prices to the top 1 percent of their audience. By branding themselves as icons, they immediately set themselves apart in a league of their own, a position that allows them to set their pricing as they wish. Many of my clients consistently sell $100K+ offers and have built highly profitable businesses from their influence primarily because they are iconic and commercialise their influence in a sophisticated way.

Unlike the strategy used by the Kardashians and their contemporaries, this one keeps a very narrow focus. Influencers first establish their authority to serve a small but elite audience, then build an esteemed reputation in their chosen niche. After that reputation is secured, only then do they begin to leverage their authority to go after larger and broader audiences. This top-down strategy sets them up for success from the beginning and positions them to create and sell $100K, $250K, even $1 million offers.

This is the Luxury Business Model. And it’s been in use for decades, long before the advent of the Internet. In fact, one of the most well-known and beloved brands in the world was built by an early influencer who leveraged this top-down strategy.

Before her name became synonymous with luxury fashion, Coco Chanel made the strategic decision NOT to start at the bottom and work her way up the ladder. She knew she was the absolute best at what she did, so she started at the highest end of the market in Paris: Working exclusively with the absolute upper echelon of high society, creating dazzling bespoke gowns, collaborating with the best artisans in the region. Then, once she’d earned an extraordinary reputation, she began to work her way down.

She created her ready-to-wear collections and opened high-end boutiques in some of the most expensive locations on the planet. These collections were not custom-made, but they were still of the highest quality. Chanel never lowered her standards, she just offered different designs to the broader market and built her brand strategically along the way. These ready-to-wear collections were still infused with luxury – rarity, scarcity, elevated experience – and they were never discounted. Even as she reached into lower markets, Chanel refused to use mainstream tactics.

Finally—once she’d completely captured two of the highest levels of her market—she launched her mainstream offer by leveraging licensing to create products for mass-market consumption. Chanel began producing cosmetics, perfume, smaller branded items, and accessories, all of which maintained the brand’s equity and quality. Starting at the top and working downward made Chanel one of the most well-known brands in the world.

If they’re the best in the world at what they do, they can leverage the Luxury Business Model for their personal brand, coaching or consulting business, speaking business, book release, or other business endeavours. They can redefine their influence and commercialise their expertise at the highest level for maximum impact.

But only if they are absolute mavericks in their space. The Luxury Business Model works for true pioneers, people who are disrupting industries, visionaries creating extraordinary outcomes regardless of their field of expertise. These influencers aren’t sharing their breakfast, lunch, and dinner across social feeds; they’re sharing philosophies that are unique and transformational, and the people who follow them are enthralled by the ideas they share.

Elite influencers prove that you don’t have to accumulate a million followers to transform your brand into an impactful and profitable business. They know that deep engagement from a select and powerful few is more important than listless likes from the disinterested masses. And that real subject-matter expertise still matters. High net worth individuals will pay for proximity to greatness and unmatched expertise, if doing so brings them closer to their desired outcomes. The gifted influencers who know and leverage that valuable tidbit of information are the ones who will leave an indelible mark on the world. 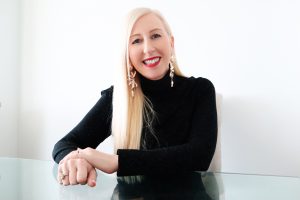 About the author: Kathryn Porritt is a leading premium and luxury offer business strategist for personal brands and CEOs transitioning to their legacy business. She teaches entrepreneurs how to create a potent personal brand that sells to luxury clients and creates multi-generational wealth, massive impact, and a legacy to leave behind.

Kathryn has founded and run two multi-million dollar global companies, authored a book with Penguin-Viking, and revolutionised luxury branding and marketing for experts, thought leaders and personal brands with her innovative ideas based on a luxury business model. Her internationally renowned companies Business Bravery and the Luxury Influencers Agency represent some of the fastest-growing, maverick entrepreneurs in coaching, health, technology, spirituality, creativity, and lifestyle industries.

Kathryn’s been featured in News.com, Forbes, Entrepreneur, Vogue, InStyle, Authority, Thrive Global and on the BBC. She’s been listed twice in the BRW Fast 100 (Fastest Growing Companies) as the CEO of a successful lifestyle e-commerce business.

How To Take Your Business Into The Future