‘The Best Employer in the World’: What Went Wrong at Brewdog?

I fell in love with Punk IPA when I had my first taste many years ago on a hot summer’s day sitting with friends on the banks of the Thames. 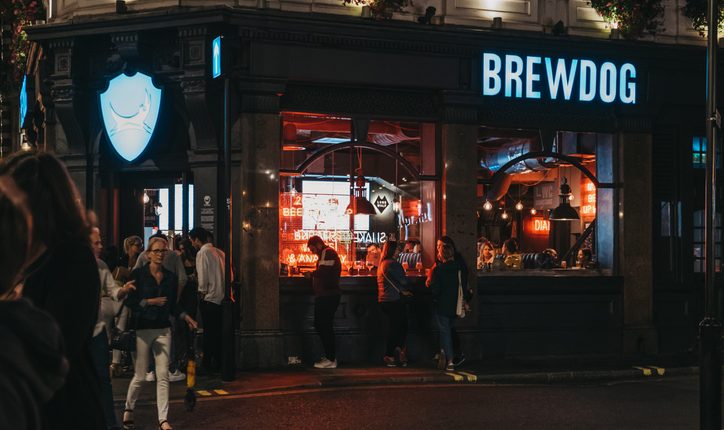 From then on, I have loved Brewdog’s many varied products, from Nanny State to Thunderbird. I was impressed with them when they brought out a beer in protest of the anti-LGBTQ+ legislation in Russia during the Sochi 2014 games. Beer for activism, who would have thought! And the idea of ‘pawternity’ leave (1 week’s paid leave when you get a rescue dog or a puppy) was radical. As someone who is interested in how organisations work, this made me think about how wonderful it must be to work there. The accounts in the media spoke of a forward-thinking, inclusive and passionate employer.

Yet, more recently, stories about Brewdog’s internal culture of toxic fear have been in the news. An open letter written by former staff threw light on the big difference between the external brand of the organisation and the internal environment. Some of the claims that the company made were refuted by staff in the letter, suggesting that there was a big difference between what was being said and what was being experienced. Brewdog’s story is not unique. Many organisations spend time, money and effort on building a brand, an external face that promotes an image of the organisation to the public. But if what goes on inside, i.e. the culture, is far from this constructed façade, that is dangerous. For example, in 2018, the Guardian reported that Disneyland workers face ruthless exploitation. Stories of underpaid employees struggling to survive emerged in the press. A place that claimed to be the happiest place on Earth was not that for its employees. Both these organisations have a very strong brand, a clear business purpose and vision. But, if the culture is toxic, at some point this will impact and derail the business. When aligned with strategy and leadership, a strong culture drives positive organisational outcomes. Culture can be a differentiator and competitive advantage for businesses. Remember, anyone can copy what you do but people cannot copy how you do it.

For better and worse, culture and leadership are inextricably linked. What you do and how you behave has an enormous impact on the culture of your organisation. This means that it is even more imperative that, as leaders, we are open to and focussed on the culture. This is where Brewdog got it wrong. The business was built on cult personalities, which is in itself not a bad thing. However, when the leaders of the business are only focussed on the ‘What’ i.e., the strategic goal and not on the ‘Why’ (purpose) and ‘How’ (our culture and our values) the disconnect can be disastrous for the business. In the open letter, Brewdog employees allege ‘Growth, at all costs, has always been perceived as the number one focus for the company, and the fuel you have used to achieve it is controversy.’ This incongruence between the purpose (why) to make people passionate about craft beer and the (how) culture is what has impacted Brewdog.

By only focussing on growth and business outcomes, the organisation has failed to align this with the espoused values of the business.

Leaders often ask – what does culture have to do with performance? Why should we bother? After all, we reward our people well and they perform. And, this is where most organisations get it wrong. By focussing on performance as a consequence of reward, what we are ignoring is a huge part of organisational life; the human aspect.

A lot of people call this the ‘soft stuff’ but there is nothing soft about this. We are in a fast-changing, unpredictable environment. COVID-19 has exacerbated this. We could not have predicted the scale of devastation that COVID-19 has caused. What we are facing today is a fundamental disruption to how we work and to how organisations are organised. And this disruption started way before COVID. Technological advancements meant that changes were already happening. COVID heightened these and we have had to quickly adapt to working and engaging with each other in new ways. There is a point of view that these are strategic problems that can be tackled with a clear strategy, a coherent structure, an operational plan, and good systems. This is only partly true. There is a lot more to organisational success than a good strategy.

Organisations are complex. Like an iceberg, what one sees on the surface is not all there is to see. Approximately 80% of an iceberg is found underwater and it is the bottom of an iceberg that houses its unique and dynamic ecosystem. Icebergs may appear sterile and lifeless, but in-between ice crystals or on the underside of a berg ice algae may grow, playing an important role in creating a dynamic marine ecosystem. So, if we think of organisations with a similar metaphor, what you see on the top of the waterline are the tangible parts of an organisation. Strategy, Structure, Systems, Brand, Products, Commercial Objectives etc. In a similar vein factors that sit below are intangible: Relationships, Attitudes, Agendas, Power, Perceptions etc.

It is the informal organisation that sits below the surface. For example, power agendas can undermine decisions, whilst there may be a clear governance structure for decisions, many can be made and undermined by watercooler conversations. I have seen many executive team decisions undone after an executive meeting by members of the team talking outside the formal context.

That’s why organisational charts are only worth the paper they are written on. Whilst a formal hierarchy may exist, a lot of organisational work happens in the white spaces. Relationships play a huge role in decision making. Think about how quickly decisions can be made or bureaucracy can be overcome if the people involved have strong relationships. It is the ecosystem that we cannot see that actually runs the organisations. And this ecosystem is called the culture of the organisation.

There is lots to say about the need for good strategy. Whilst strategic formulation is a relatively logical exercise, the challenge lies in strategic implementation, which is more about an organisation’s culture. As important as it is to have clear plans and goals, your culture is what will help you get to these. How you act and behave, especially during crises, will determine your long-term success and survivability. For example, in 2015 Wells Fargo was the leading bank in America thanks to its community banking division’s impressive sales. On average, every customer was signed up to about six banking products, which is around the industry average. But these figures were only a result of questionable sales practices. Sales employees were under pressure to hit an ambitious target of 8 products per customer and those who failed were publicly ridiculed and sometimes fired. The culture was such that employees were scared to speak up about the unrealistic targets and instead did things like open accounts for customers without permission or tell untruths about packaged products. When the practises were discovered Wells Fargo was fined $185 million. The organisation was pushing for a goal but what they were not doing was going back to their behavioural principles, their values. When we drive performance in our teams, at any cost, this is dangerous. Without a focus on our values, on the non-negotiable pillars of behaviour, we create an environment that focuses only on the top-of-the-iceberg priorities, and we wholly ignore what lies beneath.

Brewdog has done the same. By only focussing on growth and business outcomes, the organisation has failed to align this with the espoused values of the business. They state clearly on their website ‘We believe in being a great employer. We completely believe that our long-term destiny will be dependent on how well we look after our amazing people. We care about great craft beer and incredible people. Without us we are nothing.’ However, their behaviour and the environment that they created have not enabled their people to thrive. This has meant that they have not been able to perform at their best and the environment has been one of toxic fear and pressure. It is very likely that Brewdog has lost some of its best talent, who it attracted with its slick external narrative. Yes, it is a c£1bn business today, but it could have been far bigger if it had got its culture right.

Here are some things that you can start doing as leaders to build a strong culture:

There will be many ways to achieve vision. As one goes through the journey of business, there will be many times when changes need to be made to the route, to the plan. The organisation’s values and culture will be the guide to making the right decisions and taking the right route. The Brewdog story is a sad one. It has shown how, if culture is not aligned with brand image, it can be damaging for a business.

Pay attention to culture and values. They will be your compass – helping you navigate through the good times and the bad. So, in effect, Culture really is strategy.

Dr Ajit Menon is a business psychologist and co-founder of organisational consultancy Blacklight Advisory. His new book What Lies Beneath: How Organisations Really Work is out now, published by Phoenix Publishing.