Many CEOs suffer from an overwhelming desire to have their company be perfect. Although the people who work for you may be good, and keen to drive improvements, inevitably they won’t be as invested as you are as the business creator and owner. 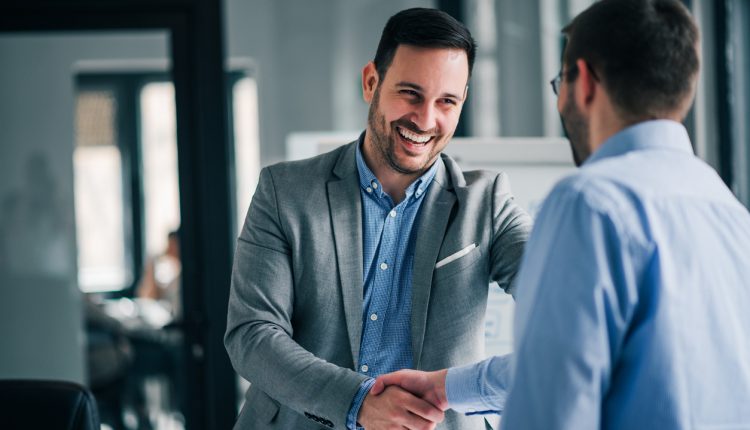 Alister Esam, innovator, investor and CEO, explains how he was able to transform both his old company and his life through developing and applying processes.

As the ultimate driver of high standards, inevitably you’re drawn into correcting and spotting little things day-to-day. You probably set reminders to check up on the jobs you want to be done, the loose ends you want to tie up before you can relax and move on.

As your business gets bigger, this constant vigilance becomes overwhelming. You either work yourself to the bone (without ever managing to keep on top of things), or are forced to lower your expectations and standards, accepting that few things in this life are perfect, people have flaws, and the only way to preserve your sanity is to accept the way things are.

When I built my company, I became an accidental CEO without any real training to be in that role. My assumption that I needed to be in control of everything made for a stressful time for everyone. For me personally, it was a miserable time – and over the years I have found it astonishing how many other CEOs say that their business is making them equally unhappy. When a business is making its founder/owner/manager stressed and distraught, it’s usually because the process isn’t functioning properly.

By developing and applying processes, I was able to transform both my old company and my life, reducing my time on the job to a fifth of what it had been. While not quite making myself redundant, I was able to let go and extract myself from the day-to-day detail, and my controlling obsession with checking that everyone was doing their jobs as I expected.

This paradigm shift meant that the business effectively ran itself, and I was eventually able to sell my business and walk away. The key was not all the extra hours I had put in, but rather the proper structure I had put in place and the fact that I’d equipped my staff with the tools they needed to confidently do their jobs well and consistently. This might sound like an amazing feat, but actually, the biggest barrier to progress had been me.

Why make running a business harder than it needs to be?

Imagine if you could capture all the things that make a company great, different, special and turn them into something repeatable – and reliably and consistently so. This is the essence of the process – which the Collins dictionary defines as “a method of operation”; and/or “a series of actions or changes”.

It is the detail of the process that an organisation’s special ingredients lie in. And it is through the pursuit, capture, packaging and execution of a good process that a business owner/manager can expect to achieve a state of fulfilment, even bliss – as the organisation begins to deliver the expected results – without compromising their own health or happiness.

A strong, effective process is something that will enable your business to run like a well-oiled machine, while simultaneously releasing you so that you are no longer bound to it day and night. I went from working an 80- hour week as a hands-on, meddling business manager to putting in just 14 hours a week as a strategic business leader.

When I eventually sold my business, it was in fantastic shape. What’s more, I was able to extract myself within just two weeks. By then my team was pretty much running the business and didn’t really need me. And that’s all because I had put the right processes in place. What’s more, I was able to prove to the business purchasers that due process was being followed. And that employees embraced, and took ownership of, everything that went on.

You may need to expect some initial discomfort when you first start to loosen the reins on your business and trust your staff to run things themselves. When you first let go and relinquish control, it can be a little disconcerting. But it is all worth it when you realise how it will transform your life, making your business more successful and more independent from you. So, I would urge you to make the leap.

If you’re looking to kick-start your own transformation and recover your work-life balance, there are three things I recommend:

1. Accept that it’s okay to release control of your business and let other people get involved and run it.

2. Give your staff tools to help them, so that they are able to run complex collaborative processes confidently and competently, without having to remember everything.

3. Remove yourself from any gaps you’ve been trying to bridge, and trust your staff to fill them.

Remember: if you’re always there to catch a child who looks about to fall off their bike, the child will never learn to ride solo. It’s important to take a step back, even if you have to watch them wobble at first. It’s by faltering and recovering that we learn. Even if you’re worried about the business leaking money during the initial transition, consider this as an essential investment if you are ever to let go.

Alister Esam is an Innovator, Investor and CEO, and the author of The Dirty Word: The word that fills people with dread is the key to business freedom, out on 1st August.