Why It’s Time To Embrace New Ways Of Working

"I still view the four-day week as one of the best moves we've made as an agency, both for the people and the brand." 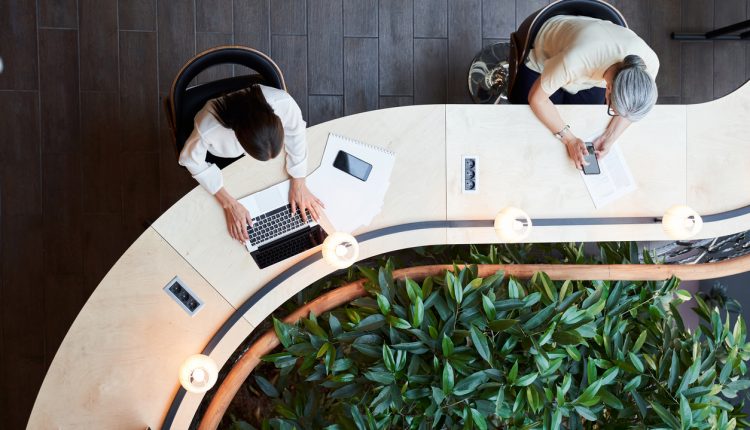 It’s a luxury being a small business. With less than a hundred employees, making a change is really pretty simple. We discuss the idea, we assess the impact, we socialise it, we introduce it, and give a few nudges here and there. Before you know it, it’s a new way of working. Our job is to live with one foot in the future.

Take the four-day week for example. Most people who I spoke to about the idea asked, “Won’t clients be slightly annoyed that you aren’t available on a Friday?” Good point. However, the reality was completely different. Our clients expect us to do things like this. It’s one of the reasons they want to work with us. Once we told them that almost no clients actually contact us on a Friday and we’ll still be running a support crew, as we do 24/7 at the agency. They grabbed the popcorn and watched with fascination.

The reality is that all the people that matter – customers, employees, shareholders – have growing expectations. Those expectations have now grown arms and legs. Big bold moves are the new modus operandi, and if you can’t keep up then you look like a dinosaur. A start-up, which was once hilariously biting your ankles, will start appearing on the board pack in the “market share” pie-chart, and they’ll soon earn their own label, rather than sitting in the easily ignored “other” section.

This disruption was occurring before the pandemic hit us. Work and lifestyle were becoming blurred. Now the pandemic has made everyone reassess their life choices, and working conditions are now firmly in the crosshairs. The stream of clichéd LinkedIn posts titled “do what you love” and “love your work”, might have been a prophecy after all, as it seems that as an employer you now need to fit your business model with the lifestyle of the people you need. So, as leaders, what do we do?

Authenticity is under the microscope so token gestures and veneers are out. It must last, so gimmicks are a no-no. We’re after bonfires, not fireworks. It needs to be things that people can talk about, value, be proud of, or at least be able to post on Insta. So you have to be creative too. Oh, and don’t forget, it also needs to strongly resonate with the culture, emphasise your values, and help improve morale.

It feels like a daunting task. However, to pull this off you need to simply throw out traditions and risk registers, to remember why you’re in business in the first place, and instead do what you would have done if you were still less than a hundred people.

And the result might not be an office of the future with slides, teleporters, and unlimited holiday. It might be something small but meaningful and ultra-relevant to your people, or maybe it will just demonstrate compassion for those people that need it.

Like any change, if it makes people’s lives better, and helps move you towards the vision then it’s probably a good thing. What works for people is not necessarily in the manual and can often feel unorthodox, counter-intuitive, or maybe a little risky at the time. It’s the price we now have to pay to provide an environment that people actually want to work in. And it usually works out.

For the four-day week we framed the whole crazy idea as an experiment. We said that it could fail, or that bits might work, and others simply won’t. We also said that if it doesn’t work, we might need to roll back to a “traditional” five-day week. Everyone entered into the change with that spirit, gave great feedback, and allowed us to tweak as we went along.

I think this was down to the fact that as a business we’ve embraced a good attitude to failure, while still holding each other accountable. The closer we tie ourselves to academia, to researchers, to innovation, the easier it becomes to experiment with ourselves. It’s become part of the culture, and it’s one that all businesses should embrace.

I’m often asked how the four-day week has been during the pandemic, and in all honesty, that’s blurred too. People pretty much work when they feel like it, and I’m fine with that. Mostly work happens Monday to Thursday but people pop up online at various times, including the weekends. As long as we’re there when we’re needed during business hours, and that people are respectful of the fact that others may not actually want to work, it’s never really a problem.

It’s fair to say the four-day week has evolved in the same spirit as it came into existence in the agency. It’s finding its own path now, and little learnings and small iterations seem to keep the whole concept on the right track. I still view it as one of the best moves we’ve made as an agency, both for the people and the brand.

The next question people ask is about productivity. They assume that we lost productivity. It’s interesting when people say that as it usually tells me that they equate productivity with the amount of hours people work. It’s really not related as much as people think. The most productive I’ve seen my team has been when they are doing what they love, when they want to do it, and in the right environment. There’s very rarely a conversation about hours worked or fatigue.

If changes to our ways of working can help foster this energy then I’m all for it. The talent we’re attracting as a result of this and the many other changes we’ve made, pretty much proves that we’re on the right track. At the very least we’ve given our clients the show they wanted.

The First 100 Days As CEO: How Far Can You Take It Before It Becomes A Folly?

Robinhood’s Founders & How to Start a Revolution

How to Make Hybrid Working Work for Your Business

Is it Time to Reset Management?