Intuitively, lockdowns should be bad news for luxury goods. High-end cosmetics, perfumes, jewellery and bags are all made to be seen – and it’s difficult to flash those status symbols when you’re confined to your home. 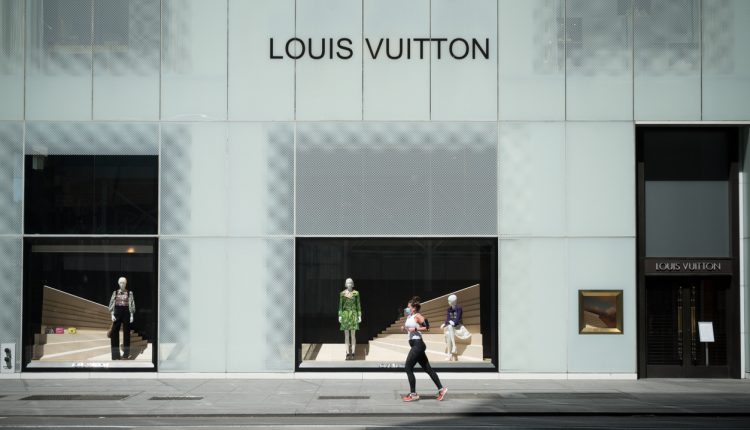 The collapse in international tourism has only made matters worse. Whether it’s London’s West End or Tokyo’s Ginza, luxury retailers pack together to attract well-heeled travellers both domestic and international.

International tourists can count for as much as 75% of footfall in those locations, and a tendency to buy higher-priced, higher-margin products means their importance to profits is even greater.

Against that background, Louis-Vuitton Moet Hennessy’s (LVMH) results for the first quarter of 2021 were hugely impressive.

We see LVMH, which owns 44 other luxury brands as well as the eponymous three, as a bellwether for the wider luxury good industry. Its markets range from watches to wine, and it operates in 80 countries around the world.

The company reported revenues of €14.0bn in the first quarter of 2021. That’s a 30% increase year-on-year, benefitting from weaker comparisons as the pandemic struck the crucial Chinese market early. However, it’s also an 8% uplift on 2019 numbers – an especially impressive performance given many stores remain shut under coronavirus restriction.

With the exception of ‘Selective Retailing’, where Duty-Free brand DFS has struggled, the group saw year-on-year growth across all its operating divisions. The US and Asia have recovered particularly well, although Europe continues to struggle against significant restrictions on trading and travel.

One interesting feature of the results is the rapid growth in online sales. It’s difficult to see how the traditional luxury boutiques of the Via Monte Napoleone in Milan translate into online outlets – but they have, and they’ve done so spectacularly well.

That’s a testament to the strength of the brands groups like LVMH own. Many have taken decades, even centuries in the case of some wine brands, to build. Despite being stuck at home, wealthy shoppers still want the thrill that goes with buying a Dior bag or TAG Heuer watch. It’s a trend that’s been repeated across the luxury goods sector. Leather goods group Hermès saw first-quarter sales rise 44% year-on-year and 33% on 2019, while Gucci owner Kering saw year-on-year revenues jump 25.8%.

Perhaps that resilience shouldn’t be such a surprise though. Historically wealth has tended to fare better than income during a downturn – and as a result, spending by luxury goods customers fares better than other big-ticket goods.

But, as the old financial saying goes: “revenues are vanity, profit is sanity”. None of LVMH, Hermès or Kering provided profit numbers alongside first-quarter results and there are reasons to think costs have increased substantially.

Leases on properties still have to be paid, despite the fact they have stood empty for much of the last 12 months. And luxury goods shops are located in some of the most expensive real estate going. Manufacturing costs are likely to have increased as factories are forced to comply with strict COVID precautions. But the biggest burden on the industry is the development of substantial online operations, at very short notice.

Fortunately, the industry is coming from a strong base. Operating margins for luxury goods groups are often in the double digits, with several of the strongest enjoying margins of over 20% prior to the pandemic. That provides a healthy margin for error. While cost headwinds may hold back profitability in the early part of this year, with consequences for shareholders returns, this certainly isn’t an existential crisis for the industry.

It’s in that robust performance which is the industry’s chief appeal lies as an investor.

Luxury goods will enjoy booms and busts, but demand is more stable than some more cyclical parts of the economy. Healthy margins provide an additional level of security. A tradition of founder-owners – including Bernard Arnault at LVMH, Johann Rupert at Richemont and the Hermès family to name just a few– has also meant the industry has historically taken a conservative approach to debt.

Historically wealth has tended to fare better than income during a downturn – and as a result, spending by luxury goods customers fares better than other big-ticket goods.

Quality at a price

Put all that together and you get an attractive, defensive investment.

Unfortunately, the market’s well aware of those attractions, and luxury shares are now almost as expensive as the products they sell.

As of the start of May, the big European luxury goods names all trade on at least 27 times analyst forecast profits for the next 12 months or more. For long-term investors that might not be a deal-breaker for a quality business, but bargains these are not. By way of comparison, you can pick up shares in consumer goods giant Unilever for 19.5 times next year’s profits while Apple shares only trade on 24.6 times earnings.

What does the future hold?

To justify those sorts of price tags the market usually wants more than solid dependability. It wants growth.

Back in January management consultants Bain reckoned total luxury goods spending will return to 2019 level by the end of 2022 or early 2023. We suspect that might prove to be an underestimate given the strength of the first quarter, but longer-term they expect growth of around 10% a year between 2020 and 2025.

Assuming established players maintain their current market shares that would be a very nice tailwind to growth revenues. However, profit could be even stronger, thanks in part to the online sales operations that are currently causing operators such a headache.

Property costs groups like LVMH billions every year, and the vast majority of that relates to stores. Online sales are lower cost, since you don’t need well turned out store assistants and a premium store location. Online stores also make it easy to complete regular transactions – useful when not all your customers live a convenient distance from the nearest luxury shopping quarter.

All-in, while stores will remain a key route to market for luxury groups, a robust online performance could do wonders for margins.

Luxury goods companies have always enjoyed exceptionally high-quality revenues. However, if the industry can grow digital sales without diluting brand image in the years to come, then they could turn out to be 24-carat gold.