Employee Relationships Can Either Make or Break Your Business

It seems some things never change. 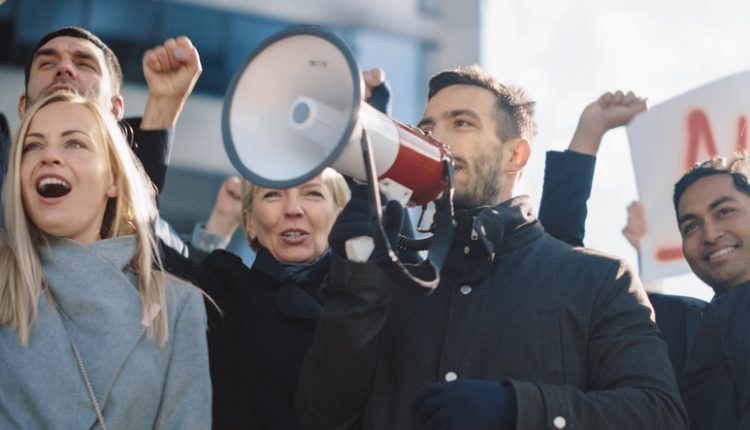 Businesses may have experienced an accelerated period of technological innovation and adoption, but the same problems remain in the very human dynamic between employers and employees.

What used to be called ‘employee relations’ is a growing challenge for many companies as workers continue to question why they give so much to their employers, only for those same employers to prioritise rewarding those at the top. Many are also disenchanted by the fact their place of work does not share or want to propagate values they hold dear.

This frustration is showing itself in numerous ways. Employees are signing open letters, whistleblowers are defying NDA agreements and unionising is an increasingly hot topic. Employees have an opinion and want it heard.

Goodwill is fading, and fast

The cultural flashpoints of the past 12 months or so – most notably the murder of George Floyd for the US – alongside revelations on working conditions, gender and ethnic pay gaps and an inability (or reluctance) for management to deal with abusive, racist, or sexist workplace behaviours – have all taken a toll on employees’ banks of goodwill.

The pandemic has added an extra layer, as many have worked long hours and made sacrifices for their employer, they want to see their loyalty recognised and rewarded. And with the lockdown reducing normal activities, they’ve had time to reflect on the nature and wider impact of their work. Employees no longer want to delineate between their personal values and professional context. They want to know that when they bring work into their home, that they are introducing a friendly guest with aligned values.

Businesses that cannot convince employees they can act in a positive way face reputational risk, damaging employee activism and an uphill climb on recruiting the best talent. In a recent CNBC/Survey Monkey poll, nearly 80% said they want to work for a company that puts a priority on diversity, equity and inclusion.

Diverse grievances, one set of solutions

Each company’s workforce is different. On the one hand, are companies like Google with (what society traditionally perceives as) highly educated, and digitally skilled ‘white collar’ employees. On the other hand, are organisations like Amazon who in addition to their ‘white collar’ corporate employees, rely on a vast network of lower-skill level workers with less pay – often on zero-hours contracts.

The issues that these different types of workers prioritise can differ. The Amazon employees in Alabama fought for an unionised warehouse alongside a demand to be treated like human beings at work, while Google activists are keen to challenge the tech giants’ wavering ethics. In recent years, for example, ‘Googlers’ have signed public letters to the company on topics from the need to cut greenhouse gas emission to criticising ‘project dragonfly’ and its plan to build a state-controlled search engine in China.

However, while the challenges may vary, my advice to the C-suite to help it diffuse tensions and build a more productive environment applies to all.

Be open. Listen to your employees and what they have to say. Have clear lines of communication and opportunities for employees to communicate with leadership. This can be in the form of regular ‘ask me anything’ meetings with the leadership team, a newsletter or other kinds of forum. But they should be genuine opportunities for honest dialogue and under no circumstances should shut down lines of communication or create a culture of shame if they hear things they don’t like.

Be values-driven. By now companies should have realised that they are expected to have a guiding set of principles. But having a set of values isn’t enough. Companies should use their values as a framework when having to make tough decisions. They should use their corporate values to interpret what they are hearing from employees and to guide their response and next actions.

Be responsive. Listening is only step one. Businesses should not ignore a problem or try to cover it up once it has been raised and the longer they avoid addressing it, the more likely it will find ways to emerge in the public sphere. Apple showed it was listening to employees when it parted company with new hire Antonio Garcia Martinez after an internal petition raised 2,000 signatures objecting to content in his book Chaos Monkeys. The business filtered its own response through its own values and responded appropriately – regardless of the impact on the bottom line.

This advice also comes with a warning of how companies should not behave towards employees.

Primarily, shutting down any discussions with employees will only breed resentment. This includes the use of NDAs, which has become a tool for some to prevent employees from speaking out about poor behaviour, rather than a way of protecting IP. The truth will always emerge, as it did recently in the case of former Pinterest employee Ifeoma Ozoma who defied her NDA and spoke out against racial discrimination within the company.

Apple laid out its core values in 1981 and among them, this line stands out: “We are here to make a positive difference in society, as well as make a profit”. This has been Apple’s guiding star for 40 years now and while it has had bumps in the road, it is generally seen as a company with integrity.

Not every business can be Apple but if you can articulate your company values to employees and live up to them then you should be able to motivate your employees and ensure they feel a lot better about the work they are doing.

Leadership & ManagementMagazineMost Recent
By Nora Bradshaw On May 28, 2021
Share FacebookTwitterGoogle+EmailPinterestLinkedinTumblr