What CEOs Must Take from Ocado’s Supermarket Sweep

There’s been a dramatic shift in consumer behaviour. Not just from the lockdown, but now from our emergence back into the fold. There’s going to be a temptation to plan and strategise for what’s about to happen - over the coming summer months and beyond - based on the new behavioural habits of customers during COVID-19, but this is just the tip of a sizeable iceberg. 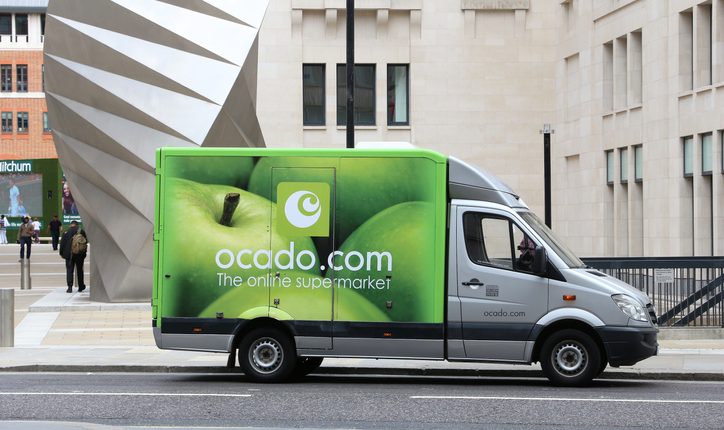 For, as we now exit lockdown and transition from COVID’s ‘new normal’ to post-vaccine freedoms, it’s important that CEOs take stock and turn the page to a new chapter of business. There’s been a cacophony from big business about how they’ve set about transitioning from the old, worn paths of legacy behaviours and investments, to radically change in light of a totally unpredictable new business environment. It’s been a hopefully useful wake-up call to many who had been on autopilot, to fully re-assess their goals and ambitions. Yet many look to be at risk of focussing too strongly on the near- and mid-term future through the lens of the information and behaviours they’re seeing now, what I’d call the ‘COVID prism’, rather than anticipating the imminent consumption needs of a post-vaccine world.

Out of the fire and into the frying pan?

To read the majority of recent reports from Bain or McKinsey – focussed on the lessons global companies have or should have learnt from lockdown – is to read a list of things most analysts and CEOs have been telling their respective industries and markets for years now. Invest in digital, operate on a scalable, non-fixed model, use tech not as a solution but as a keystone, and get the culture right so the best people want to build their nest with you. COVID has, without question, accelerated this kind of systemic business transition and evolution that’s been talked about for a year, and that’s a great thing for both businesses and their customers, the latter having re-evaluated their own consumption needs and priorities through multiple lockdowns.

And what shifts we’ve seen – omnichannel e-commerce is up 99.8% YoY vs. online-only businesses. Health and beauty has grown 102% YoY, beer and wine by 105%, electricals (or should we call them ‘distractions’!) leapt 206% YoY. Even fashion, which took a sizeable hit, not just from being a category where people want to see, feel and try-on products before purchasing, but also from no one needing to get fully dressed for a year, was up 22%. Online constituted 12.2% of food sales in January, which might seem low, but that’s still a significant 143.5% growth YoY.

Now that we’re hopefully past the worst of the pandemic, we need to collectively move beyond a focus on these headline-grabbing stats about consumers’ new habits, and instead focus on what behaviours will carry into the post-vaccine landscape. It’ll be businesses’ own data that paints that picture – surveys of consumers’ intended behaviour can be useful but do only show ‘intent’. So take with a pinch of salt the 32% of consumers who said they expect their new online habits to continue. The insights that consider the long-term are the ones that will drive growth, not the short-term fads. What are the sustainable commercial opportunities these new market conditions present? The victors will be on the right side of this recent history.

So what’s set to change? And – the much harder questions for business leaders to answer – what will the knock-on effects be? According to McKinsey’s future of work report, a quarter of the workforce in advanced economies could work from home up to five days per week, post-COVID. This is nearly five times more remote work than pre-pandemic and creates extensive possibilities for future demand. It could lead to a post-pandemic focus remaining on local geographies, i.e. suburbs and smaller cities, over conurbations. Office space needs are – on average – expected to decrease by 30%, with significant knock-on effects for city and town centres. Finally, it’s expected that a fifth of business travel may simply not return again. These changes to our macro-infrastructure and movement will create significant new opportunities and demand gaps to fill. And it’s those businesses investing in their own micro-infrastructure now that can plug that gap.

A case in point – with significance far beyond the grocery sector – is Ocado vs. Tesco. Both posted results in the last few weeks. Ocado posted pre-tax losses of £44 million, whilst Tesco posted profit of £825 million and the latter with a number of mitigating circumstances. But it was late last year that Ocado (briefly) overtook Tesco as the UK’s most valuable retailer. The obvious industry response to Ocado’s narrowed losses and Tesco’s decent figures was that people are having more food delivered, straight to their door. But look behind the stats and there’s nuance, as despite Tesco literally doubling their weekly delivery slots in days when lockdown hit (achieving a three-year goal in three weeks – owing to circumstance) its figures weren’t as strong as they might have been. Secondly, on close inspection, the real driver of growth in retail is Ocado’s investment in ‘solutions’, including its smart warehouses – a non-consumer facing growth engine in a turbulent macroeconomy, as they begin to license these out to other major retailers. Over £700 million of its turnover was from this ‘solutions’ category.

C-suite needs to think beyond the ‘now’ and anticipate the inevitable future of the sector they operate in.

Meanwhile, Tesco’s expansion in capacity early last year came with significant growth (£892 million) in variable costs, i.e. hiring additional staff. Ocado at the same time actually stopped processing new customers, but behind the scenes, their investments in evolving from just fully filling a basket, to fulfilment of the broader grocery sector, saw them able to process 3.5 million items per week. They acquired robotics firms and looked beyond today, not just to tomorrow, but what comes after that.

The lesson is clear – C-suite needs to think beyond the ‘now’ and anticipate the inevitable future of the sector they operate in. Cliched example, but whilst Amazon is a huge seller of ‘product’, its profit is really made in the infrastructure of its cloud services AWS. For Ocado? It’s now the same approach – that growing turnover from its Solutions division. And in the last few weeks, it invested £10 million in a partnership with a self-driving vehicle company to make ‘kerb to kitchen’ delivery a reality.

COVID-19 has shown that no business is safe solely on the strength of its brand – and those that are innovating to meet developing customer needs (beyond just ‘I need my soy milk delivered’) – are likely the big winners of the next round of disruption. Look at newer household delivery businesses like Zapp or Wheezy, where the demand for quick commerce was already there, but ‘dark stores’ and central London real-estate was too expensive to make it a reality. COVID has decimated commercial real estate to such an extent that new players have a prime foothold in the market. Those that stand still are risking going extinct.

What will your customers want now?

Overall, at Elysian Fields, we’ve recognised three kinds of reaction to the radical change experienced across sectors; inert (Debenhams), adaptive (restaurants signing up to delivery platforms) and proactive (Dr Martens going D2C). The inert, refusing to react to their fast-evolving environment, are at huge risk of imminent demise. Even months before Blockbuster crashed, it was full of customers, as Netflix was quietly planning its disruptive empire. The adaptive are essentially those treading water, such as Disney+ putting Mulan out for an extra fee caused a small backlash at the time and was partly dependent on cinemas reopening at some point, or legacy businesses partnering with the new upstarts to keep the wolves from their doors. The proactive, who’ve taken lockdown to properly reassess their form and function, are set to really make waves in the coming months.

Ultimately, growth in any market will of course be led by consumption, which in itself will be driven by confidence, not to mention the extra £180 billion UK consumers have hoarded in lockdown (equivalent to 10% of GDP). And that’s a very unpredictable thing. Whether you’re an airline or working in sport & entertainment, the only question to ask yourself today is what is your actual long-term business evolution that COVID has been a catalyst for? Today’s revenue and sales figures are only a small sign of what might impact next quarter’s revenue. A supernova might burn brilliantly for a time, but ultimately unsustainably. Are people going to swarm back onto planes to go abroad? Or flock to Emirates to watch Arsenal play on a rainy Tuesday evening, surrounded by 60,000 odd people? We shall see.

It’s going to be a very interesting few months for businesses all around the world – but the lessons from the likes of Ocado are clear. Look beyond the tip-of-the-iceberg, artificial, lockdown-based data and allow for the ‘what’s next’ of human consumption needs. Instead of responding to today’s headlines, ask yourself how you might create the headlines of tomorrow.

Fergus Hay is the CEO of Elysian Fields – a consultancy helping founders, investors and leaders of progressive businesses secure unfair advantages in their pursuit of growth.