Learning from Jack Welch: Why CEOs Need to Be Able to Deal with Conflict

Nobody likes arguments. Except for the most died-in-the-wool troublemakers, we all try to avoid them. Arguments cost time and energy—in any given situation, it’s always a good idea to ask whether an issue is worth arguing about or not. Nevertheless, people who avoid arguments at any cost will never make an impact or drive change. 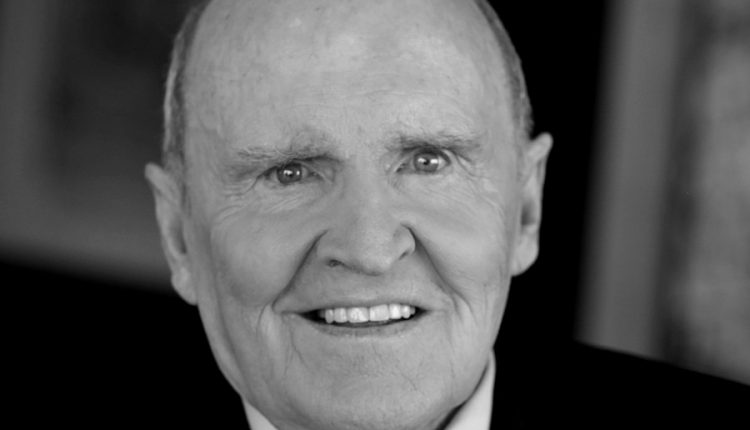 At managerial level, in particular, there are two different personality types: the ‘cuddly,’ harmony-seeking boss who would prefer everybody to agree on everything, and who above all wants to be liked by his or her staff; and the tough, success-oriented executive who is quite prepared to put up with significant clashes of interest within the company for the sake of change and progress.

Manager of The Century

Jack Welch is a prime example of the second type. In his 20 years as CEO of General Electric (GE) from 1981 to 2001, he increased the company’s turnover from $27 billion to $130 billion, while annual profits went up by 600% to $12.7 billion. In late 2000, GE was the most valuable company in the world with a market capitalisation of $475 billion. He also cut GE’s workforce of 400,000 employees by a quarter. Unsurprisingly, his style of leadership led to heated arguments and massive confrontations. In 1999, Welch was voted “Manager of the Century” by Fortune magazine. His leadership principles are well worth examining.

One of Welch’s most striking characteristics was his willingness to take on anybody in an argument. Of course, he did not start arguments for the sake of it, but he soon realised that the only way forward for the giant, yet sclerotic corporation was by completely overhauling its fossilised structures. He knew that in order to make his company fit for the future, he would have to take on and overcome powerful special interest groups, ingrained nepotism, excessive bureaucracy and laziness.

In his first two years as CEO, Welch sold of the company’s 71 divisions and product lines, increasing productivity dramatically but also triggering huge resentment. Many other executives might not have gone ahead with these radical changes in the face of such hardline opposition.

When Welch sold off GE‘s housewares division, he was bombarded with angry letters from outraged employees. “If email had existed,” Welch commented, “every server in the company would have been clogged up.” The letters all expressed similar sentiments: “What kind of a person are you? If you do this, it’s clear you’ll do anything!”

In the space of five years, Welch fired 118,000 employees from unprofitable divisions. “Throughout the company, people were struggling to come to grips with the uncertainty,” Welch observed. Instead of hiding away, he confronted his workforce openly, holding fortnightly round-table discussions with around 25 employees at each meeting. “I wanted to change the rules of engagement, asking for more—from fewer. I was insisting that we had to have only the best people.”

Welch did not just confront the executives and employees within his own company. He also took on union leaders, mayors and politicians who were trying to put pressure on him. On a visit to the Governor of Massachusetts, Welch’s host voiced his hope that GE would create more jobs in his state. “Governor,” Welch replied, “I have to tell you. Lynn is the last place on Earth I would ever put any more work.” The plant in Lynn had been the only one to hold out against the national contract GE had signed with the unions. “Why should I put work and money where there is trouble when I can put up plants where people want them and deserve them?”

Above all else, Welch preached a culture of communication. That was the only way, he said, to make sure that each and every employee knew what was what and whether their performance was up to scratch.

Fortune magazine named Welch as number one among the “Ten Toughest Bosses in America.” The magazine ran a feature article on Welch and printed numerous comments from employees who wished to remain anonymous, including: “Working for him is like a war. A lot of people get shot up; the survivors go on to the next battle.” The article claimed that being bombarded with questions by Welch was similar to a physical attack. On the other hand, he was generous with praise, acknowledging good work and rewarding outstanding employees with bonuses.

He refuted any criticism of his “tough” approach. In his autobiography, he confesses: “I shouldn’t have agonized as long as I did on so many people who weren’t going to cut it. The consistent lesson I’ve learned over the years is that I have been in many cases too cautious. I should have torn down the structures sooner, sold off weak businesses faster than I did.”

Welch was equally uncompromising towards employees who did not share GE’s corporate values, no matter how good their results were for the company’s bottom line. His advice to other executives was not to fire them surreptitiously, using excuses along the lines of “Charles left for personal reasons, to spend more time with his family.” Instead, he recommended being upfront about the fact that an employee had been fired for their refusal to comply with the company’s values. “You can be sure that Charles’ replacement will act differently, not to mention anyone else doubting your commitment to the values.”

Welch could not stand whiners who constantly complained about everything that was wrong with the company and about not being valued and appreciated enough. Bosses whose employees acted in this way had only themselves to blame, he claimed, because they had created a culture of entitlement and of fostering “a classic entitlement culture, in which your people have the deal exactly backwards. They think you work for them.” His advice to “soft” executives was: “You are running a company, not a social club or a counselling service.” He recommended they change the culture within their company as fast as they could and told them to stand their ground: “Without doubt, you will hear yelps of pain as you dismantle your entitlement culture. Indeed, some employees that you like and value may leave in protest. Take the hit and wish them well.”

Above all else, Welch preached a culture of communication. That was the only way, he said, to make sure that each and every employee knew what was what and whether their performance was up to scratch. Many companies made the mistake of indulging “the very human tendency to soften hard, urgent messages with false kindness or phoney optimism.” Too many bosses pulled their punches and were not prepared to “come right out and tell underperformers how badly they are doing until, in a burst of frustration, they fire them.” Managers prided themselves on being too “kind” or too “nice” to tell their employees “exactly where they stand—in particular, the real losers.”

This is because so many managers and executives are either not able or not willing to stand their ground. It is easier to avoid arguments than to fight them out. Fighting costs time and energy and often involves risk because the outcome of an argument is always open. However, most people instinctively sense when they are dealing with somebody who is overly concerned with achieving harmony, consensus and conciliation. Rightly, this trait is regarded as a weakness. Seeking harmony is a good thing. But as with most good things, you can have too much of it. An exaggerated yearning for harmony usually results from fear. People who are scared of rubbing others the wrong way and are afraid of disagreement and disapproval often suffer from low self-esteem. Lacking the confidence to think that they can win an argument, they avoid arguments altogether. By doing so, they have already lost. People with low self-esteem, who are usually reluctant to stand their ground and engage in confrontation, will rarely win the respect of others. After all, anyone who sees weakness in themselves will be regarded as weak by others.

Dr. Rainer Zitelmann is a historian and sociologist. He is also a world-renowned author, successful businessman and real estate investor. His most recent books include The Rich in Public Opinion http://therichinpublicopinion.com/,  The Power of Capitalism (http://the-power-of-capitalism.com/), and Dare to be Different and Grow Rich : Secrets of self-made people who became rich and successful (http://daretobedifferentandgrowrich.com/).