COVID-19: Only the Altruistic Will Survive

While some companies use crises as an excuse for selfishness and profiteering, those who recognise the need to share resources freely are the ones most likely to weather the storm. 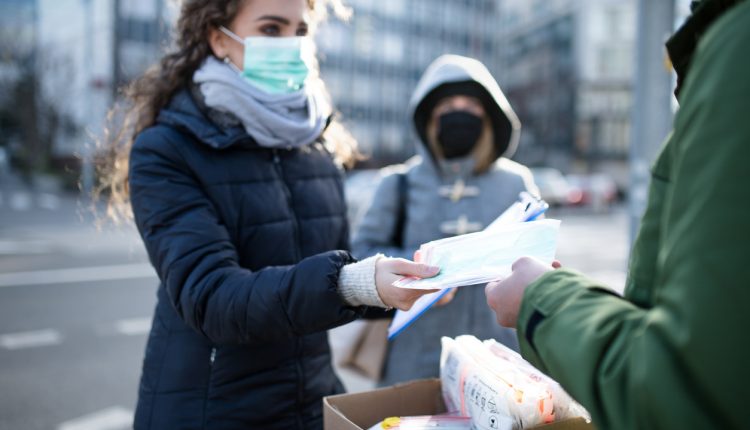 Authors and business experts Isaac Getz and Laurent Marbacher discuss the phenomenon of companies acting for the common good in trying times, and emerging stronger for it.

A leading potato chip producer in France, Brets, recently sent a surprising letter to the delivery companies carrying their stock to supermarkets. It stated that they would be increasing all payments to them by 9%, backdated a week, and that from now on, all invoices would be paid instantly.

Many may wonder why, at a time of unprecedented crisis, you would increase payments to suppliers. In fact, it may be the instinct for businesses leaders to do the opposite – cutting off suppliers and cancelling purchasing contracts to preserve their own interests.

Fortunately, Brets’ CEO realised that a self-interested, profit-driven approach would not benefit anyone in the long-term.  Well aware of the current financial strain on transportation companies, he wanted to provide suppliers with breathing space. This CEO has played a part in ensuring that his suppliers will be operational, well after the crisis is over. They won’t forget it.

Facing the Storm Together

Likewise, we recently interviewed the Manufacturing Director of a large multinational who told us that in response to the COVID-19 pandemic he had gathered all his suppliers – many small companies – and told them: ‘We’ll face this together. We share everything.’

In face of plummeting demand, this leader could easily have, placed the burden on the shoulders of suppliers and keep running his plants fully. Instead he chose to share the load, by lowering external orders and his own production equally; something those suppliers will not forget.

Companies such as the above do far better during times of trouble, since some of their partners may already help them. More importantly, when the storm is over, they are surrounded by real partners, who remember their acts and are ready to assist, instead of being alone and on their knees.

Companies such as the above do far better during times of trouble, since some of their partners may already help them.

What Can You Do for Others?

You may feel that your clients are abandoning you at the moment and seem unable to help you in any way. But could you do something for them?  The same goes for employees. During crises, leaders have a choice – view people as ‘human resources’ to be adjusted, or as human beings to be respected.

During the financial crisis of 2009, the French subsidiary of the German manufacturer SEW suffered a 30% drop in orders. Its CEO, Michel Munzenhutter could easily have started to lay off or furlough staff. On the contrary, he pledged to use furloughs as a last resort, if the drop in orders exceeded 30%, and that salary reductions should start with executives, managers, and salespeople. He also asked for a savings plan, estimated at 14 million euros. Thanks to employee initiatives, the goal was met. As soon as July 2009, the company was in the black and at the end of January 2010, every employee received a bonus, even though the company was still down 28% in orders.

The employees never forgot, their company being the only in their region without furloughs.

Only the Altruistic Will Survive

All of these examples may appear philanthropist, but they are not. These companies genuinely act for the common good of suppliers, clients and employees, transforming core processes to help others. As a consequence—not as a goal—they thrive.

Only such altruistic companies, which do not give up on counterparts when times get hard, will emerge stronger from the COVID-19 crisis.

Making decisions is hard at any point for leaders. At a chaotic time like this it is magnified as their time-honed models are unusable. However for leaders of the altruistic companies, decision-making is actually simple, guided by a single purpose: the common good of its counterparts.

When COVID-19 started to spread, it quickly became clear that hospitals and essential services were desperately short of face masks. LTC, which normally manufactures high-end textiles for apparel and sport, questioned how they can help. LTC began by designing a prototype for washable, reusable masks, which they posted online. The CEO Eric Boël was surprised when, the day after, close to a million people had visited the website and they had received thousands of requests.  As a result, LTC decided to transform its plant to only produce masks – 150,000 per day. It also priced them to just cover operating costs.

By being focused on the common good and removing financial considerations from the equation, the LTC CEO has actually found decision-making remarkably straight-forward. As a consequence—and not the purpose—his company is among a few not shut down in the textile industry.

All crises end – that is what crises do. However rather than bend then, many companies will break. They will be unable to meet demand when it picks up—or exceeds the normal – because suppliers will have disappeared, clients will have fled, employees will have been laid off. Businesses will be missing vital limbs. On the other hand, competitors with their ecosystem around them, running and ready for action, will be able to respond quickly and thrive.

Instead of trying to apply the only-profit traditional thinking, business leaders must seize the chance to transform their company altruistically act for others and, as a consequence, to thrive now and – crucially – the day after.

Leading management author Isaac Getz is professor at ESCP Business School. Laurent Marbacher is an author and senior adviser to business leaders. Their book The Altruistic Corporation is forthcoming.