Why Goldman Sachs is Changing its Attitude Towards Diversity

The investment banking giant's demand for diversity on the boards of companies it helps to go public is a welcome – and justified – step in the right direction. 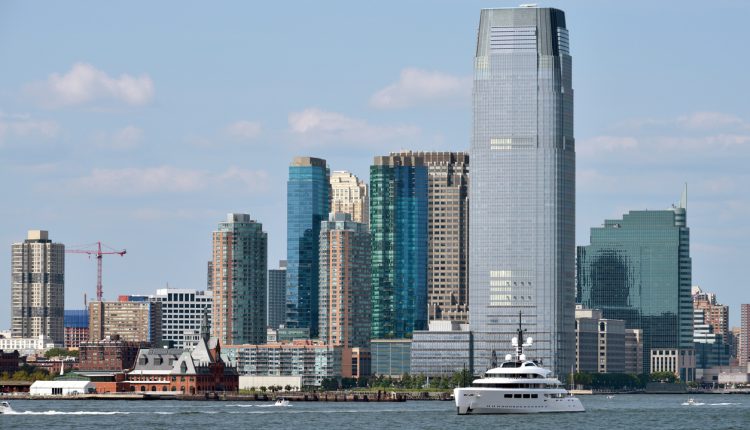 The news of Goldman Sachs demanding diversity among the board certainly got a lot of people talking and opened the floor for a very topical discussion. David Solomon, CEO of the leading global investment bank, announced during his January interview with CNBC that new company policy will mean the bank will only help companies go public if there is at least one diverse board candidate. Anna Mazzone, MetricStream’s Managing Director & General Manager of UK & Ireland, explores the factors that drove the decision.

Goldman Sachs’ new policy will come into effect on 1st July 2020 in the US and Europe and its diversity focus is on seeing more women hired into board level roles. Solomon stated the reason for this is because the performance of public offerings of US companies with at least one female director has been “significantly better” in the last four years than those without.

Solomon’s statement and Goldman Sachs’ new attitude is certainly a positive step, but what encouraged the company to announce this policy and potentially miss out on business from successful companies that are lacking in gender diversity?

The Mounting Evidence in Support of Gender Diversity

There have been numerous studies over the years looking into the performance of women-led companies. One study compared the returns of Fortune 1000 companies led by female CEOs to those of the male-dominated S&P 500 and found that companies with women at the helm drove three times the returns.

An article in The Independent also recently reported on Credit Suisse’s study which found that companies with a greater number of women executives correlated to stronger revenue growth and higher profit margins. An analysis of share prices showed that the stocks of firms where over 20 per cent of top managers are women rose higher over ten years than the shares of other companies – a conclusion that was made after comparing more than 3,000 companies from 56 countries.

Yet, even with the statistics clearly showing why hiring women into top-level positions is better financially, they still only make up a small percentage. In 2019, research by Catalyst found that only 29 per cent of senior management roles are held by women, showing that the ‘glass ceiling’ has still not shattered.

It would consequently seem that Goldman Sachs’ new policy is happening at a time when a much-needed drive is required for companies to start reconsidering their approach to gender diversity and who they are hiring for board level positions.

In 2019, research by Catalyst found that only 29 per cent of senior management roles are held by women, showing that the ‘glass ceiling’ has still not shattered.

Gender Diversity and the Gains for Company Culture

There is also a lot of evidence out there pointing towards gender diverse companies not only being better off financially, but that company culture is improved as well.

A study by Korn Ferry Institute from a sample of 57 female CEOs across 41 Fortune 1000 companies found that there were some common traits among them that emerged time and time again. These defining traits included courage, risk-taking, resilience, agility, and managing ambiguity.

The same study also found that women were more likely to encourage others to achieve desired results and engage effectively with their teams. The Institute put this down to the fact that women scored significantly higher than the benchmark group on humility, meaning they are more likely to express appreciation for others and share the credit amongst their team.

Clearly, Goldman Sachs’ call for gender diversity is finally a response to the mounting evidence that it benefits organisations in all the best ways.

All Systems Go: Amplifying Diversity in Web3 The 6 Steps To Become A Radically Inclusive Leader

Encouraging women to take up senior management roles in organisations is certainly a huge step towards equality as changes will need to be made to ensure women are able to get into and maintain these leading positions in the first place.

Organisations across all sectors will need to consider implementing flexible working to allow women with childcare commitments to continue in their high-flying, demanding roles. Workplace policies on having equal rights to maternity and paternity leave will need to be more rigorously enforced too so that childcare is not seen as a woman’s domain thereby disadvantaging them in their careers.

The cultural changes that are derived from female leadership in the C-suite, combined with the improvements in financial performance, leads to companies delivering performance with integrity. This is particularly important in the millennial and Gen Z era as over 50 per cent believe diversity is paramount and want to work for organisations that have a positive impact on the world, thereby valuing integrity over financial successes.

The cultural changes that are derived from female leadership in the C-suite, combined with the improvements in financial performance, leads to companies delivering performance with integrity.

We must not ignore that further steps need to be taken to really make workplaces more inclusive and reflective of our wider society. Having only one diverse board member that is a woman does not really send a signal that an organisation is interested in equality and promoting people from all minority backgrounds into leadership roles.

Having said that, the new policy that is set to come into effect over the next few months by Goldman Sachs is a great response to all the evidence that supports gender diversity. It shows a huge willingness from a leading global organisation to encourage other companies to also become more inclusive which is a significant step towards greater diversity overall. Organisations that are seen to be performing with integrity and encouraging diversity will enjoy a positive reputation among customers, employees, and partners, and living their brand promise.