We’re all familiar with the Grinch — a hairy, green, Christmas-stealing grouch who certainly doesn’t join in on any of the festivities in his fictional homeland of ‘Whoville’. 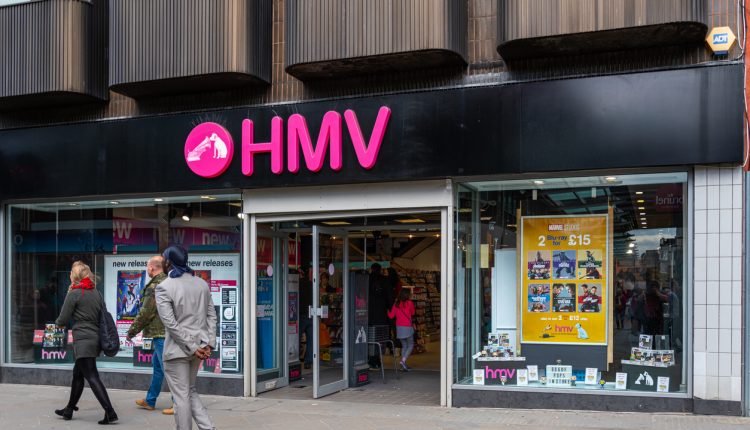 We also know that the Grinch eventually succumbs to the joy of Christmas, with a miraculous change of heart.

However, the business stories that we’re about to explore were not so forthcoming in saving Christmas for their many customers left without the festive joy that they were hoping for — faced instead with being a creditor in a liquidation case rather than mince pies. Read on to find out more about these four corporations that didn’t quite enjoy the spirit of the season.

One of the most well-known names within its sector, Farepak was set up as a Christmas savings club in 1935, helping customers to cover the cost of their Christmas purchases. Their super-organised customer base would prep for Christmas as early as 12 months in advance, banking store vouchers of their choice throughout the year. With the option to spread payments, it was a way for lower-income families to afford the gifts they wanted to, making Christmas gifts more accessible. In October 2006, the firm went under, and 116,000 savers were left with nothing. Farepak was liquidated the following year.

A key finding from the inquiry into what went wrong found that rather than credit agreements, the company was run on good will and trust in suppliers. This is hard to justify in an unpredictable business climate. Customers paid on a monthly basis for their vouchers and goods, and Farepak would cover the cost of the purchases issued by a different company called Choice Gift Vouchers, after delivery had been made. In February 2006, Family Hampers, a similar Christmas club, went bust, and consequently pushed Choice Gift Vouchers into administration. Other retailers ended up with huge losses as a result, and Farepak faced demands for cash up front to cover the outstanding money owed.

Farepak’s parent company, European Home Retail (EHR), announced plans to increase its borrowing amount to pay these debts off, but this was denied, and shares were put on hold in August of the same year. Furthermore, Farepak stated it had no obligation to ring-fence money from its customers to cover the purchase amount of their orders. Vince Cable, the Business Secretary at the time, pursued prosecution of the Farepak directors by The Insolvency Service for incompetence in saving the business, but the case was dismissed. Mr Justice Peter Smith ruled that HBOS shouldn’t have allowed Farepak to keep taking deposits from customers when administration was inevitable.

He then said that HBOS should donate to a distress fund, and that while they had not been responsible for the £4 million in losses, the situation was uniquely described as that it “might not be regarded in the public’s eyes as being acceptable”. In legal terms, this is the equivalent of the judge pointing at the defendants and screaming “J’ACCUSE!”. The ill-fated firm gave £2 million to the distress fund, and Judge Smith summarised that “HBOS ought to make a further substantial payment to the compensation fund, but I cannot force them, it is entirely a matter for them.” The bank did not make the payment, and the company was snowed under.

Following the collapse, the Financial Reporting Council filed a disciplinary complaint against William Rollason, the former chief executive of the parent company of Farepak. Rollason, who was chief executive of European Home Retail and a director of Farepak at the time it collapsed, was accused of failing to act with “integrity.”

It’s not all doom and gloom in our winter wonderland. While CDs are understood as relics in today’s tech-savvy society, once upon a time the go-to stocking filler was a single or album. HMV had something of a Christmas nightmare when the company fell into administration for the second time in six years just after the festive season had ended, placing 2,200 jobs into uncertainty. The company was eventually rescued from administration in February 2019, in a deal struck with Sunrise Records, a Canada-based company. With 27 store closures including the flagship Oxford Street shop and 1,000 jobs lost, the losses were limited, and the humble CD lived to see another day.

HMV has had a turbulent few years when it comes to ownership. CEO Ian Topping resigned in 2018 after five years in the role. He was replaced by retail director Neil Taylor, who left in September 2019 – just weeks before the crucial Christmas trading period. The retailer was ultimately acquired by Sunrise Records owner Doug Putman.

The company has a proud legacy and it’s approaching its 100th year anniversary in 2020 — so with a bit of luck, the albums we know and love will continue to leave the shelves in stores across the nation.

We’re a society of online shoppers nowadays, and we rely on a plethora of sites to deliver our Christmas goods on time. However, it can be difficult to determine how trustworthy a site is. You risk jeopardising your whole Christmas experience when you stumble upon malicious websites. This was the case for SavviBuy, an online retailer which sold popular gadgets and consoles at competitive prices, a go-to for many Christmas shoppers looking for a good deal. Delivery was promised before the big day arrived on December orders and the site received a lot of good feedback, but when these goods didn’t appear after a staggering £3 million profit had been made, the company stopped responding to frustrated customers and a case was investigated by The Insolvency Service.

The companies behind SavviBuy, Advance Tech (UK) Limited of Rochdale and Chorley; and Clever Technology Limited of Bridgtown, Cannock were under scrutiny, and some interesting finds were made. Clever Technology had transferred £3.4 million to a third company based in Dubai, and this money was withdrawn (in cash!). Both companies faced a High Court trial but no goods were ever received by customers. Scott Crighton, Chief Investigator for the Insolvency Service said: “These companies ruined the merriest time of year for so many families, whose children and loved ones were left empty-handed on Christmas morning.

“Thankfully their actions have caught up with them and, through petitioning the court to shut the companies down, the Insolvency Service has prevented them from causing further misery to unsuspecting customers.”

Christmas Eve is typically enjoyed by many, while some people take advantage see the day as a final push for some last-minute gift buying. Parcel company City Link faced quite a predicament on Christmas Eve though, as the next-day delivery courier firm collapsed late on the evening before the big day. With 110 depots across the UK, the company faced job 2,356 job losses and a further 1,000 self-employed drivers who also woke up to the news on Christmas Day, with no source of protection for the sequence of events. A committee at parliament later found that the insolvency system was too favourable to investors over the workforce. To make matters worse, City Link had chosen not to tell employees of the extent of the likelihood of business failure, with the MP Adrian Bailey saying: “Investors and directors are cushioned from the impact of failure while workers, suppliers, and contractors pay the highest price.” The committee also stated that the company was under no wrongdoing, as it was in its financial interest to break the law by not adhering to statutory redundancy practices if the fine for this was less than the cost of continuing to operate. This fine would eventually fall to the taxpayer.

Many of the company’s contractors were left to bear the biggest burden of the events though, as many operated their own business through City Link. They were left to claim only minimal fees back after the liquidation process.

In 2015, three former directors of City Link were acquitted of criminal offences over the collapse of the delivery company after a magistrate questioned the government’s use of a “retrospective crystal ball” to prosecute them. David Smith, Robert Peto and Thomas Wright had denied failing to notify the secretary of state for business before City Link’s collapse on Christmas Eve last year that about 300 redundancies were “inevitable”.

Judge David Goodman dismissed the charge against all three men after hearing that a £17m offer to rescue the Coventry-based courier firm was rejected after its slide into administration.

Sometimes, the unforeseeable happens, and Christmas is definitely not out of bounds when it comes to business collapse. However, many businesses sail through the festive period with no obstacles, despite it being one of the busiest times of the year.