Turning it Around: The Power of a Well-Handled Complaint

Customers are complaining to companies more and more and, for many, the experience is often unsatisfactory. 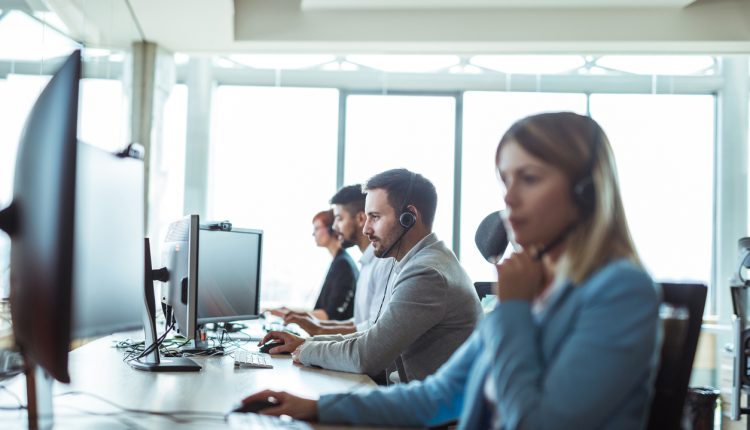 But a recent analysis of more than 1,200 customer complaints across financial services, telecoms, utilities and travel revealed that they share the same underlying ‘anatomy’. Businesses who design a complaints-handling process that addresses these shared features directly stand a much greater chance of keeping their customers loyal.

It may not feel like it to the long-suffering call centre operative on the other end of the line, but when customers complain, it is rarely just to register their disgruntlement and frustration. How a company handles a complaint becomes a make-or-break moment of truth that tests whether you live up to your promises. Handle it well, and there is a good chance of turning that frustrated caller into a loyal advocate for your business. Get it wrong, and they are more likely to leave, sharing their negative experience on social media as they go.

A surprising number of companies seem to fare poorly at turning complaints around. The 2019 Consumer Action Report, published by Ombudsman Services, for example, has not only found that people are complaining more, but that 63% find the experience ‘highly stressful’. Similarly, the Citizens’ Advice Bureau has found that less than half of people who complain to a company (47%) are satisfied with the outcome.

Could businesses do better? Importantly, many companies overlook the value of Service Design in this area. Just like any customer interaction, the way in which you address complaints can be shaped and structured.

Modern Human has redesigned complaints-handling services for several companies in industries including financial services, telecoms, utilities and travel. One of the ways we start is by forensically examining recent cases: going back, listening to the calls, and analysing the situation in depth. In total, we have looked at more than 1,200 complaints which, inevitably, varied enormously in their complexity and scope. But at root, we found that each could be addressed by asking the same three questions of the customer. These were:

The answers reveal what we might think of as a complaint’s ‘anatomy’, and should profoundly influence how to respond.

Imagine that a customer has been charged a penalty fee, for example for late payment. Some customers will take this on the chin, accept that they made a mistake, and ensure that they remember next time. But what if they are a long-standing loyal customer who has been with your company for years, and never missed a payment before? These customers are more likely to feel hard done-by. After all, this is one little mistake. Haven’t they earned some leeway? Your relationship with a customer changes how they expect to be dealt with but this nuance can often be lost amid systems and procedures.

When customers complain, they are often frustrated and stressed, which makes it hard to articulate these deeper feelings. Good customer service requires the company to work out what might be driving the call at an emotional level for themselves.

Good customer service requires the company to work out what might be driving the call at an emotional level for themselves.

To enable this, we found that it was important to consider broader scientific research into what happens to us at a neuropsychological level during moments of confrontation. Humans are not hard-wired to cope with these situations and, when they occur, we naturally produce two hormones: adrenaline and cortisol, which are associated with a ‘fight or flight’ mindset. These block our problem-solving skills. If you have ever found it hard to think straight when stressed, you will understand how this feels.

This phenomenon can quickly impede not just the caller, as they struggle to express themselves, but also a company’s call-handler. Remember, the call-centre operative has to understand the problem while trying to follow company procedures and operate company systems. It’s like trying to drive, read a map and have an argument with a passenger all at the same time. As both individuals grapple with the situation, stalemate can often ensue.

So how do we design a way out of this? The first thing to consider is that most companies have the data to make reasonably accurate judgements about matters such as customer loyalty, or a customer’s relationship with a product, and can, therefore, predict how a customer is likely to feel. Call-handlers need access to that kind of information in order to use their own emotional intelligence. Front-line teams need to be able to address the emotional side of a customer’s complaint head-on, through training in skills like principled negotiation, objection-handling, and explaining things clearly. One particularly forward-thinking company even brought a former police negotiator in to help train its staff.

When call-handlers have this combination of information and skills, they can respond to the negative feelings that are swelling up within a customer directly. This is crucial. When a complaint drags on, it is not usually the problem that gets worse – it’s the feelings associated with it. The company becomes associated in the customer’s mind with escalating frustration, resentment, anger or confusion. It is vital that call-handlers can put a pin in that negativity from the start.

When a complaint drags on, it is not usually the problem that gets worse – it’s the feelings associated with it. The company becomes associated in the customer’s mind with escalating frustration, resentment, anger or confusion.

Many organisations are tempted to treat all complaints as if they are the same – after all, their customers are all equally important. But it doesn’t follow that all complaints are equal. Complaints should be triaged in the same way as a hospital might process admissions in A&E. Negative emotion should be dealt with at the first point of contact; a successful triaging strategy can then prioritise those cases that are likely to get worse if left and those with the biggest impact on the customer.

In our experience, combining such measures with fully-trained and equipped front-line teams can have impressive results. Some of the companies we have worked with have been able to reduce the average time taken to process complaints by more than half. Several have completely eliminated cases in which frustrated customers ended up demanding to speak to a manager.

They were also able to turn the negativity linked to the complaint around and win customers’ loyalty and trust by dealing with the problem in an emotionally responsive way. One told them, for example: “Because of how you have handled this I want to withdraw my complaint… you have stopped me taking this further.”

Designing a service of this type, however, requires the investment of both time and money. Understandably, not every organisation wants to do this and some prefer to treat complaints as just another customer transaction.

This is a critical misjudgement. Complaints are complex and need to be handled with care. Smart service design that acknowledges the emotional aspect of a customer’s experience, and therefore incorporates the human touch, stands more chance of keeping those customers happy and loyal in the long term. As businesses and customer transactions become more remote, it’s vital that companies take steps to deal not only with the fact of a complaint but the emotional anatomy behind it. In the end, a little empathy can go a very long way.