The Rise of the Chief Ethical Officer

For decades work has become dehumanised, with employees treated as tools or assets rather than people. A result of business leaders placing economics, management theory and organisational psychology centre stage. 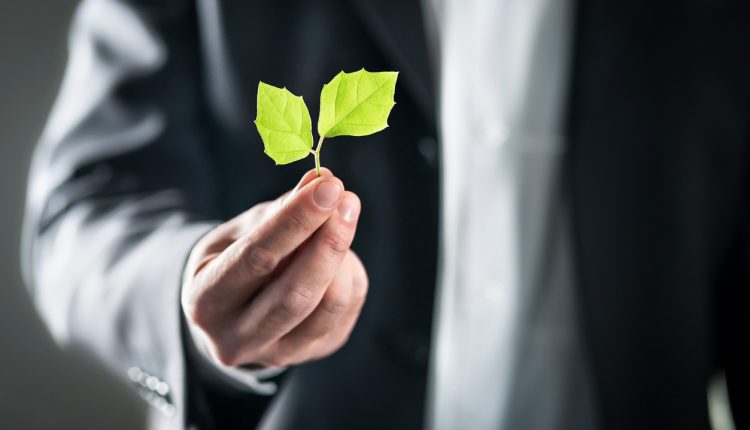 Both economics and psychology have been used to great effect to improve the quality of life for many around the world. But neither asks the question, what is the right thing to do, what is good? It is as if we are running our organisations based on a two-legged stool. The third leg is philosophy, the third leg asks the question: “What is good”?

The business world has lost sight of the important lessons from moral philosophy and this has led to a focus on numbers and productivity rather than the people who make those numbers happen. As a result, trust in leaders and organisations is at an all-time low and many people feel unhappy and disillusioned at work.

Trust in leaders and organisations is at an all-time low and many people feel unhappy and disillusioned at work.

The CEO will always be the Chief Executive Officer and be responsible for overseeing the execution of the organisation’s purpose, strategy and performance. But the CEO that does not add another ‘E’, the ethical ‘E’ to their title, risks at best failing to deliver the full potential of their people and at worst overseeing an organisation in which only those who have given up trying remain.

One CEO put it like this: “When I got the top job I thought, at last, I’ll be able to put into practise all my ideas and rid the organisational of all my frustrations. The truth turned out to be very different. I became accountable for many things I could not directly control. I would communicate very clearly my vision and the strategic goals at town hall meetings, breakfast meetings, lunchtime meetings, in corporate videos, etc. And yet nothing seemed to change. I rewrote our corporate values statements and made sure they were visible across all our offices so everyone would know how they were supposed to behave. And still nothing changed.”

When we get to the top we are not in charge of human resources or the ‘people’ factor of production, we are responsible for a group of diverse, passionate, committed and engaged people, all with their own agency, their own way of making sense of their world and with their own ideas of what they would do, if they could, to make their contribution count.

The first job we have when we reach the top is to take on board the inculcation of German philosopher Immanuel Kant (1724-1804), expressed as the humanity formulation of his categorical imperative, to treat others not as a mere means to an end but also as an end in their own right.

In 2003 Nestlé Philippines Inc. (NPI)  was a 2-billion-dollar turnover profitable business riding high on the Asian consumer boom, one of Nestle’s top ten markets worldwide. By 2004, the company saw a flattening of sales growth, a shift in discretionary consumer spend to mobile telephony and increasing competitive pressure across product categories. Q1 2005 saw a minus 17% sales growth, a severe build-up of pipeline stocks, ageing stocks on shelves, unhappy distributors (holding excess products), several overflow warehouses, and 600 containers waiting to be unloaded at the port, with penalty charges of millions of dollars.

Interviews with managers and staff revealed that the atmosphere, the environment that people were subjected to at the time, and these are the words they chose to describe it, was characterised by hierarchical, controlling and directive behaviour, feelings of fear exhaustion and powerlessness culminating in a bureaucratic, polarised and fragmented culture.

Nandu Nandkishore arrived in 2005 as the new CEO of NPI. Nandu set about a turnaround. Instead of providing the answers and telling people what to do he asked questions of those who do the work – the marketers, the sales team, the procurement team: what are the cumbersome processes that are tying up cost? What could we do differently to plan sales, stocks and manufacture, product by product according to demand?  How do we get control of working capital? In so doing, he made it clear that all present were response-able, he believed they were the ones best placed to work out what to do. Importantly, he created a physical and behavioural environment in which empowered people would flourish. He gave them the time, the space and the respect to get on and work it out together. He saw his role as to remove the barriers to collaboration and contribution. Nandu role-modelled team behaviour and collaboration. The old behaviours of finger-pointing and silo-based performance were replaced by joint ownership and co-creation.

Nandu’s principles were simple and Kantian:

Nandu did not abdicate his executive role, he simply added his ethical role. His responsibility to create an environment in which diverse, passionate, committed and engaged people could flourish, come together, create a shared understanding, co-create options, select solutions and execute change.

In interviews with the same managers and staff that reported their feelings at the beginning of this journey, the words used to describe the environment at the end of their journey were very different. People described the quality of interaction as characterised by curiosity, encouragement and experimentation, they felt appreciated, confident and empowered and described the culture as inspiring, participative and dynamic.

At no point in the journey did Nandu feel the need to rewrite the corporate values and produce lots of posters; or create an elaborate competency framework to ensure people knew exactly what they were supposed to do; or share with people motherhood and apple pie statements about NPI’s ambition to be number one –  after all what’s the point of such bland statements, who wants to be number two?

Adding the ethical dimension to the CEO role does not mean touring the offices and factories to pound the table about, putting customers first, pursuing excellence, acting with integrity, etc. Again, what is the point of such moral truisms – who in their right mind would construct a values statement proposing that we put customers last, pursue mediocracy and lie daily?

Adding the ethical dimension to the CEO role does not mean touring the offices and factories to pound the table about, putting customers first, pursuing excellence, acting with integrity, etc.

The thing is, corporations don’t have values, people do. And the vast majority of people have good values. They’ve been brought up by good parents, good teachers, mixed with good friends and loved siblings. By the time we meet them in organisations at 25 or 35, their values are set and they are good. But the key point is: values don’t give you solutions, they create dilemmas. We are all familiar with one of the most obvious dilemmas of two competing values: to be honest and to be sensitive. This has given rise to the white lie. Equally challenging is the need to be transparent and at the same time protect confidentiality.

The job of the CEO, the Chief Ethical Officer is to create an environment in which people, at all levels in the organisation, can engage in these dilemmas and together square the circle in a way that makes sense to them, makes positive use of their diverse insights and experiences and allows them to contribute as response-able people who take pride in their contribution.

David Lewis is Programme Director for Executive Education at London Business School and co-author of What Philosophy Can Teach You About Being a Better Leader, published by Kogan Page, priced £14.99.