Almost all CEOs have a set a purpose for their organisation, but their commitment to and use of it varies considerably from company to company. 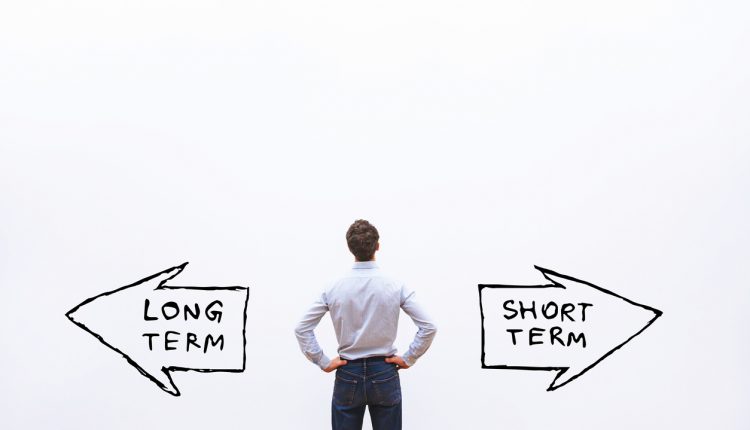 To explore this, MaryLee Sachs, CEO New York at Brandpie, discusses some research they have conducted, polling over 700 CEOs in Germany, France, the UK and the US to determine how the modern CEO utilises purpose.

Strikingly, 78% of CEOs agree they now only have a 90-day window to prove themselves in an organisation. Perhaps unsurprisingly, 60% of CEOs believe this window is dangerous and encourages short-termism.

This window is encouraging CEOs to prioritise tactical, short-term wins. Purpose, on the other hand, and the sustained growth it can help provide, is a long-term play. Yet CEOs are facing these longer-term considerations alongside the pressures of satisfying shareholders (every 3 months), employees (every day) and customers (every purchase).

Herein lies the disconnect and divide: CEOs struggle to balance the long-term while simultaneously pleasing shareholders in the short-term. But purpose can act as the bridge that connects short term wins and long-term growth.

CEOs struggle to balance the long-term while simultaneously pleasing shareholders in the short-term.

Since the 2008 financial crisis, the typical CEO has been handed more demands, greater expectations and significantly less time to deliver them. The now and urgent is derailing CEOs from thinking about the wider long-term sustainability of their business.

Purpose as a vehicle should, in theory, be a win-win. If you operate as a business and can concurrently be a good corporate citizen (however broadly defined), then this will allow you to tell a richer story about what you do.

In comparison to most issues, however, CEOs place a relatively low priority on making a positive contribution to society. In fact, almost twice as many CEOs are motivated by shareholders (40.6%) than by society (21%).

This suggests that CEOs are focused primarily on driving short-term success to appease shareholders.

Shifting priorities in the wake of the 2008 financial crisis

While CEOs may be focused primarily on driving short-term success that appeases shareholders, society at large has changed dramatically in the past ten years.

Today’s consumers are more socially engaged and aware than ever before. In fact, this ethos transcends the traditional brand-consumer relationship. Increasingly your employees, fellow leaders, business partners and investors are all looking to CEOs to take action and address social issues on their behalf.

Among these changes, there’s a growing expectation that CEOs will use their positions and businesses to step in and solve socio-economic issues that governments or society as a whole are failing to address.

Clearly, there’s work to be done to ensure that CEOs and brands are delivering on what today’s customers value and expect. People are demanding more from businesses, in part to undertake tasks and fill space vacated by the state over the last 30 years. So, purpose becomes a tool through which you can articulate your business’ higher use to society.

Consider this: 63% of millennials believe a business’s primary aim should be to “improve society” rather than “generate profit”. This shift means that the average person desires more from CEOs. In fact, 64% of people globally now expect CEOs to lead on social change rather than wait for government intervention.

Creating value through a positive contribution to society

Given these truths, it’s important to understand how CEOs can drive immediate impact while also contributing to society at large.

The challenge is an obvious one – how do you develop longer term value, boost short-term share price and deliver on your personal needs as CEO? The answer is multi-faceted. By leading with purpose, however, brands can activate value within communities in a way that feels authentic and genuine.

When asked “which values are more or less important to your business since 2008?”, CEOs demonstrated an awareness of larger societal shifts. For example, global leaders now believe it’s more important to create value by “improving long-term business sustainability”, “fulfilling customer needs”, “investing in people” and “through a positive contribution to society” than “creating shareholder value above all else”.

This shift shows that purpose has a role to play in driving profit. While shareholder value is still important, more businesses are prioritising long-term business sustainability by looking to customers, employees and society to create the value shareholders expect.

The struggle between short and long-term

In today’s marketplace, most CEOs know they need to address purpose, they might even truly believe in it – but it still feels risky. 97% of CEOs believe there is a role for purpose in an organisation, but only 27% believe it is most effective under their leadership. What does this divide tell us?

In today’s marketplace, most CEOs know they need to address purpose, they might even truly believe in it – but it still feels risky.

Well, when the risk-to-reward ratio feels too high, many CEOs will choose to play it safe and focus on quick, short-term wins. While this may appease the board and shareholders in the interim, it detracts from a company’s long-term vision.

This struggle is very real. CEOs who have been in their role for less than a year are least likely to consider long-term business sustainability as central to their ambitions. They’re clearly thinking in the immediate term, focused on survival and stability. But CEOs with at least 10 years in their role are twice as likely to consider long-term sustainability important.

Profits are no longer enough to give your business license to operate. These days, it’s about making money by doing the right thing. That will give you the freedom to grow and expand.

By using purpose, businesses can deliver upon shifting societal demands, appease shareholders in the short-term and enact a long-term strategy that will drive continued success well into the future.