Who Will Be the First Female to Reach $100 Billion?

Despite significant progress being made across industries, the gender gap is still a prominent issue when it comes to business and women's earning potential. 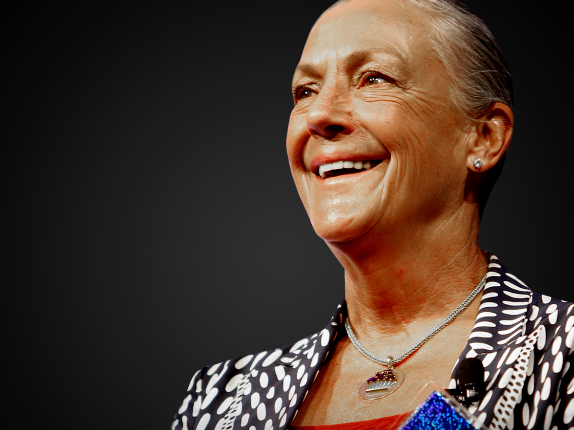 Men continue to dominate the world’s richest lists, with the likes of Jeff Bezos and Bill Gates becoming the first in history to achieve a net worth in excess of $100 billion. Bill Gates followed Jeff Bezos to become the world’s second ‘centi-billionaire’ back in March 2019, after his fortune reached the $100 billion threshold. The only other member of this ultra-exclusive club is Amazon founder Jeff Bezos, who became the first centi-billionaire in history in November 2017. But how far behind are women in achieving this milestone?

Using Bloomberg’s Billionaires Index data, RS Components have analysed the net worth of some of the world’s richest female billionaires to predict when they will join the ‘centi-billionaire’ club.

The first predicted female to hit the big time is French billionaire heiress, Françoise Bettencourt Meyers. Françoise is the daughter of Liliane Bettencourt, who was one of the principal shareholders of L’Oréal, and the richest woman and 14th richest person in the world with a net worth of $44.3 billion, at the time of her death in 2017. After her death, Françoise became heiress to her mother’s estate and is the president of the family foundation, which reportedly owns over $900 million in assets. Ms Bettencourt Meyers is also an academic and has published several books on Greek mythology and Jewish-Christian relations. According to the research conducted by RS Components, her wealth is estimated to double from $53.9billion to $100bn by the time she is 75 – just 9 years from now.

Second in line to join the club is MacKenzie Bezos, ex-spouse of Amazon CEO Jeff Bezos. The American novelist and philanthropist was, in fact, Amazon’s first-ever employee having joined as an accountant. She has published two well-reviewed fiction books and trained under author Toni Morrison, who said she was ‘one of her best ever students’.

With her $39.1bn fortune, Bezos is currently known as the world’s 22nd richest person and by December 2034 – in just 16 years’ time and at only 65 years old – will be sitting amongst ex-husband Jeff Bezos and Microsoft founder Bill Gates as a ‘centi-billionaire’.

Ms Bezos, who was born MacKenzie Tuttle, has also set up an anti-bullying organisation, Bystander Revolution, which encourages the “simple habits of kindness, courage, and inclusion”. Mackenzie acquired the majority of her wealth as part of the divorce settlement and was awarded a 4% stake in Amazon for her role as Bezos’ partner and adviser.

Following Bettencourt Meyers and Bezos is Gina Rinehart, Chairman of Hancock Prospecting – a privately owned mineral exploration and extraction company originally founded by Gina’s father, Lang Hancock. It is predicted that in just 20 years Rinehart, who currently holds the title of Australia’s richest citizen due to her net worth of $15.5bn, will be a member of the ‘centi-billionaire’ club – despite currently having the lowest net worth. Ms Rinehart, who inherited a majority stake in her father’s mining company in 1992, transformed the business into a billion-dollar empire during the iron ore boom.

Family businesses are a running theme for these richest women in the world, with Jacqueline Mars, inheriting grandfather Frank Mars’ American confectionery company, Mars Incorporated, in 1982. She served as Food Product Group President in the family company up until her retirement in 2001. Jacqueline Mars’ net worth is estimated to sit around $23.2 billion currently.

Similarly, Alice Walton, who was valued at $45.4 billion in May 2019, is the only daughter of Walmart founder Sam Walton. She co-manages Walton Enterprises – one of two family holding companies that control around half of the world’s biggest retailer. Unlike her siblings, Rob and Jim Walton, Alice has dedicated the majority of her career to curating art, rather than working for Walmart. In 2011 she opened the Crystal Bridge Museum of American Art, and her personal art collection is valued in the hundreds of millions of dollars region.

Laurene Powell Jobs is the widow of Steve Jobs and inherited $20 billion in Apple shares after her husband’s passing. She was valued at $22.2 billion as of May 2019 but is highly respected for having donated a huge portion of her inheritance to philanthropic causes. Powell Jobs also founded Terravera, a natural-food company aimed at developing organic raw materials such as legumes and grains, for the food and feed industries.

German billionaire Susanne Klatten owns 19.2% of automaker BMW and is the richest woman in Germany, being valued at $20.6 billion in May 2019. Klatten helped transform her grandfather’s Atlanta AG into a world-class pharmaceutical corporation and is now the sole owner and deputy chairman of the corporation, which pulls in more than $2.5 billion in annual sales. She also holds stakes in wind power outfit Nordex AG and carbon and graphite producer SLG Group.

However, many of the world’s richest women are unlikely to reach $100 billion within their lifetime. Investor Jaqueline Mars, Walmart heiress Alice Walton, pharmaceutical businesswoman Susanne Klattern, as well as the richest woman in the tech sector, Laurene Powell Jobs, would all be aged over 100 by the time they hit the financial milestone of centi-billionaire, based on current projected earnings.

For Asia’s richest woman, Yang Huiyan, the 100 billion mark is slightly more in reach. As the youngest woman on the list (38 years old) she is predicted to reach centi-billionaire status as soon as February 2043, when she will be just 62 years old. Huiyan, the Vice-Chairwoman and largest shareholder of property developer Country Garden Holdings, was valued at $22.8 billion in May 2019. Yang became the mainland’s richest person at the age of 25 when her father Yang Guoqiang transferred 70% of his holdings to her in 2007 – just before taking his firm public in Hong Kong.

As females continue to move up the ranks on the rich lists, it seems even the world’s richest women can’t escape the gender pay gap.