Top 5 Environmental Innovations All CEOs Should Watch Out for

Humanity is now more aware of its impact on the planet than ever before. The dangerous effects of climate change are well documented and, unless governments, businesses and society as a whole take drastic action in the near future, irreversible damage may be caused. 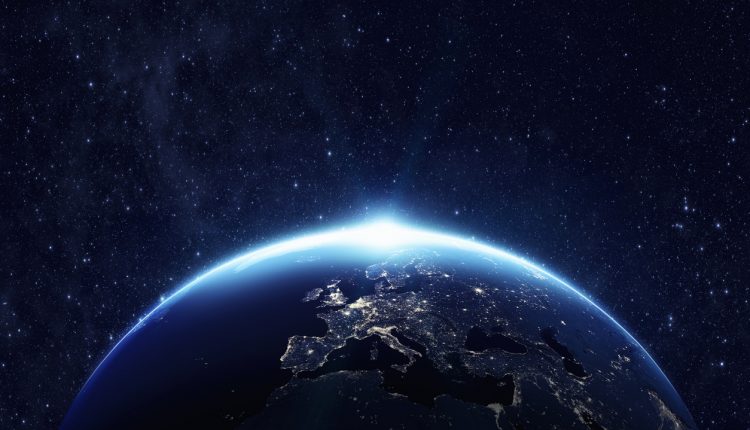 Encouragingly, some businesses are taking steps to address the situation and a number of innovations have been developed in recent years that have helped to reduce mankind’s environmental footprint.

But what’s next in the world of sustainable technology? Innovation funding specialists MPA Group have chosen five of the top environmental innovations to look out for.

The meat industry is one of the worst offenders in the story of climate change. A study by Poore and Nemecek earlier this year revealed that the meat and dairy industry accounts for 60% of the total greenhouse gas emissions produced by agriculture. Keeping, feeding and transporting animals requires lots of energy and takes up large areas of land – destroying habitats in the process.

It is unlikely that large portions of the population will suddenly adopt vegan diets, despite Poore calling such action “probably the biggest way to reduce your impact on planet Earth”. In fact, global meat consumption is set to continue increasing sharply. Consequently, attempts are being made to provide meat-like products without causing so much harm to the environment.

Lab-grown meat could be the answer. The ‘meat’ is grown using cells from living animals and is already on sale in over 50 restaurants in New York City. Bruce Friedrich, co-founder of The Good Food Institute, thinks that such lab-grown products will be widely accessible by 2020. This alternative could provide the public with the meat they desire, while significantly reducing the environmental impact of the process.

The issue of single-use plastics has been thrust into the public consciousness in recent years, largely thanks to the tremendous work by Sir David Attenborough and his Blue Planet II series. Interest in sustainable packaging has duly rocketed, with a number of companies attempting to provide alternatives to damaging, non-biodegradable plastics.

One piece of technology that could help address the problem is Breakdown Plastic. According to Peter Rooke, CEO and founder of Art and Science International, 79% of the world’s plastic ends up in a landfill site. As a non-biodegradable substance, this plastic just stays on the ground, creating toxic waste for hundreds of years. Breakdown Plastic, however, includes an organic additive that means that biodegradation happens within five years. It’s a cheap alternative and one that can make a real impact in a world struggling to completely stop using plastics.

While this technology won’t solve the plastic problem, it’s certainly a step forward in reducing the amount of hazardous material across the planet.

Attempts to reduce greenhouse gas production are ongoing, a recent report by The Committee on Climate Change stated the UK can cut greenhouse gas emissions to nearly zero by 2050. However, it is noted that the 2050 target would not be achieved unless the government backed it with further policies and investment. In the meantime, a new approach is being developed to tackle the effects of those materials which do make it into the atmosphere.

According to AIChe, Carbon Capture, Utilisation and Storage (CCUS) “encompasses methods and technologies to remove from… the atmosphere, followed by recycling the CO2 for utilisation  and determining safe and permanent storage options.”

The technology enables regions to both remove harmful gases in the air and actually use them to create clean energy – significantly contributing to the fight against climate change.

CCUS is currently under development, with extensive infrastructure needed to be installed before it becomes widespread, but the UK government is fully supportive of the technology. It aims to be a world-leader in the area and “deploy CCUS at scale during the 2030s, subject to the costs coming down sufficiently”.

While it may take a few years for CCUS to become commonplace across the world, we may start to see it being rolled out in the near future.

Does Your Business Make Goods, Or Is It A Force For Good? 310 CEOs Urge Biden Administration to Adopt 2030 Climate Goal

A problem with some renewable energy sources, such as solar and wind power, is that the energy supply is inconsistent and unpredictable. There’s no guarantee that when you want power there’s going to be any available to use. Solar power is obviously largely ineffectual at night, so China has looked to the skies in search of a solution.

Earlier this year the country announced plans to build humanity’s first ever solar power station in space. In orbit, the solar panels are subject to constant sunlight, in contrast to those on the ground, which are heavily dependent on the season and time of day.

The initiative would involve a satellite in space which generates power from solar panels, before converting it into microwaves or a laser and beaming it down to a receiving system on the surface. Pang Zhihao, a researcher from the China Academy of Space Technology Corporation, told the Sydney Morning Herald that the system could reliably supply clean energy 99% of the time.

While the ultimate goal may not be achieved until 2050, small and medium satellites are expected to be launched and operational sometime between 2021 and 2025, with research and development is well underway. With China pledging to invest 2.5 trillion yuan ($361 billion) into renewable power generation by 2020, the country is clearly signalling its willingness to invest in advanced concepts.

In an interesting revelation, The California Institute of Technology (Caltech) is also working in the area and is looking to develop the technology needed to make space solar power a reality. It has had some notable successes too, including creating the lightest prototype so far and duly overcoming one of the most major project barriers.

If Caltech continues at this rate of progress and Beijing further develops its space programme, it could lead to an exciting race between America and China to see who reaches the goal first.

The retail industry typically involves extensive supply chains, from the gathering of raw materials, to production, to delivery. All of these stages cause considerable damage to the environment. Every year, 1.5 trillion litres of water are used by fashion brands, while 23kg of greenhouse gases are generated for each kilo of fabric produced. Consumers are growing increasingly aware of the environmental impact of the products they buy and this has prompted a surge of research into sustainable textiles.

Environmentally-friendly brands can now be awarded The Global Organic Textile Standard (GOTS), which signals that they use organic textiles “from harvesting of the raw materials, through environmentally and socially responsible manufacturing, up to labelling, in order to provide a credible assurance to the end consumer”.

London-based company ‘Thought’ is one example of a retail brand making a difference. The business only uses organic and recycled materials which biodegrade and don’t use many harmful chemicals. Its environmental impact is further minimised by the fact that all manufacturing takes places in a single factory, helping to cut down on any carbon emissions from transport.

The innovations listed above will certainly go some way to addressing the issues, but more work still needs to be done.