Half of Investors Believe Brexit Will Scare Foreign Investors Away

With just weeks to go until the UK is due to leave the European Union, deal flow and finance from the continent into the UK has been under scrutiny as a barometer of support from Europe after the UK exits the UK. 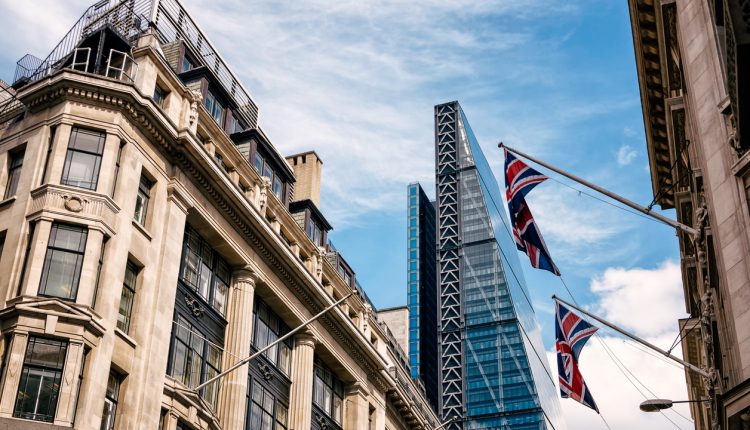 Below Ana Bencic, President of Nexthash, discusses research that suggests half of investors remain optimistic about Brexit, but believe foreign investment will be scared away.

For example, UK investments in the Netherlands have quadrupled to €80bn (£72bn) since the Brexit referendum in 2016, the Dutch statistics office announced this week. In the same period, Dutch investments in the UK fell from €50bn to negative €11bn as Brexit uncertainty led to capital outflows. Statistics Netherlands said that in 2018, the UK was the largest foreign investor in the Netherlands. This comes a month after The Netherlands Foreign Investment Agency said almost 100 companies had already moved some business to the Netherlands, with 325 more expressing an interest in relocating to the country to lessen the impact of Brexit.

The Financial Times analysis revealed that Brexit uncertainty in the UK has boosted foreign investment into the EU’s other 27 countries in the three years since the referendum. The total amount of capital invested in the EU27 surged 43 per cent in the three years to the first quarter of 2019, compared with the preceding three years, according to fDi Markets, a database of cross-border investment. This is in sharp contrast to the UK, which has experienced a 30 per cent drop in investment.

About $340bn of capital has been invested in the 27 remaining EU states in that period, up from $237bn in the previous three years. The biggest increase came from European companies spending beyond their national borders, including companies from the UK investing in another EU country.  Over the same period, the capital invested by foreign firms in greenfield projects in the UK dropped by $36bn to $85bn, despite a slight increase in 2018.

Why Angel Investment, Not FDI, Is Key for SMEs The 5 Main Impacts of a Hard Brexit Explained

This drop in investment from foreign companies and institutions has been largely fuelled by the uncertainty that the Brexit negotiations have delivered. Many across Europe and Britain alike will continue to work together, but potential blockages that a no-deal Brexit could deliver in terms of trade, deal flow and finance has resulted in a reluctance to invest in the UK while the negotiations continue. However, the UK has a tremendous track record of birthing and growing incredible businesses which need globally facing finance to remain competitive, not just in the UK and in Europe, but with challengers from the US, China and other emerging markets such as Brazil and India.

In the last 20 years, UK-based entrepreneurs have built 72 companies, including 13 in the past year, that have exceeded a valuation of US$1billion. This is compared with 29 in Germany, Britain’s closest European rival, and India with 26, according to research for the government’s digital economy council published in June. However, with investment and businesses moving out of the UK due to Brexit fears, will the UK be less competitive in the global economy after 31st October?

At Nexthash, a Digital Security Offering exchange for potential Unicorns, we have launched new research, polling over 2000 citizens across the UK and their attitudes towards high growth startup funding as we approach the Brexit deadline day. We found some worrying statistics, such as half of British investors – 49% – worry that Brexit will scare away investors from investing in the UK and over a third – 37% – of investors are concerned that Brexit will lay waste to investment opportunities into growing UK companies.

With the press attention on many American IPOs such as Uber and WeWork receiving such criticism and negativity, we also asked what British investors thought of the IPO model and whether they would be open to an alternative as Britain looks to compete outside of the European Union from 1st November. We found that a quarter of Brits agree that seeing Unicorns and their IPOs fail or not fulfil their potential, such as Uber, has made investing in Initial Public Offerings unpalatable to them. Furthermore, a third of Brits want more flexible ways to invest in businesses than stocks, shares or venture capital investment. As alternatives are beginning to appeal more and more institutional and retail investors, particularly technological millennial investors, we found that three in 10 Brits – 28%- would consider using Digital Security Offerings if there was an unbiased, trustworthy source of information about them but more than two-thirds of British investors – 68% – would only trade or invest where there is security or protection against fraud for their investment, hence Nexthash’s service offering in this market. This is time as one in five British investors – 21% – feel gold and real-estate does not give them the rapid return on investment that they can get from high-growth, internationally-facing companies.

Clearly, the demand to invest into these kinds of companies is there, but this research from Nexthash demonstrates that British investors are concerned about foreign investment coming to the UK to help the wealth of potential unicorns that were born and reside here. With the advancement of technology and the development of diverse investment products, potential high-growth startups need greater financial support to ensure that they reach their potential and compete with other globally facing unicorns, especially after the UK leaves the European Union.

As Britain prepares for Brexit, new forms of investment could be crucial for these scaling businesses as well as global investors who want to maintain access to the UK marketplace.