What do business meetings and dinner parties have in common? The guestlist will make or break the event. 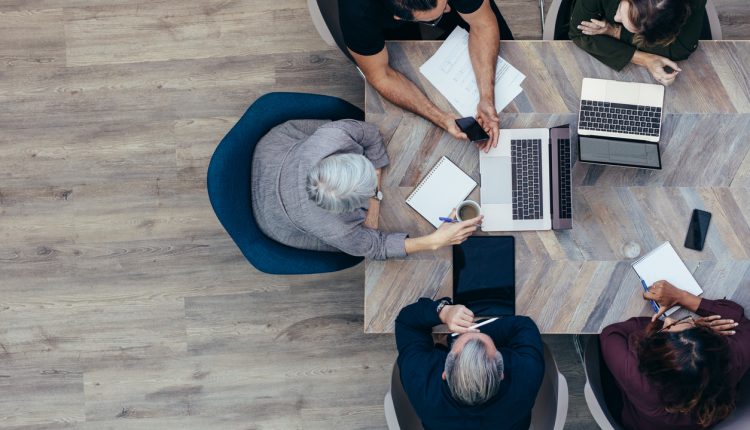 Choose the wrong people to attend and you could be sitting in a silent room that everyone secretly wishes they could escape or, even worse, a room filled with big personalities all trying to talk over each other and not a single person willing to listen.

When it comes to organizing a meeting, you need to be careful when it comes to who makes the cut. This is not a decision which should be taken lightly. If you want your project kick-off meeting to ensure that everybody knows what is expected of them according to set deadlines or your annual strategy meeting to result in realistic and actionable objectives, you need to choose the right people.

Follow these five tips on selecting the right meeting attendees and your meeting is sure to be a success.

The event space in London you’ve organized can only accommodate so many people. Too many people and the room will become crowded with people rather than ideas, solutions and action plans. Too few people and you may find the meeting lacks a variety of perspectives. Know how many people you can realistically fit into the space as well as how many people you need in order to have a successful and productive session. Physical comfort matters in these situations and so does creating a space in which people feel free to give their informed opinions, as well as listen to those of others. Deciding on a guestlist is a numbers game.

2. Be realistic about who will actually attend

Given that you can only invite a certain number of people to a meeting, you can’t waste invites on people you think may not actually show up. Even though you really want to invite the consultant you met in New York last year because they spoke with such certainty on topics relevant to this meeting, that doesn’t mean you should automatically ask them. If your meeting is taking place in London, be realistic about who will make the time to be there. Hint: it’s not likely to be the person who lives on another continent.

Many organizers make the mistake of inviting those they wish could attend the meeting rather than those who can actually be there. You don’t want to end up sending out 16 invites and receiving 15 notifications saying “unable to attend”.

Every meeting will have an array of personalities on display. It’s your job to ensure that you have the right combination of personalities to ensure that the objectives of the meeting will be met. Look at the names you have on the first draft of your guestlist and separate them into three categories: thinkers, doers and speakers. “Thinkers” are those who are most likely to come up with ideas and solutions, “doers” are those who have the technical skills and knowledge to put plans into action, and “speakers” are those who ensure that the meeting carries on moving forward and nothing is left unsaid. In the best-case scenario, all three categories are strongly represented in the meeting. However, when it comes to “speakers”, try to choose people who speak for a reason and not because they enjoy the sound of their own voice.

4. Don’t double up on skills and insight

You can have a room full of people who are great at coming up with ideas, but you’re not going to get anywhere if there is no one present who can implement those ideas. Look at what each person on your guestlist can contribute in terms of skills and insight and try not to have two people who offer exactly the same thing. You want a variety of perspectives and technical skills to add as much value to the meeting as possible. For example, having two digital marketing consultants and no web developer is not going to work if you’re hosting a meeting about a website relaunch.

5. Cut out the guilt invites

You don’t owe anyone an invitation to the meeting (unless they’re paying your salary, you can’t not invite the boss). Everyone has that one friend who could really use the opportunity to network right now, but that doesn’t mean they deserve a seat at the table. Only invite those who you know will add value. This is not a popularity contest.

At the end of the day, who makes the cut will make all the difference in the outcome of a meeting. It’s a large responsibility and one you cannot afford to take lightly. So, ensure that you know your numbers, be realistic about who will actually attend, choose the right personalities, don’t double up on skills and insights, and cut out the guilt invites.