Economy of Mistrust: Are Brands Helping to Fuel a Polarised Society? 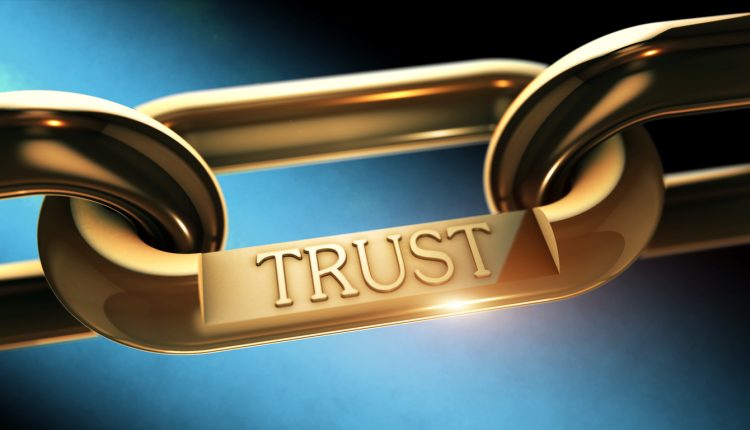 Nick Liddell is the Director of Consulting of The Clearing, and Co-author of Wild Thinking. In this article, Nick discusses whether brands are contributing towards a polarised society.

“All the world is made of faith, and trust, and pixie dust.”

The quote above is from Peter Pan, but sums up in twelve simple words how brands have come to dominate almost every aspect of civilised life. Societies are built on faith. Economies are built on trust. And brands are built on both (often with a little sprinkle of pixie dust). Or at least they used to be.

Trust is now in short supply. The 2019 Edelman Trust Barometer finds that trust in media outlets, business, government institutions, and non-governmental organisations has remained doggedly low in recent years. Only one in five people believe the system is working for them. And 73% worry about false information or fake news being used as a weapon. There’s an irony at work here: we live in the information age. Our ability to gather, verify and analyse data has grown exponentially but society has never been more isolated and insecure.

For author Shoshana Zuboff, this decline in trust is symptomatic of a fundamental shift in the relationship between people and businesses. This relationship used to be pretty simple: businesses would convert raw materials into products and then people would buy them. But in the information age, people are seen as a free source of raw material; our behaviours generate data, which is captured for free and then used to predict how we will behave in the future. These predictions – of what we will buy, where we will go, who we will meet, what we will like – are used by businesses to generate wealth at our expense through mechanisms and algorithms that are both insidious and invisible to us. In Zuboff’s words, ‘we are not the users, we are being used’.

In surveillance capitalism, the interests of businesses and people are in hidden conflict. The likes of Facebook and Google benefit the most when their influence is invisible and subliminal. Apple’s recent championing of data privacy is a clear attempt to challenge this view head-on: Apple relies on people to trust its devices to gather, store and share an ever-expanding stream of sensitive personal data, from health and activity tracking to mobile payments and location. Apple CEO Tim Cook has called for the Federal Trade Commission to register all data brokers and enable users to track their data and even to delete it permanently. This would, in theory, spell the end of surveillance capitalism by putting people in control of their own data. The more power we put in people’s hands, the less we need to trust businesses and institutions to behave responsibly – or competently.

Recent coverage of voyeurism amongst Airbnb hosts has revealed that the ‘little guy’ can be even more irresponsible and intrusive than ‘Big Brother’ when it comes to personal data. The likes of Apple and Google have a strong incentive to cultivate trust amongst their user-base: their profits rely on it. But arguably the opposite is true where the likes of Airbnb, Facebook, Instagram, Uber and Ebay are concerned. These online community brands begin from the assumption that people can’t be trusted… except to rat on one another. Consequently, they effectively function in a manner similar to intelligence services during the Cold War – encouraging people to surveil their neighbours and maintaining stability through the constant threat of excommunication and denial of service. In doing so, they have evolved surveillance capitalism into a darker, shadier form: an economy of mistrust.

The more power we put in people’s hands, the less we need to trust businesses and institutions to behave responsibly – or competently.

How does an economy of mistrust operate?

In the economy of mistrust, businesses create profit by outsourcing the policing of behaviour to their online communities: they establish spaces in which people are encouraged to act as judge, jury and executioner. As a result, we have all evolved into a society of peeping toms. The act of recording strangers, judging them and sharing our judgment with other strangers has become commonplace and now comes with a revenue model. Examples exist everywhere.

South Korea is in the grip of a spy cam epidemic: 6,470 cases of illegal filming were reported in South Korea in 2017, compared to 2,412 in 2012. Earlier this year, four people were arrested in Seoul for live-streaming the activities of 1,600 unsuspecting hotel guests using spy cams they had installed in 30 hotels. They had earned more than $6,000 selling subscriptions to 4,000 users, many of whom who were willing to pay extra for value-added services like video replay. This is just one tiny example of a burgeoning industry built on catering to humanity’s worst impulses. In response, the South Korean government has set aside $4.5 million to fund patrols of toilets and changing rooms to uncover hidden spy recording and streaming devices.

Airbnb has taken the spycam epidemic global. An Irish family found eight hidden cameras at an Airbnb property in Athens. Cameras were found in every room including the bathroom. A family from New Zealand staying at an Airbnb in Ireland discovered they were being live-streamed via hidden cameras. In 2015, Airbnb settled a civil suit brought by a German woman who discovered hidden cameras while staying at a rental in California in 2013. Earlier this year, children’s camp director Max Vest informed Airbnb that he had discovered hidden cameras in a rental property in California. Dissatisfied with their (lack of) response, he approached the Miami Police Department to file a report – and was in turn accused of theft of the device’s memory card, which he had removed as evidence. The police, it turns out, exist to enforce the law and not Airbnb’s terms of service. Vest’s subsequent interviews with the media reveal enormous frustration at Airbnb’s unwillingness to enforce its own rules… But why should Airbnb invest in doing so when it can more profitably outsource this job to social media users and the press?

In the economy of mistrust, businesses create profit by outsourcing the policing of behaviour to their online communities: they establish spaces in which people are encouraged to act as judge, jury and executioner.

Far from diminishing the power of these branded communities, the economy of mistrust lies at the heart of their power: the gamification of peer review focuses us on critiquing one another, rather than questioning the legitimacy of the peer review system itself. But there are plenty of reasons for doing so. Uber’s use of consumer-sourced driver ratings is highly likely to be influenced by implicit (and not-so-implicit) bias on the basis of gender and race. This matters because these ratings materially affect the employment opportunities of the rated. This bias is evident in other branded online communities; a 2013 study of iPod sales on Craigslist found that listings that showed a black person holding the device for sale typically received fewer and lower offers than when a white person was shown. A 2015 study of baseball card sales on Ebay revealed a similar pattern of bias. In the same year, researchers for the Harvard Business School revealed widespread discrimination against black guests. The economy of mistrust is an economy of inequality: it hard-wires centuries of prejudice into transactions, provides an echo chamber of bias and amplifies the tyranny of the masses.

This goes a long way towards explaining why society is becoming so polarised and why our first response to having our values challenged is not calm introspection but noisy, banging outrage. This is only sustainable in the short-term. The longer-term problem for branded communities is that the economy of mistrust is unstable and unsustainable, as the examples of Airbnb, Uber, Craigslist and Ebay demonstrate.

So what would an economy of trust look like?

Instagram may be about to show us. In Canada, the platform is trialling hidden like counts, as a way to encourage people to focus on the quality of the content people share, rather than the quantified popularity of who or what is being shared. Perhaps we are seeing the first tentative step in the rolling back of the platform’s reliance on unqualified peer review. The 2019 Edelman Trust barometer revealed that 76% of people believe that CEOs should take the lead on change. Top of their change agenda is equal pay (65% of respondents) and tackling prejudice and discrimination (64%). Adam Mosseri, CEO of Instagram, has clearly taken up the challenge. He explained the rationale behind the hidden likes experiment at Facebooks annual developer conference in April: “We want people to worry a little bit less about how many likes they’re getting on Instagram and spend a bit more time connecting with the people that they care about.” The experiment is part of a broader strategy to evolve Instagram into a less pressurised  and more welcoming environment.

The Instagram CEO isn’t alone in his desire to shift the focus of branded online communities away from competition for social validation and towards a more cohesive, collaborative state. Twitter founder and CEO Jack Dorsey is also reported as recently saying he would rethink the platform’s emphasis on likes and retweets as markers of success. Hopefully this is more than just wishful thinking. The Edelman Trust Barometer is a rallying cry to business leaders to play a greater role in promoting a fairer, happier society. It’s going to become increasingly difficult to delegate responsibility (and blame) to algorithms and social media trolls. Do we want to fight discrimination on the basis of race, age, gender and sexual orientation or not? If so, CEOs are going to have to resist the temptation to succumb to the wailing cry of the mob. There’s still a place in modern society for faith and trust and pixie dust. We just need someone to show us the way.

Perhaps it will be the likes of Jack Dorsey and Adam Mosseri.

Perhaps it will be you.