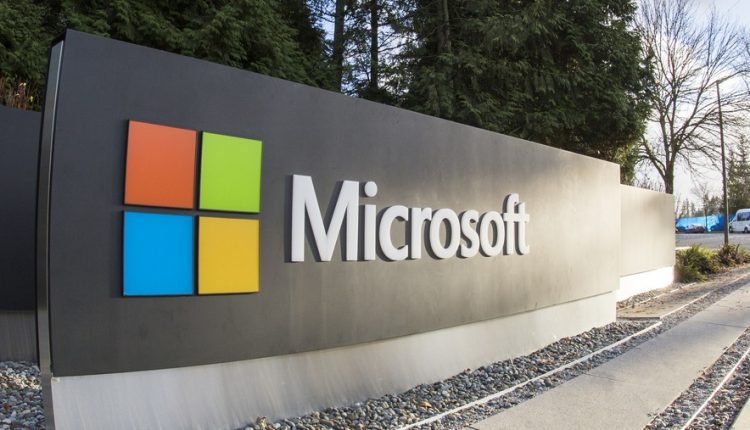 Ever since its slow but grand inception in the tech scene, Microsoft has been carrying the torch of computing technology and though rivalled by many great firms, it has maintained its competitiveness across several tech spheres and markets. But how has it managed to excel so profusely of late?

Microsoft, being such a prevalent company among gamers, business users and household consumers, has received plenty of criticism in the past and yet continues to succeed. It got plenty of things wrong, like leaving it so last minute to recognise the potential of the internet, bullishly attacking its competition, failing to drop internet explorer, and generally just being out of touch with consumers for a long period of time. But it did get some things right, and is well respected as a consequence. 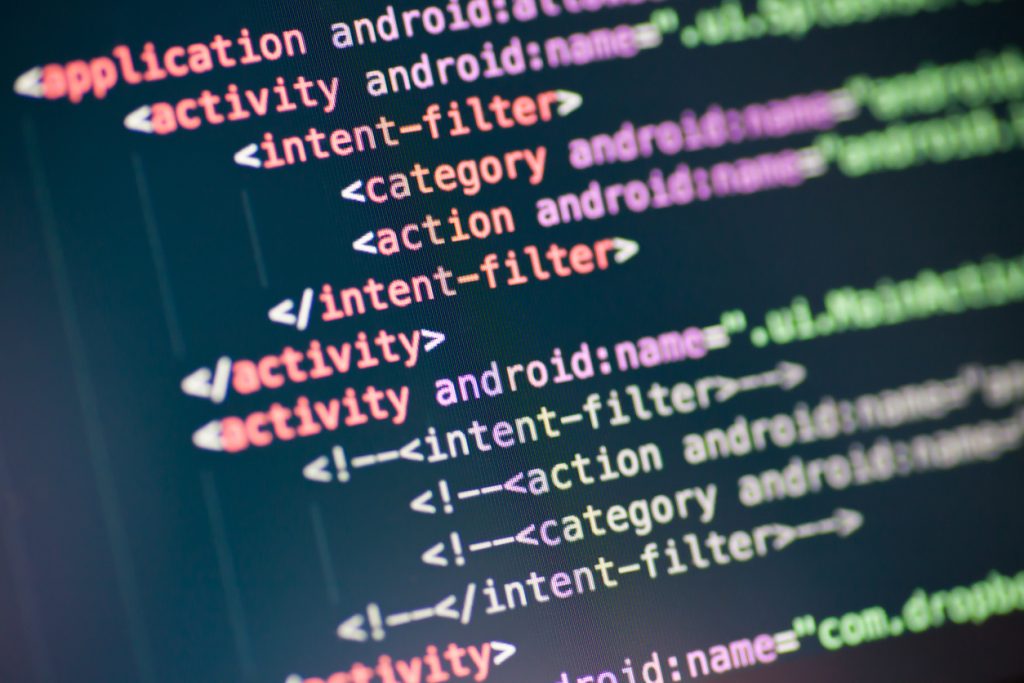 In more recent times, Microsoft has found a love for open source, allowing users across the world to have a piece of the pie and develop further tools that nurture the goals Microsoft serves: to increase workflow productivity and create the technology of the future. After all, opening your product up to everyone is the easiest way to have everyone adopt it.

Prime examples are the release of ONNX, the launch of KEDA, and the acquisition and use of GitHub, then furthered by the recent acquisition of Pull Panda for code review collaboration within GitHub.

In 2018 Microsoft also opened up 60,000 patents as open source in order to protect Linux, one of its OS competitors that is entirely run open source, from patent lawsuits.

In addition, Microsoft has run open source projects such as Visual Studio Code and the .NET runtime, both of which benefit the open source community. It’s still due to open up Windows itself to everyone, but only time will tell.

One of the most surprising open source dedications Microsoft has made was this year when it published the first of its core codes for the masses: CALC.EXE. This is Microsoft’s Calculator app source code and giving this away on GitHub was an unprecedented gesture from Microsoft in the open source community.

Microsoft has learned in time that offering its components for the world to develop and build on makes for a better future for all, and in doing so its business has benefitted.

Microsoft’s website describes the company’s mission as “to empower every person and organization on the planet to achieve more,” which is why the tech giant is considered the king of productivity, especially when it comes to personal computer tech and software.

Since the 80s, Microsoft has been trying to make computers a household electrical item, and for the most part it has succeeded. Its next goal was to move personal computing to mobile, and although the Windows Phone had its day and failed to dominate in the mobile sphere, Microsoft still sees an ample space for its productivity applications in the mobile arena.

In a 2014 blog, Frank X. Shaw, Corporate Vice President of Communications at Microsoft said: “In the world of technology, the word productivity has often been narrowly defined – usually referring to work that involves a document, spreadsheet, presentation, or to-do list. But in its broader historical context, it’s a word that has always had a bigger meaning – as a way to describe or measure what a person, team, organization or company accomplishes relative to the effort they put in…And that’s why we’ve set our sights on a much bigger goal: Helping people make the most of the moments that matter to them. Any moment, at work, home or on the move.”

This Video is a perfect representation of Microsoft’s productivity goal.

The Windows Phone was not the strongest tech product Microsoft has put on the market, but the company knew this, tried its best and failed. It subsequently terminated the product and moved on.

A great part of the mistake behind the Windows Phone, admits in an interview Founder Bill gates, was not going android. Gates says: “The greatest mistake ever was the mismanagement I engaged in that caused Microsoft not to be what Android is. That is, Android is the standard phone platform, non-Apple phone platform. That was a natural thing for Microsoft to win.”

Microsoft has always been great at recognising its mistakes, owning up to its bad decisions and adapting to the consumer market.

In 2006, Microsoft decided to play catch up to the already successful iPod produced by Apple. It introduced the Microsoft Zune, a great product that failed to innovate, appeal or differentiate itself in the market. Microsoft gave it a reboot in 2009 with the Zune HD but quickly learned this was going to be fruitless and discontinued the product in 2011.

According to Business Insider, home entertainment and mobile business head at the time, Robbie Bach said: “The portable music market is gone and it was already leaving when we started…We just weren’t brave enough, honestly, and we ended up chasing Apple with a product that actually wasn’t a bad product, but it was still a chasing product, and there wasn’t a reason for somebody to say, oh, I have to go out and get that thing.”

Thirdly, the Xbox One. Microsoft tried to bring productivity and home entertainment together. It didn’t work. It tried to create and market a console that brought everything together in one place. After realising this wasn’t the way to go about it, Microsoft decided to refocus its Xbox One priorities on gaming. In a 2014 interview, Phil Spencer, currently vice-president of Gaming at Microsoft but at the time the newly introduced head of Xbox, said: “There is a lot of learning that I did as a leader in the organisation, when I just heard how our message resonated with people and some of the decisions that we made, that I think were actually the wrong decisions, and we had to revisit those decisions.”

Once Microsoft has apologised and recognised its mistakes, it’s always happy to move on. In some ways, this is another thing it does well, but in other cases, this can be damaging to its user base. In an interview in 2017, Microsoft CEO Satya Nadella admits ending support and app development for the Windows Phone was a move that neglected those committed to Microsoft.

He said: “If you missed something you … look at what’s the next turn. We’re … excited about the cloud… And the next big wave … Mixed Reality and AI…In many cases customers have already chosen to work with you, and yet you consciously or unconsciously abandon them to go work off on the new shiny object.”

If you think of one key product Microsoft builds and distributes on a consistent basis, its Microsoft Office will come to mind. As one of Microsoft’s biggest selling products, it’s what keeps Microsoft popular and relevant each year.

Microsoft’s goal of making the computer a permanent household electrical item is accompanied by a much newer goal of maintaining close business relationships with business clients all around the world. This now happens in the form of Microsoft office software. It’s an office staple and a consistently updated and redesigned product that has aided the productivity and office efficiency of millions of businesses worldwide.

A recent Gartner report titled “Microsoft Dominates Cloud Email in Large Public Companies” illustrates very clearly that Microsoft is at the top of its game when it comes to big business. It holds between an 80% and 85% share in all cloud services subscriptions for large businesses across the world.

This time last year Reuters reported a particular scenario that presents Microsoft as an IT hero. Following a 2014 meeting between leaders at Thyssenkrupp AG and Microsoft CEO Satya Nadella, the German multinational conglomerate had Azure cloud computing installed and connected between the elevators of over 41,000 customers. This was the leverage that led to various other instalments and upgrades. Thyssenkrupp’s CEO Patrick Bass told Reuters: “Our IT spend as a whole total is going down, and yet our capabilities and our total spend with Microsoft have substantially increased.” Before this, the business relationship between the two firms was solely Office software renewal.

Relationships are what Microsoft is good at, and it will likely continue to build on these, placing immeasurable importance on its key connections with businesses and their specific and unique needs. It’s also safe to say it does business-business a lot better than consumer-business.

This leaves us with one final thing: the CEO upgrade. After Steve Ballmer stepped down from his position as CEO of Microsoft in 2014, incoming CEO Satya Nadella proved himself to be arguably one of the best CEO upgrades in history.

Just three years into his role, Satya Nadella brought Microsoft back to its reigning position in the tech industry, as it was declared the world’s biggest company in 2018, surpassing Google, Amazon and Apple in the race for company value. Most of this came down to its B2B focused ambitions, which in contrast with the other large tech firms, sit in another playing field.

Nadella’s focus is set on the new shiny toys: AI, automation and augmented reality, unlike for example Apple, which is still expecting people to upgrade their smartphone every two years and is focusing much of its efforts on smartphone tech. Appointing Satya Nadella as its new CEO was one of the things Microsoft did right because it changed the player entirely, and moved Microsoft’s visions onto new things, where it could start with a clean sheet and in a way, restart the game. This of course alongside the older projects that Ballmer paved the way with, such as cloud computing, which as previously mentioned was a great Microsoft move for its B2B plans.

One of the first things we listed above was Microsoft’s more recent embrace of open source; Satya Nadella pushed for this. Another thing we mentioned is when Nadella admitted leaving Windows users behind was a mistake. He’s a living embodiment of the company’s values and is doing a really good job. He’s managed to maintain Microsoft’s vantage position across several markets, and has succeeded in removing it from the ‘competitive’ limelight when it comes to consumer products.

However, stock value alone is enough proof of his worth. During Steve Ballmer’s time as CEO Microsoft’s stock value was low and borderline bearish. Once Satya Nadella was in and operating, it crept and crept, pushing the company back to the top.

When Microsoft was announced the biggest company in the world last year, its stock price was $137.78, which is just 0.6% above the current share price of $136.96 (July 8th 2019). On the day Nadella was appointed, February 4th 2014, Microsoft’s stock price was $36. That is a big jump and concrete evidence that engaging Satya Nadella as CEO was yet another thing Microsoft got right.

A lot of praise is due to Microsoft for at least trying to be a consumer service focused company. But all in all, Microsoft serves businesses and productivity culture as a whole. Its future with Nadella is looking good and there will likely be many more mistakes, mea culpas and comebacks ahead.