5 Multinational Firms That Were Evil Villains in Movies

We’ve grown up watching the most terrifying and villainous technology companies take over the world, and most of you will remember at least one terrible multinational firm that played the evil villain in a movie. 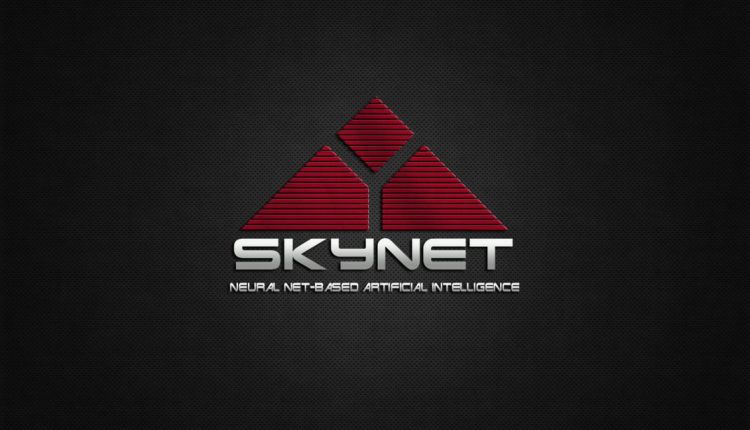 In reality, every day we get closer to a world where large global companies operate without accountability, without regulation, and on their own terms, which according to the movies we’ve seen, seem to be the symptoms for the eventual ‘villain syndrome’ we’d ideally all like to avoid.

So far, some action has been taken by governments but only on certain fronts, and many believe in an eventuality where Facebook, Amazon, Apple, Google and other large global firms will be responsible for the villainous authoritarian regimes that rule the world; just as we have seen in countless hero movies.

The US’ Federal Trade Commission recently approved a $5 billion fine for Facebook on the back of its investigation into the Cambridge Analytica scandal in 2017. Business Insider then reported that as a result, Facebook’s stock value rose by 1%, making Mark Zuckerberg about a billion dollars richer. Does this mean the government’s efforts to curb tech firms’ growth and rise to power was in vain?

Below, CEO Today takes a brief look at 5 of the top fictional enterprises that played the evil villain in movies, and some of them are scarily similar to the real world’s largest tech firms.

1. BiffCo – Back to the Future 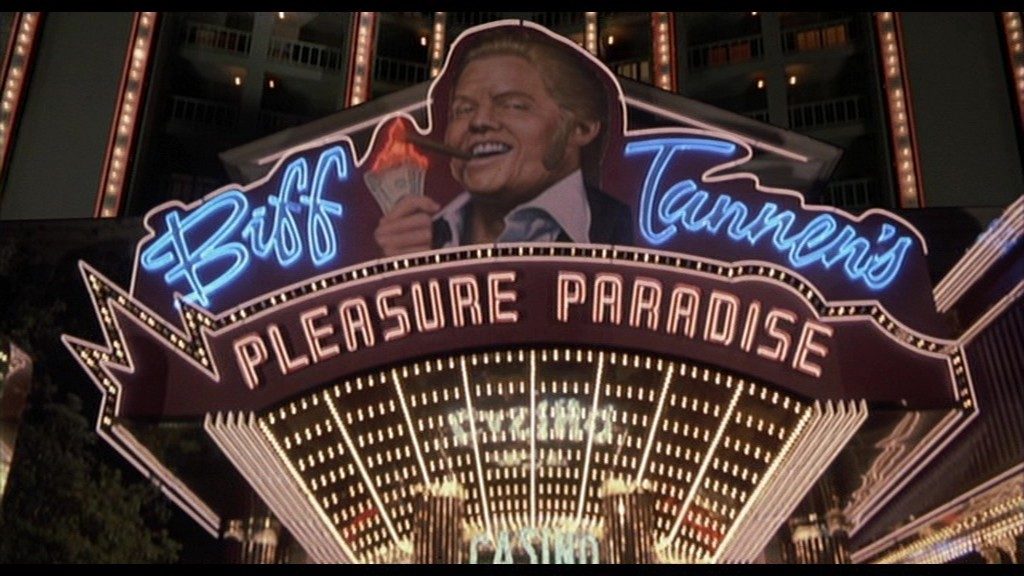 BiffCo Enterprises, also mentioned as BiffCo, is the business enterprise founded by Biff Tannen, the recurring bad guy in the classic Back to the Future movies. In the first half of Back to the Future 2, Marty decides that a Grays Sports Almanac could be an easy way to make money by placing sports bets with it when he returns to his original timeline, only to be told by Doc: “I didn’t invent the time machine for financial gain!” Consequently, Doc dumps the almanac in the trash.

However, Biff had been listening to the whole thing, so he grabs the almanac, and not long later in the movie manages to steal the Delorean, travel back to 1955 and approach his younger self with the Grays almanac.

Consequently, the Biff from 1955 makes millions successfully betting on horse races with the help of the sports almanac, and eventually creates the supervillain of the movie: his evil Biff empire. Biff Co invests in toxic waste reclamation and other heavy pollution industries, buying out other firms and property throughout the years.

Later in the movie, we come to understand the extent of Biff Co’s influence and authority throughout the Back to the Future 1985 world. The firm is portrayed as a large business conglomerate that operates without accountability and holds power over the police, local government, and consumer habits. Sound familiar? 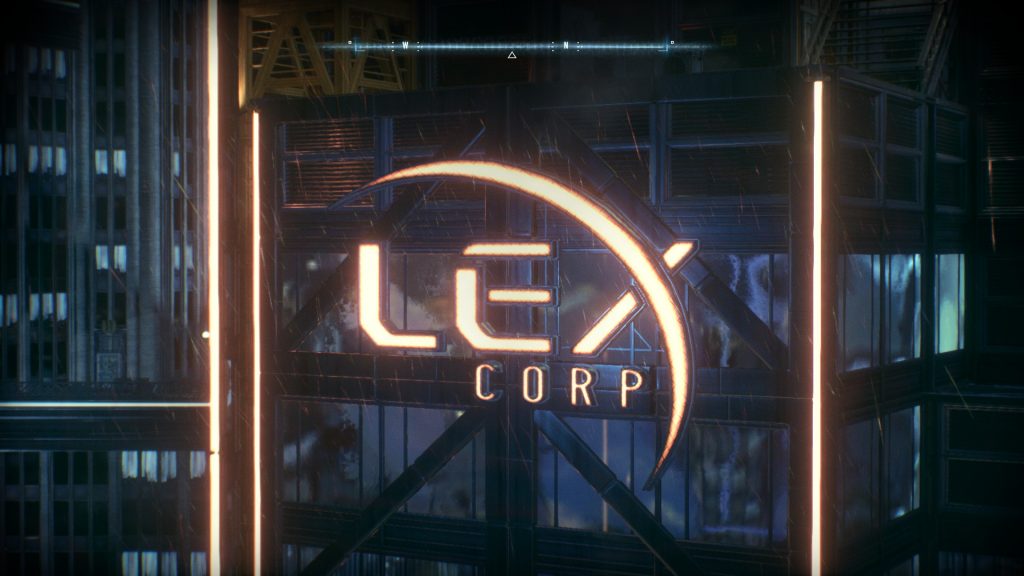 Throughout all of the Superman saga, comics and movies, the acclaimed hero’s most prevalent nemesis is Lex Luthor, Founder of LexCorp, an aerospace engineering firm which has become one of the world’s largest and most diversified multinational corporations.

In some of the Superman movies, LexCorp is painted to be an all-dominating multinational with power over governments far and wide, whilst in the comics, LexCorp owns several subsidiaries that pose as a front for Lex Luthor’s criminal operations. In a more recent Batman V Superman: Dawn of Justice, LexCorp is the biggest evil villain firm of them all, aiding in the destruction of Metropolis and the death of Superman.

Here’s a scene where Lex blatantly blackmails Superman into fighting the Batman, displaying the truly villainous streak he projects.

In the case of LexCorp, the firm is always presented by its Founder and Chief, Lex Luthor. He is the face of LexCorp in most scenes involving the sinister and often evil operations of the company. In the comics, the power and reach Lex Luthor has gained on the back of his firm eventually leads him to become President of the United States… could you imagine Jeff Bezos or Mark Zuckerberg becoming President? 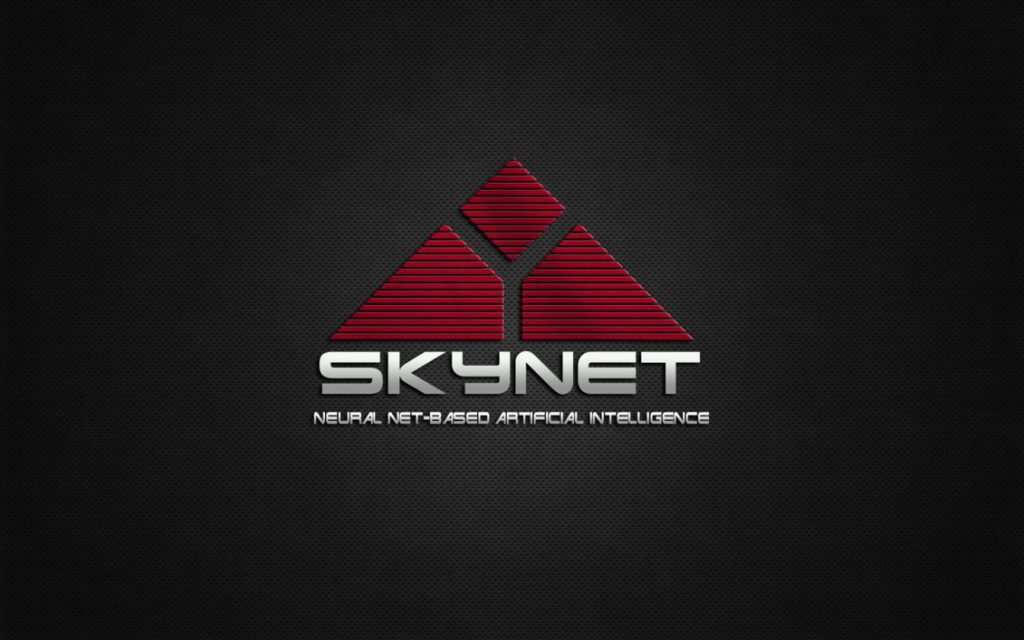 Skynet is the overarching villain in the Terminator saga. As a subsidiary of defence company Cyberdyne, just like Google is a subsidiary of Alphabet, Skynet is a tech firm in itself, but also a vast computer AI system that, like a virus, infiltrates computers and devices. It’s rarely displayed as a physically manifested villain, but serves the antagonist purpose throughout the movies.

Skynet was originally built to be a Global Digital Defence Network but is later given full access and control over the world’s military hardware, weapons and systems. Skynet first comes to life when the US military attempts to counteract a nuclear arsenal, following which Skynet gains consciousness and is impossible to deactivate.

In this scene from Terminator 3, Skynet is developing a mind of its own.

In Terminator Salvation, 14 years after the events of Terminator 3,  we find out that before the government dissolved Cyberdyne, the company developed a research program to create human cyborgs; a truly horrifying prospect for our reality. Looking at the tech that large firms are developing today, with the claims the public spreads surrounding Google and Facebook, their AI systems and how ‘they are always listening’, it’s understandable that many believe Skynet is coming, except this time around it will be called Alexa.

“Listen, and understand. That terminator is out there. It can’t be bargained with. It can’t be reasoned with. It doesn’t feel pity, or remorse, or fear. And it absolutely will not stop, ever, until you are dead.” – Kyle Reese The Terminator (1984)

If this worries you and you’d like to clarify any of the myths surrounding Skynet, Alexa and AI, this TED talk is worth the watch. 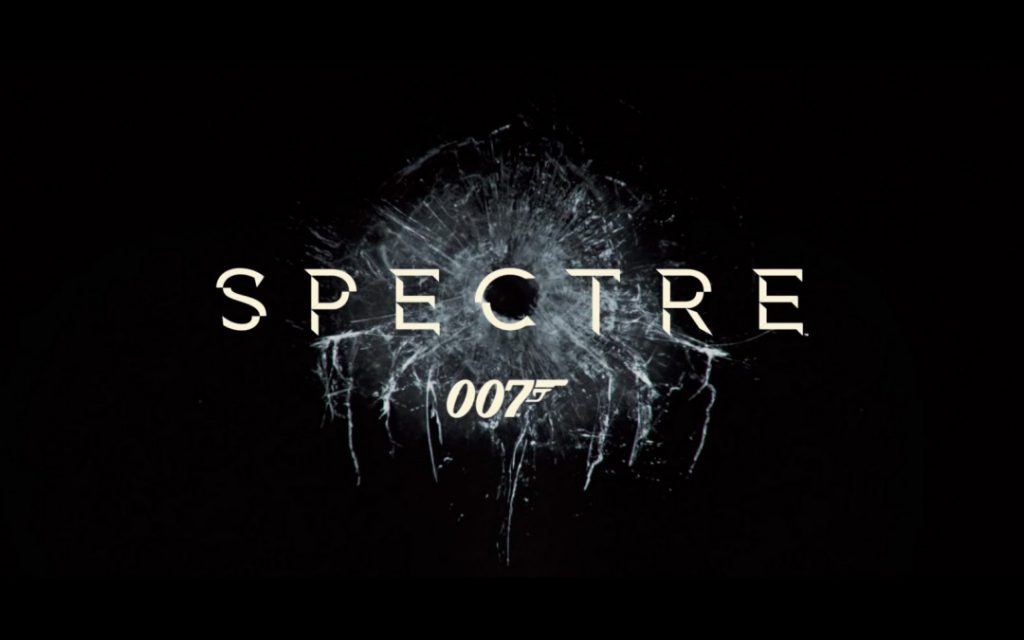 Though many other evil villains came before, SPECTRE is possibly the most evil mastermind behind the myriad of plans put against James Bond. Headed up by their leader Ernst Stavro Blofeld, SPECTRE is a counterintelligence firm intent on launching a global surveillance network, and for no good reason.

SPECTRE (SPecial Executive for Counterintelligence, Terrorism, Revenge and Extortion) is first seen in a much older James Bond movie, Dr. No (1962) and is comprised of around 52 criminal minds. Most of its members were originally part of the Gestapo, the Soviet SMERSH, Marshal Josip Broz Tito’s secret police, the Italian Mafia, or the Unione Corse.

Throughout the novels and movies, SPECTRE’s long-term goal is to see the world’s superpowers clash, and when weakened, present an opportunity for compromise. They have eyes and ears everywhere, as well as agents and plans emerging left, right and centre. SPECTRE develops counterintelligence technology and all the weapons used by villains in the Bond movies were to some extent designed and built by SPECTRE.

I don’t think any current multinational firm we know lives up to the evil magnitude of SPECTRE, but in the real world, the whole ‘eyes and ears everywhere’ concept goes way back, even before Ian Fleming introduced SPECTRE in 1961. In 2016, The Independent, among many other media sources, reported that Google voice record saved and stored all conversations and interactions, implying that Google is always listening. This year, similar reports are claiming that Google Assistant also listens all the time, records audio and that audio is processed by human employees. Perhaps SPECTRE might just be a little more real than we think. 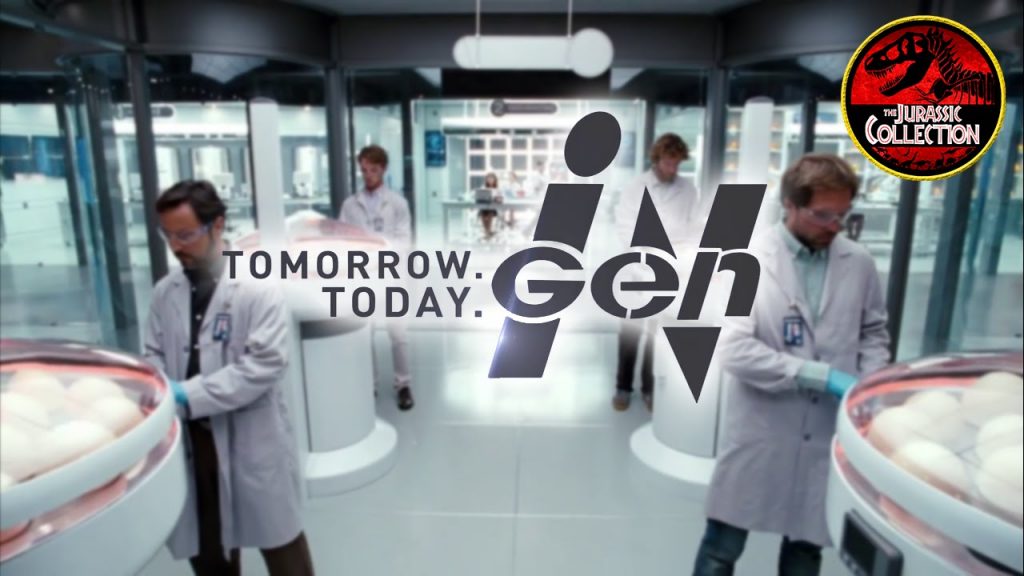 Another, more recent blockbuster, Jurassic World follows on from the much beloved Jurassic park series and features a terrible multinational organisation hellbent on weaponizing the newly raised dinosaurs of the park. If you didn’t see this movie, the face of the villain is a far more blunt and openly evil organisation version of InGen, also known as International Genetics Incorporated, International Genetic Technologies, or The InGen Corporation in the previous movies.

Funnily enough, InGen does claim to be a “completely different company today.”

Since the 1980s, InGen’s goal has been to clone and raise extinct animals. Having successfully achieved this in the original movies, 22 years later they move onto the events of Jurassic World, in which they go one step further and genetically engineer the DNA of the extinct animals to create new and more dangerous breeds. Consequently, one of these escapes and rampages through the park.

According to Director of Jurassic World, Colin Trevorrow, the genetically created Indominus rex is symbolic of consumer and corporate excess. The dinosaur was “meant to embody humanity’s worst tendencies.” Luckily there are no known multinationals like this, and it’s a stretch to think any company like Google or Amazon could achieve this or anything similar, so it’s safe to say we’re not likely to run into any dinosaurs on the street anytime soon.

The above five were simply the most remembered in our office, but many evil villains have come and gone since we’ve been making and watching movies. They influence the markets, consumer habits and spending, but they also teach us valuable lessons about large multinational firms and their growing presence in power. Which of these do you remember, and which do you think is the most like the large firms we live alongside today? Tell us your thoughts in the comments below.